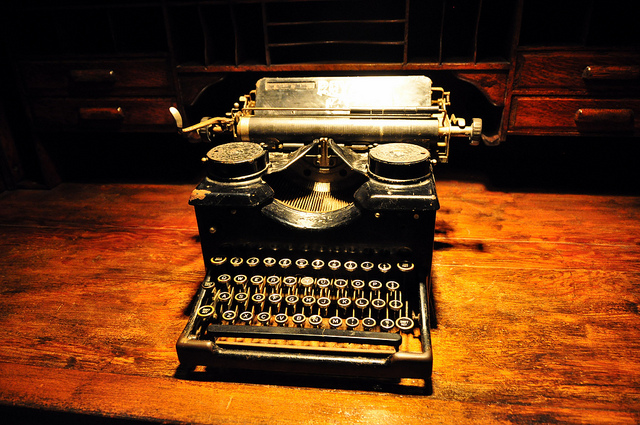 In recent weeks, we’ve discussed the titans of the film industry; Tom Hanks leads all actors in total domestic gross over the course of his film career with $4.07 billion associated with his films while Steven Spielberg towers over the list of film directors with $4.15 billion in total gross for his films — or a whopping $8.42 billion when adjusted for inflation. But now, it’s time to talk about the unsung heroes of Hollywood: screenwriters.

Screenwriting is an often romanticized career when it comes to Hollywood hopefuls, often even more so than directing or acting. However, unlike those two creative professions, screenwriting is often the least visible aspect of a film while also offering the least amount of control to those attempting to break-in. But for the screenwriters on this list, to say they’ve made it is an understatement — their films have made the studios billions of dollars, yet they could still walk around even Hollywood and likely go unrecognized.

For the purposes of this list, I have eliminated the writers who are more often thought of as a director before a writer. George Lucas, for example, tops the list easily with films like Star Wars and Phantom Menace, but he is more often associated with his directing — the same goes for writers like James Cameron and Christopher Nolan, who are much more well-known for their directorial outings and are sometimes not the only writer.

So here are the top five grossing screenwriters of all-time, not adjusted for inflation, and some of the films that took them to the top. These numbers, taken from Box Office Mojo, are only domestic earnings and do not take into account the billions of dollars many of these films have made outside the U.S.

Goyer has made a career out of being the go-to screenwriter for comic adaptations for the screen. However, he’s also had a lot of duds over the years with films like Sony’s (NYSE:SNE) Ghost Rider: Spirit of Vengeance and Fox’s (NASDAQ:FOXA) Jumper. But overall, he’s been a consistent player for Warner for over a decade with films like the Blade trilogy and the well-regarded sci-fi film Dark City.

And while Goyer currently finds himself at number five on this list, he’s likely to shoot to the top  within a decade if things continue the way they have been going. Along with penning Man of Steel, Goyer is set to write both the Man of Steel sequel and the upcoming Justice League film for Warner Bros. He’s also responsible for the story of the upcoming monster film, Godzilla, also from Warner Bros.; he has even been attached to write an adaptation for popular video game Metal Gear Solid for some time now. So even when Goyer isn’t directly responsible for the words on the page, his importance as a story-creator for successful blockbusters makes him one of the most powerful screenwriters in Hollywood. 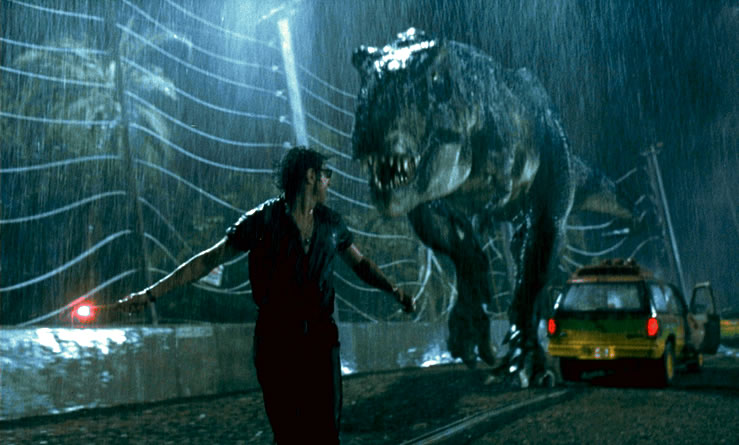 While David Koepp has directed some smaller films (Secret Window, Premium Rush) he is much better-known for his incredible track-record as a screenwriter. To date, his films have gone on to gross $2.25 billion at the box office and his highest-grossing film, Spider-Man, made $403.7 million at the domestic box office.

Koepp has long been one of the screenwriters that studios went to for the big-budget films directed by some of the biggest directors of our time. Throughout the 90′s, Universal (NASDAQ:CMCSA) had the screenwriter on lockdown, where he was responsible for the films Jurassic Park and The Lost World: Jurassic Park, which made $402 million and $229 million, respectively. In that time, he also wrote the first Mission Impossible film for Paramount, (NASDAQ:VIA) which went on to make $180 million domesticly.

Since the early 2000′s, he wrote a couple films for Sony, including Spider-Man and Panic Room, along with Paramount blockbusters Indiana Jones and the Kingdom of the Crystal Skull and War of the Worlds — both of which were directed by Steven Spielberg, who has been a consistent collaborator with Koepp. While you can argue that his writing doesn’t seem to be what it once was, the numbers are still there.

Up next for Koepp is a screenwriting credit for Paramount’s upcoming Jack Ryan: Shadow One and for Universal’s sequel to Snow White and the Huntsman.

Considering that Steve Kloves  so far only has twelve films to his name as a screenwriter and is still as high as number three on this list, it should be clear just how successful his films have been. And there’s a good reason for it: he was the screenwriter of every single Harry Potter film.

Kloves’ films have grossed a total of $2.41 billion — the highest being Harry Potter and the Deathly Hallows Part 2 with $381 million — and the average box office take for his films is $201 million: the highest on this list. With Warner Bros.’s Harry Potter series is complete, don’t be surprised if Klove’s name begins to appear on every studio’s radar now that he’s proven to be one of the best screenwriters in the industry from both a commercial and critical standpoint. 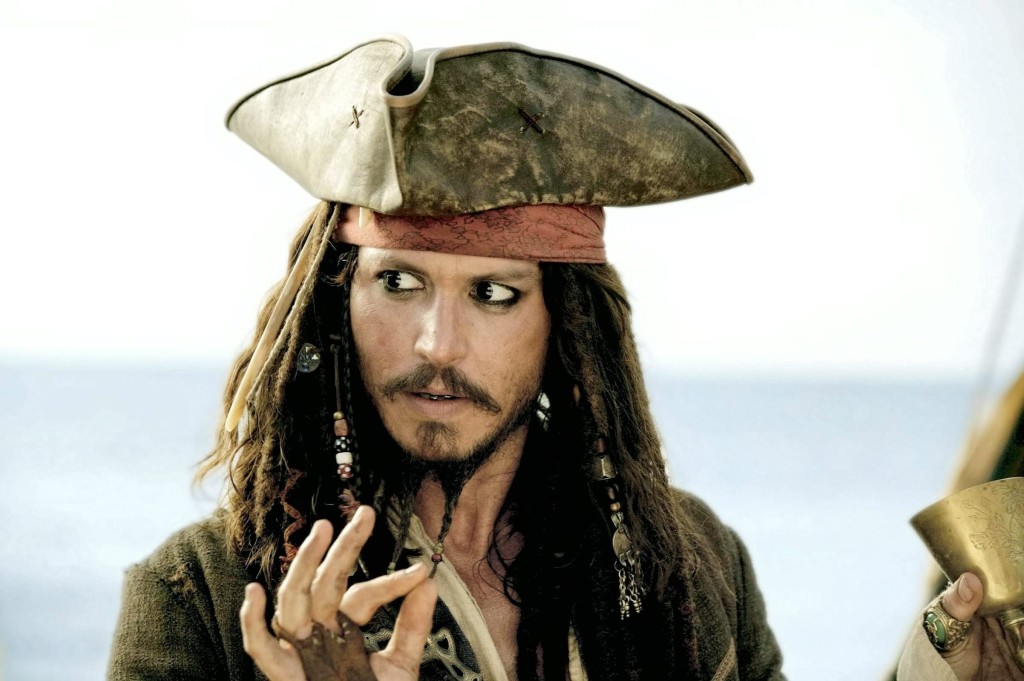 Technically, Terry Rossio is the number one screenwriter of all-time by numbers — he has written just one more film than Ted Elliott, good for $64 million more than Elliott overall — but the two hugely successful screenwriters should be put together for all accounts and purposes, because they are a writing team and share nearly identical screenplay credits.

The films of Rossio and Elliott have made $2.56 billion overall, with their biggest hit being Disney’s (NYSE:DIS) Pirates of the Caribeean: Dead Man’s Chest, which raked in a total of $423 million domesticly. In fact, the majority of the writing team’s biggest hits have been with Disney, writing the entire Pirates of the Caribbean franchise along with the successful action series National Treasure and its sequel National Treasure: Book of Secrets.

Moving back a little further, the team was responsible for the screenplay to the classic Disney animated film Aladdin, the Sony films The Mask of Zorro and its sequel, and the DreamWorks Animation (NASDAQ:DWA) films El Dorado and the hugely successful first installment of the Shrek series.

However, if we look more recently, Rossio and Elliott were responsible for the screenplay of a film that they’d more than likely love to forget: Disney’s huge flop, The Lone Ranger. 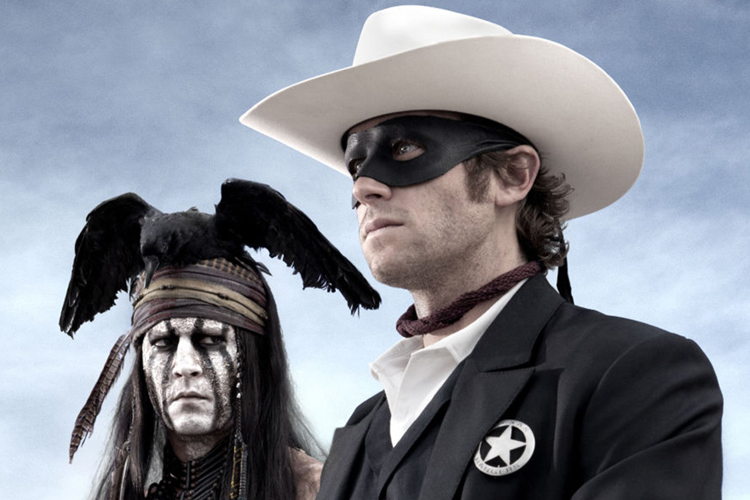 According to IMDB, the pair don’t seem to have anything in the books other than “character development” for the next two installments of the Pirates of the Caribbean franchise. However, given their track history, it’s unlikely to be long before Disney gives them a new shot at writing another hit.