5 Ways America Is Building Support for the Marijuana Industry 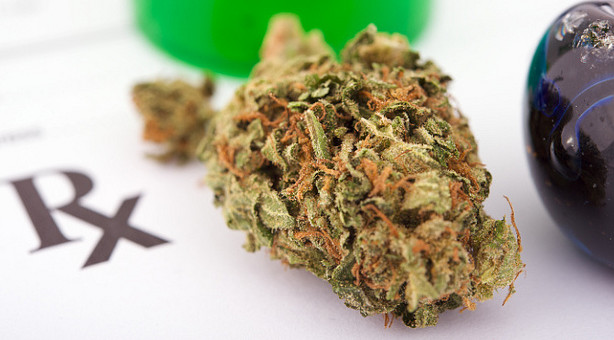 It no longer seems like a matter of if, but a matter of when the federal U.S. government will recognize legitimate medical uses for marijuana. Cannabidiol (‘CBD’), a less psychoactive chemical found in the marijuana plant, has a wide range of demonstrated medical applications for conditions such as epilepsy, multiple sclerosis, anxiety, schizophrenia, nausea, and seizures, and has even been used to inhibit the growth of cancer cells. Tetrahydrocannabinol (‘THC’), CBD’s psychoactive big brother, has also been used to address medical conditions such as neuropathic and chronic pain.

ProCon.org — an independent, nonpartisan, nonprofit organization – estimates that there are at least 2.4 million medical marijuana patients in the United States. This estimate, extrapolated based off of the number of patients currently in the system, likely understates the true number of people who could use cannabis for a legitimate medical reason. Under federal law (the Controlled Substances Act), cannabis and cannabis resin are Schedule I drugs, putting them in league with LSD, MDMA (aka ecstasy), heroin, and psilocybin.

This fact has hamstringed the medical marijuana movement. Patients, doctors, and researchers have been dissuaded from pursuing cannabis as a viable prescription for the myriad maladies and sicknesses that it can help treat because of federal laws and social stigma inspired by misinformation. 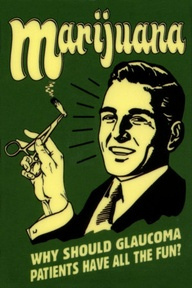 The medical marijuana debate in its current form really took shape in 1996 when California passed the Compassionate Use Act. The Act ensures, among other things, that “seriously ill Californians have the right to obtain and use marijuana for medical purposes where that medical use is deemed appropriate and has been recommended by a physician.” It was the first time a state dodged around the federal position and recognized legitimate medical uses for marijuana, opening the floodgates for 19 more states and the District of Columbia, which have since passed some sort of law or regulation of their own to the same effect.

However, this created a conflict of interest between state governments and the federal government. The issue came to a head in 2005 when the U.S. Supreme Court heard Gonzales v. Raich, in which a California producer of marijuana for medical use sued the government for interfering with their right to produce. (By that, we mean the operation was shut down by the Drug Enforcement Agency.) The case addressed the inevitable issue: what happens when the federal government decides to exercise its authority over a conflicting state law? The short answer is: the fed wins.

But the tide appears to be changing. America is building a case for medical marijuana with a growing intensity. More and more doctors are recognizing legitimate uses for cannabis and patients are coming forward to tell their stories to advocate marijuana’s ability to increase the quality of life for those who suffer debilitating diseases. Spurred by the rising social tide of support, more and more politicians, public figures, and thought leaders have declared their support for the legalization of medical marijuana — and within it all, an industry that has existed in a legal gray area for decades is stepping into the spotlight.

Dr. Sanjay Gupta is CNN‘s chief medical correspondent and, for years, prescribed to the belief that there was no legitimate medical use for cannabis. His position was based off the education he received at the University of Michigan and his experience with professional literature as a neurosurgeon and assistant professor at Emory University School of Medicine.

All told, impressive credentials — Dr. Gupta is an Emmy-award winning correspondent on health-related issues. His coverage of health issues influences the thinking of millions of Americans. In 2009, he wrote an article for Time, which was titled “Why I Would Vote No On Pot.”

Data compiled by Pew Research shows that a majority of Americans now think that marijuana should be made legal. Support for the legality of the drug increased 11 percentage points over the past 2 years to claim a 52 percent share of survey participants.

4. Seniors are the fastest growing group of marijuana users

There’s no hiding the fact that getting older comes with complications, and it’s also no secret that prescription medication used to manage some of the difficulties of aging can have damaging side effects. With this in mind, a growing number of senior citizens have turned to marijuana.

There is an obvious social appeal to legalization. Marijuana is one of the most popular recreational drugs in the country despite its legal status. A separate Pew study found that 48 percent of adults have at least tried marijuana. Within that figure, 12 percent said they have tried it within the past year. Recreational use is still more popular than medical use and will probably continue to be despite legality. But the marijuana debate wouldn’t be making so many waves if it were simply an issue of recreational use.

Not to be too punny about it, but the campaign to legalize medical marijuana is a grassroots effort. States have passed laws and regulations that oppose the federal position because of the huge amount of demand from their constituents to address the matter. Individual patients — many of whom suffer from life-threatening conditions that are only treatable with cannabis — have become the most powerful spokespeople.

As one example, the Orlando Sentinel reports that United For Care has collected 110,000 signatures so far for a petition seeking to put a medical marijuana issue on the state’s 2014 ballot. Cannabis.org has launched a campaign called “Tell The Truth,” which is trying to encourage state and federal government officials to “tell the truth about medical marijuana.”