The 6 Cheapest Grocery Stores in the U.S.

Grocery shopping isn’t cheap, especially when you’re trying to stick to a tight budget. Retail food prices have risen faster than the overall rate of inflation, the U.S. Department of Agriculture reports, with 55% of consumers in 2015 telling Gallup they were continually spending more on groceries than they did the year before. The average American family spent about $3,971 in 2014 on groceries, equalling about $331 per month and 7% of annual expenditures. (When you account for all food spending including dining out, that comes to $6,759 per year and 13% of expenditures.)

It can be a challenge to stick to a budget when you’re grocery shopping, but several growing chains are helping customers save money by offering lower food prices. If you’re willing to skimp on top of the line amenities in the store itself and you’re willing to try store brand potato chips instead of Lay’s, you can find stores that offer good deals in most areas of the country.

Because prices vary by region, as do the stores in business, it can be hard to compare apples to apples (or eggs to eggs). However, these stores have earned their reputation for saving you money — often even more than your nearest Walmart.

When it comes to low-priced groceries, Aldi’s reputation for delivering is almost unbeaten. In one shopping comparison by Cheapism for The Huffington Post, a full grocery cart cost about $72.30. The same list of items cost $13 more at the local Walmart, and a full $21 more at Kroger, one of the regional grocery chains in the area. Another price comparison in Manhattan found that Aldi’s prices were about 22% cheaper than Walmart. Some of the biggest savings were on items like butter, bags of oranges, juice, and cereal.

As one Forbes article explains, Aldi can save all that money because it cuts back — way, way back — on the “necessities” most other grocery chains offer. Most of the food is in-house store labels, and typically there’s only one variety or size of that item available. Customers bag their own groceries with bags from home, and you deposit a quarter to get a shopping cart. When you’re finished shopping you get the quarter back, but returning it saves money by making the customers return the carts, not another employee.

What’s more, you save money simply because there are fewer options. Aldi stores typically have about 1,400 items, compared to the 30,000 available at many stores. While that can be seen as a drawback, it’s not always the case, Trent Hamm writes on The Simple Dollar. “Shopping at a ‘simpler’ grocery store minimizes the number of decisions you make, which reduces decision fatigue along with the opportunities you have to drop unplanned and unnecessary things into your cart,” Hamm explains. Aldi is continuing a major expansion of stores through 2018 with a goal of 2,000 stores nationwide. Currently, the chain operates 1,500 stores in 34 states.

You might not have heard of the next cheapest grocery store … 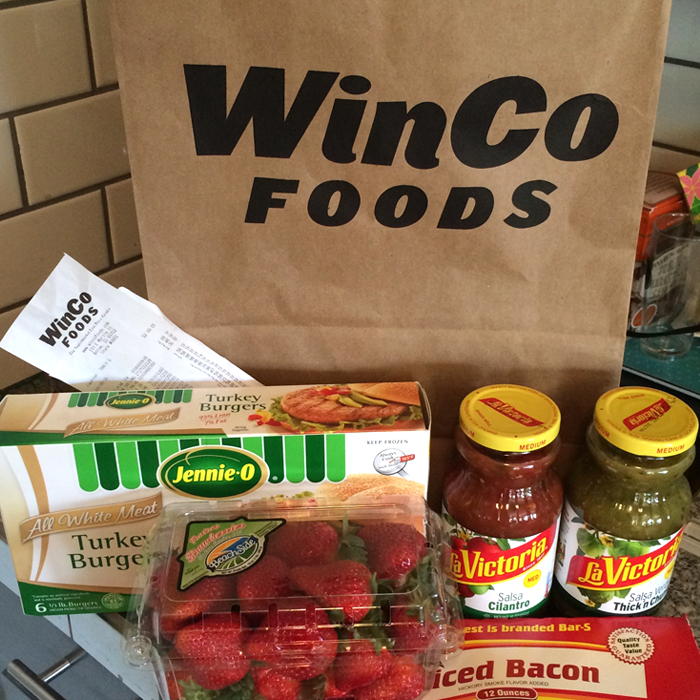 This smaller chain of about 100 stores is based in Idaho but has locations in the Pacific Northwest, parts of California, Arizona, and Texas. The stores are employee-owned and have been dubbed “Walmart’s worst nightmare” by one grocery analyst.

WinCo also made Consumer Reports’ list of grocery stores with the best prices. You won’t find many frills at the stores, but the chain frequently undersells Walmart and other regional grocery chains. (From personal experience, the store frequently posts signs that compare WinCo’s prices to Walmart and other chains, with WinCo’s cost often 50 cents to a dollar or so cheaper, depending on the item.) The store receives items directly from farms and factories, often cutting out middlemen that raise the price. You’ll find WinCo store brand items along with name brands, but the store typically won’t have more than a few varieties of popular items.

“Everything is neat and clean, but basic,” Jon Hauptman, partner at retail consulting firm Willard Bishop, told Supermarket News. “Though the stores are very large, with a lot of categories, they lack depth or breadth of variety.” WinCo also passes on savings by asking customers to bag their own groceries, and refusing to allow credit card purchases. (The extra fees can be killer for retail outlets.)

One more thing WinCo has going for it that Walmart can’t offer: The company treats its employees fairly. Time reports WinCo extends health benefits to anyone who works 24 hours or more per week and also provides a pension that’s paid for by the company. 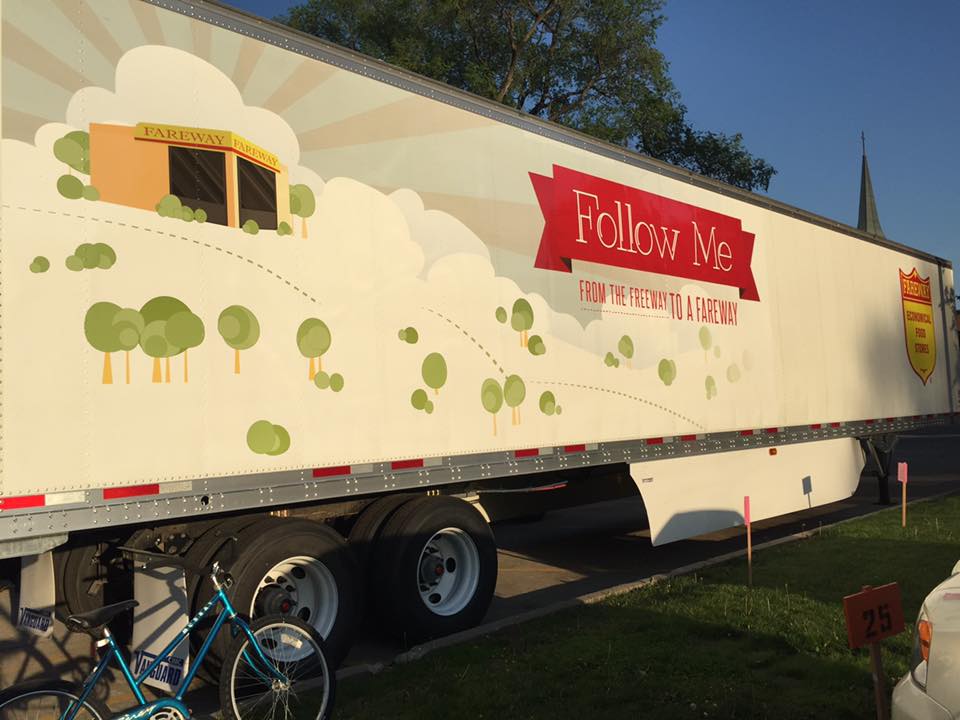 Located in the Midwest, this chain of discount grocery stores falls somewhere between Aldi and a typical grocery store in terms of selection, Trent Hamm of The Simple Dollar says. The chain saves money with a smaller store and fewer staff members, but does offer more in terms of product variety. The one thing stores like Fareway and Aldi lack is a robust produce section, though Hamm says the selection at Fareway is slightly better than at Aldi.

Like WinCo, Fareway stores also made Consumer Reports’ list of stores with the best prices. According to the publication, about 45% of people will leave a grocery store in search of lower prices — the most motivating factor for going elsewhere for groceries. Cleanliness, poor selection, and rude employees can also play a part, but money speaks loudest of all. 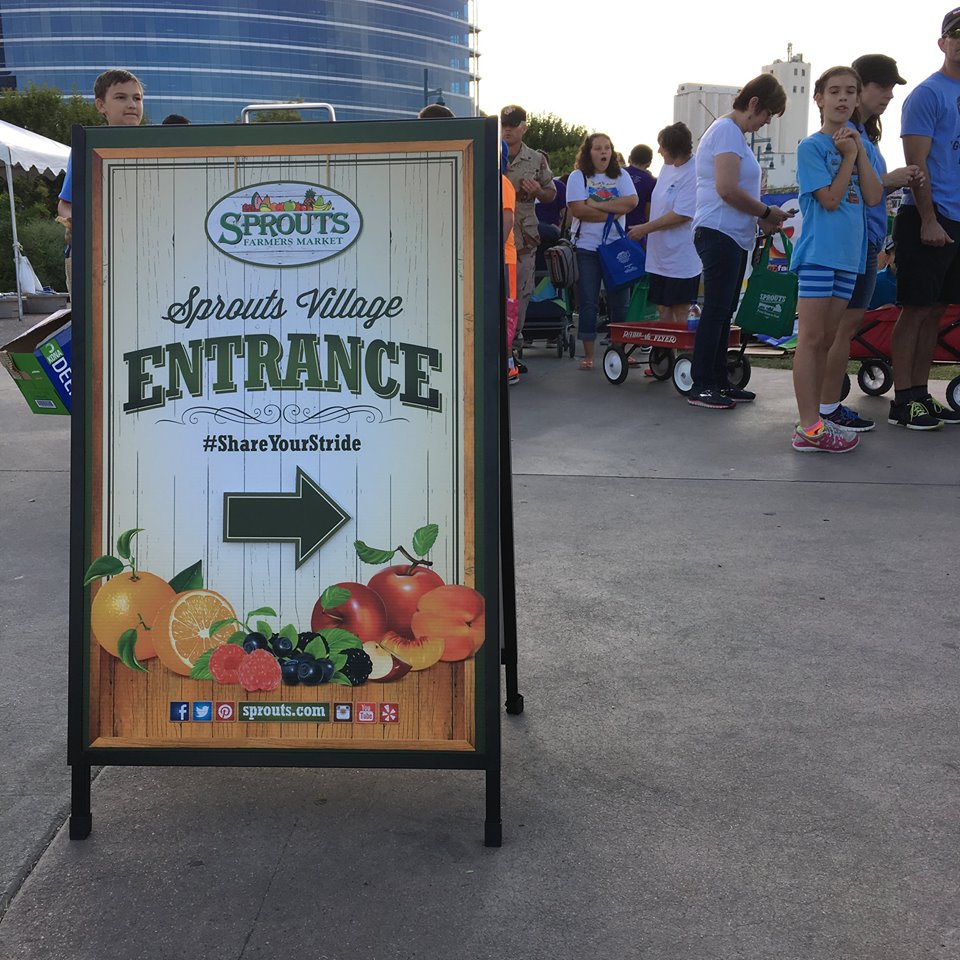 Though technically competitors, Sprouts and Fresh Thyme are mentioned in the same breath because of their similar approach to focusing on affordable, fresh produce. The stores offer other items as well, but showcase their produce selection in the center of their stores, instead of on the outside aisles like many store formats.

Both stores, coincidentally, are known for their affordable prices. This is a huge perk, since many low-cost grocery stores skimp on their fruits and veggies to keep labor and delivery costs down. The opposite is true for these chains. “It’s really about quality, freshness and moving volume hard and fast … We’re also moving three times or more the average inventory of a store per week,” Sprouts CEO Amin Maredia explained in an investor’s meeting.

Fresh Thyme is located primarily in the Midwest, with Sprouts in 12 states in the West and other areas. Both chains expect to continue opening new locations, Time reports.

Though this store has a boutique feel with more specialty items than you’ll find in other discount stores, it’s a much more affordable option compared to places like Whole Foods and other options that focus on quality products. Interestingly enough, Trader Joe’s is owned by the same family who owns Aldi, and both are continuing to expand across the nation.

Similar to Aldi, you’ll find many more store labels instead of recognizable brands for cereal, granola bars, and frozen meals. However, Trader Joe’s commitment to affordability earned the chain a spot on Consumer Reports’ list of best-priced grocery outlets. You’ll probably be more tempted to add Two Buck Chuck (now actually $2.49) and cookie butter to your cart, but you’re still more likely to save some money if you buy those “extras” sparingly.

All of the other grocers on our list operate in a similar manner to any other regional chain, but with fewer frills. Salvage grocery stores, however, buy the “seconds” other stores can’t or won’t sell and pass them on to the customer at a much cheaper price. You’ll find brand name juices, cereals, and canned goods, but many of them will be dented, beat up a little bit, or nearing their expiration date. If you’re loyal to certain brand items but don’t want to shell out the money they normally cost, this might be a good option.

Many salvage outlets are operated independently, but Grocery Outlet Bargain Markets operates some stores in Pennsylvania and others on the West coast. As WiseBread points out, their selection of natural, organic, and specialty items can be extensive — for often half the price of what you would pay for the same item at Whole Foods or another grocer. Of course, checking the dates is a good idea, but many products are OK to consume past the dates on the label if you’re not squeamish about that. Money Crashers provides additional information about what to look for if you choose to shop at a “seconds” type of store.