When it comes to Thanksgiving, many Americans generally think of three things: family, turkey, and of course, football. It’s long been a tradition to hunker down in front of the fire on the fourth Thursday of November and watch the Dallas Cowboys and Detroit Lions take on their opponent of the day, and this year will be no different as the Green Bay Packers and the Lions go head to head at noon, the Cowboys play the Oakland Raiders mid-afternoon, and the Pittsburgh Steelers play the Baltimore Ravens at night.

It’s a custom that many enjoy, and luckily for football fans, the fun doesn’t even end on Thanksgiving. In fact, for college football junkies, it’s only getting started once the pumpkin pie gets cleared from the table, because Thanksgiving weekend is when the real college rivalries play themselves out.

Here are seven Rivalry Week 2013 matchups you should watch as the turkey coma wears off. 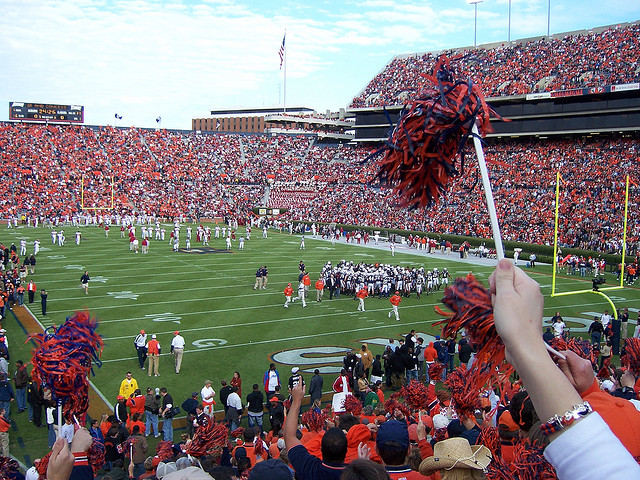 Perhaps the most anticipated football game this weekend is the Iron Bowl, played between Alabama and Auburn. These two standout SEC teams foster one of the most bitter rivalries in college football, and with Auburn’s 10-1 record this season against Alabama’s 11-0, the stakes are higher than ever. The rivalry dates back to when Auburn and Alabama were the only Alabama schools in what is now Division 1 FBS, but the antagonism continues to run deep even to this day.

Alabama and Auburn will duke it out at 3:30 p.m. Eastern this Saturday on Auburn’s home turf. Alabama has beaten Auburn in their last two meetings, but Auburn upset its rival in 2010, edging by with a 28-27 final score. 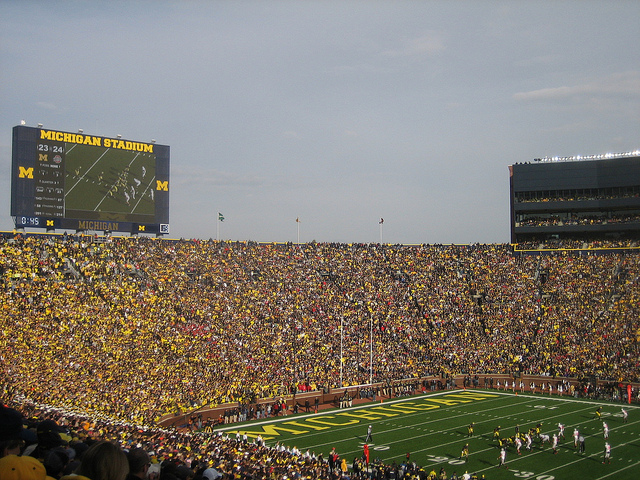 Meanwhile, over in Big Ten land, Michigan against Ohio State is the game to watch come Saturday. This rivalry, too, brings together bitter enemies over Thanksgiving weekend. Known just as “The Game,” the annual matchup between the two Midwestern schools has been held at the end of the regular season since 1935 and accounts for one of the Big Ten’s most intense rivalries.

This year, the meeting will take place in Ann Arbor, Michigan, at 12 p.m. Eastern, when the 7-4 Wolverines will take on the 11-0 Buckeyes. Michigan leads the series between the two rivals 58-44-6, but Ohio State won last year, with a close score of 26-20. 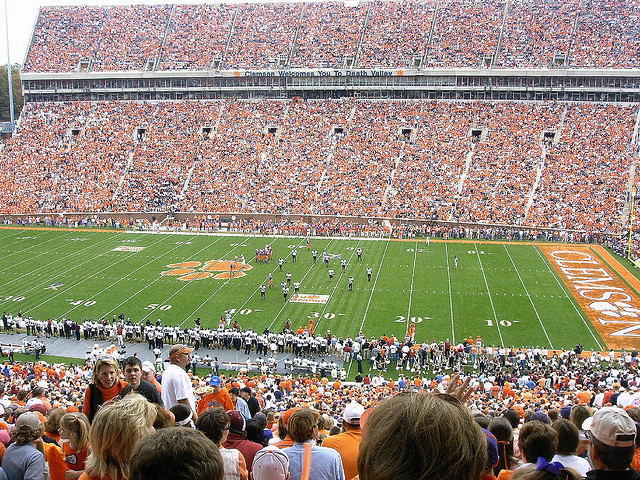 Also on Saturday is the matchup between the South Carolina Gamecocks and Clemson Tigers — another classic rivalry that will kick off in Columbia, South Carolina, at 7 p.m. Eastern. The two South Carolina universities have been rivals since the 1880s, and the tension continues to this day, as Clemson enters the matchup 10-1 and South Carolina arrives with a 9-2 season under its belt.

South Carolina is in the SEC and Clemson is in ACC, but the rivalry extends much further than conferences and even competitive collegiate lines. The Gamecocks haven’t lost to the Tigers since 2008, but Clemson will enter this meeting with a slightly better record. 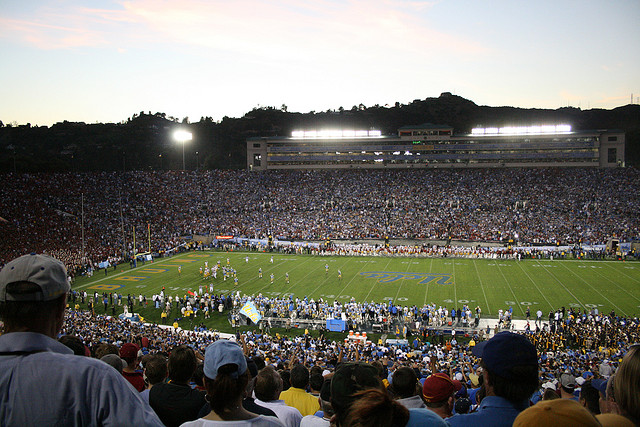 Over in the Golden State, football fans will watch USC square off against UCLA on Saturday as both teams compete to capture the Victory Bell. Like all the other rivalries we have so far mentioned, the tension between the UCLA Bruins and the USC Trojans dates back many years and still continues today, as the two universities sit just 12 miles from each other in the same city. This game no longer has the implications of the Pac-12 South Championship, but both the Bruins and Trojans enter the meeting with three losses, with UCLA coming in 8-3 and USC coming in 9-3.

The matchup will take place at the Los Angeles Memorial Coliseum (USC’s home ground) at 8 p.m. Easten on Saturday. USC leads the series with UCLA 44-29-7 and will try to take back the Victory Bell after losing last season at the Rose Bowl 38-28. 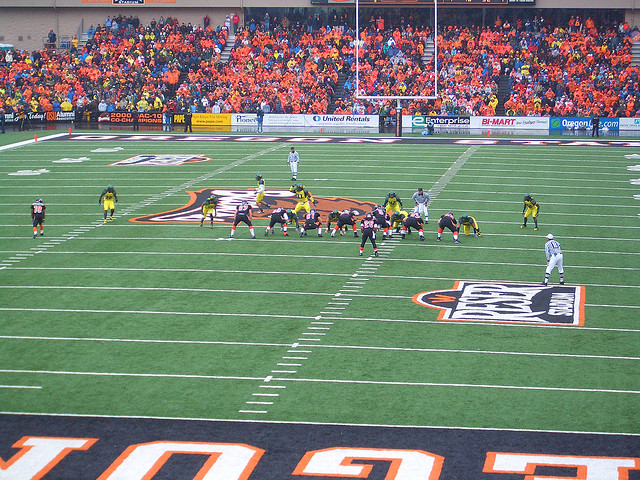 Not all college rivalry games are taking place on Saturday. Some are taking place on Friday, too — such is the case with the matchup between the Oregon State Beavers and the Oregon Ducks. The “Civil War” is the name given to the game that will kick off in Eugene, Oregon, at 7 p.m. Eastern on Friday night, and it is known as the seventh most-played college football rivalry game in the United States.

First played in 1894, the bitterness between the two schools has run deep ever since the two universities’ football teams first met. Oregon State will enter the game this year just above .500 at 6-5 while Oregon has with a 9-2 record. The last time Oregon State beat Oregon was in 2007, when the Beavers pulled out a 38-31 win. 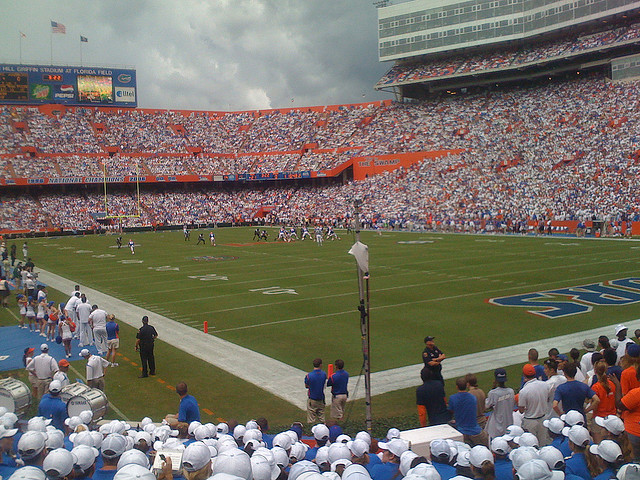 Also playing this weekend are the Florida State University Seminoles and the University of Florida Gators. As two of the oldest public universities in Florida, these two schools’ rivalry dates back to 1958 when they played their first game against each other.  The Gators and Seminoles have been playing each other at the end of the regular season even since, but this matchup Friday night is especially anticipated because Florida State is coming in undefeated, at 11-0, while the Florida Gators are only 4-7.

Bragging rights are therefore not only on the line, national championship implications are, too, and the Gators and Seminoles will square off at 12 noon Saturday in Gator territory. 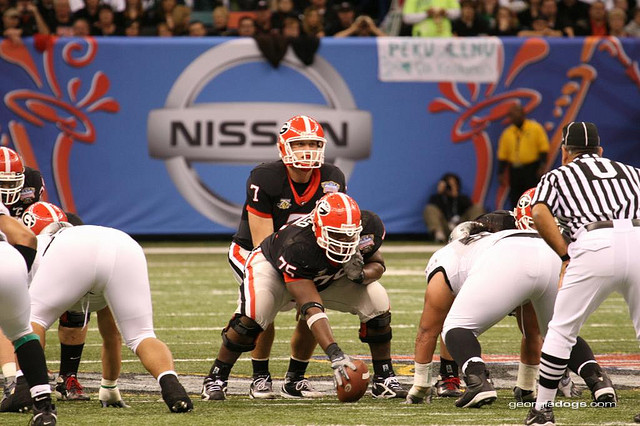 We’ll conclude our list with some “Clean, Old-Fashioned Hate,” even though many more college rivalries will play themselves out on Friday and Saturday. The Georgia Bulldogs and Georgia Tech Yellow Jackets matchup this season is well anticipated because both teams enter the game 7-4, something that doesn’t happen too often. The rivalry between the Yellow Jackets and the Bulldogs dates back to 1893 and has been heated ever since, with the two universities separated only by 70 miles.

Clean, Old-Fashioned Hate is the nickname granted to the bitterness, and the two football teams have been squaring off religiously at the end of the regular season. Georgia is currently ahead in the series, with a record of 63-40-5, but those standings could change come Sunday once they play on the Yellow Jackets’ turf at 3:30 p.m. Eastern.