Americans may be addicted to shopping, but that doesn’t mean that we don’t sometimes cut back. “In the past five years, consumers learned a hard lesson on getting by on less,” Pam Goodfellow, an analyst with Prosper Insights & Analytics said in an interview posted on the National Retail Federation website.

Consumers did increase their spending in certain categories from 2013 to 2014. People spent 20% more on health insurance, in part because more people reported buying coverage. (The BLS also adjusted its method for collecting data about health insurance spending, so it may be that these numbers are simply more accurate than they’ve been in the past). Overall health care spending was up by 11.3%. Health care spending has gone up every year since 1996, according to the BLS.

Still, consumers did tighten their spending in several key areas, including education, household furnishings, and clothing. Below, we review five areas where people spent less in 2014 than in 2013, according to BLS data.

People may have been devoting a larger share of their income to rent, mortgages, and utilities, but they cut back on spending to furnish their homes. Spending on household furnishings and equipment dropped 7% from mid-2013 to mid-2014.

While it’s easy to drop thousands of dollars when furnishing a new house or updating a room’s look, this is also a category where it’s not hard to scale down costs. Today, budget-conscious consumers have plenty of options for outfitting their home on the cheap, from affordable items at stores like Ikea to garage sale finds and hand-me-downs.

In mid-2014, consumer spending on apparel and related services like dry cleaning and alterations was $1,674 for the year, down from $1,706 in mid-2013. Cutbacks in clothing expenditures occurred at almost all income levels. Only people with incomes in the top 20% increased spending in this category, from $3,277 to $3,339.

Spending on clothing may have dipped slightly in 2013, but that doesn’t mean that people aren’t wearing the latest fashions. Americans buy billions of articles of clothing every year — an average of 64 new closet-cluttering pieces of clothing per person, plus more than seven pairs of new shoes, in 2013 alone, according to the American Apparel and Footwear Association.

Despite lots of noise about the rising costs of college, spending on education actually dropped from mid-2013 to mid-2014. Overall, consumers spent $69 less on tuition, textbooks, supplies, and other education expenses, or $1,143 versus $1,212. 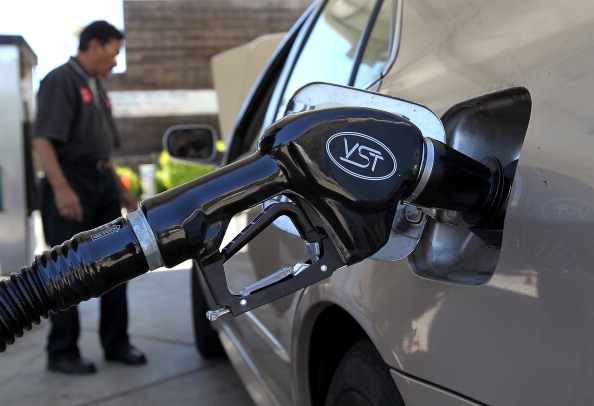 Consumer spending on gas could fall even further, given the significant decrease in gas prices over the past year. The average price of a regular gallon of gas was $2.46 per gallon as of April 20, according to AAA, compared to $3.67 per gallon one year earlier.

In addition to donations to charitable organizations, cash contributions also includes any other money given to people who aren’t living with a person, including alimony and child support, or even spending money deposited in a college student’s bank account.