The 6 Most Powerful Business Women in America 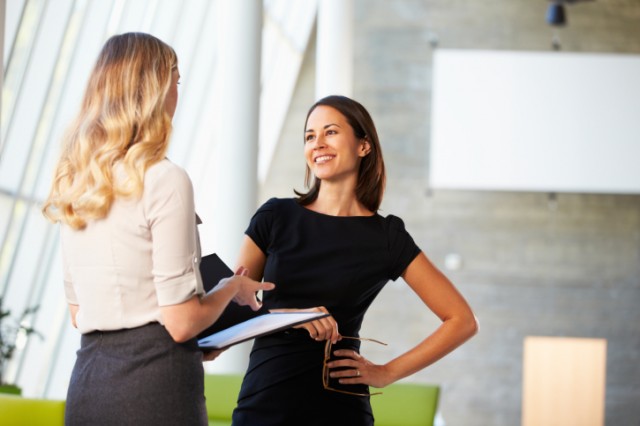 The number of female CEOs leading American companies has grown over the past decade. In 2014, there were 24 women leading as CEO among Fortune 500 companies, and 27 women among Fortune 1000. And even though progress seems slow, it’s faster in the United States than any other region in the world. A study last year by Strategy& found that 3.2% of companies in the United States and Canada had women leaders, compared to the lowest rate of 0.8% in Japan. The consulting firm expects that women will make up one-third of new CEO appointments by 2040.

Analysis by Fortune magazine of its own rankings lists shows that only 5% of Fortune 1000 companies have female CEOs at the helm. However, those companies generate 7% of Fortune 1000’s total revenue. And what’s more, only two of the 20 largest companies in America that are led by women saw their stocks dip in 2014. 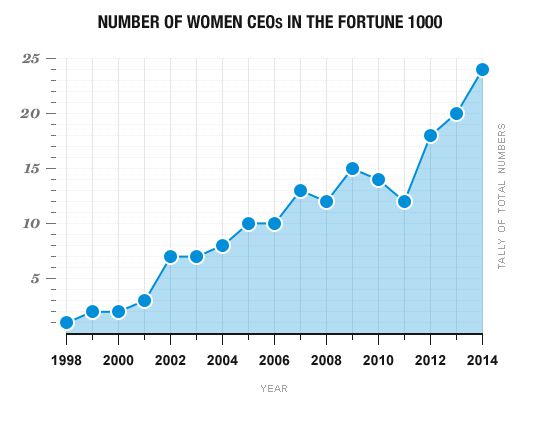 Those numbers show the continued work women have ahead of them if they aspire to one day lead a company. However, there are several women who are already leading massive companies in the United States who often have unique opportunities to steer their companies — and industries — in a new direction.

“Power” is a subjective term. But our list takes into account the size of the company each woman is leading, challenges she faces and opportunities the company will have for growth under her leadership. While it’s a challenge in itself to maintain the status quo of companies worth billions of dollars, it’s quite another to make strides forward into new areas of growth. Because of those opportunities and the position of each company today, these six women have the chance to shape American companies for the future. 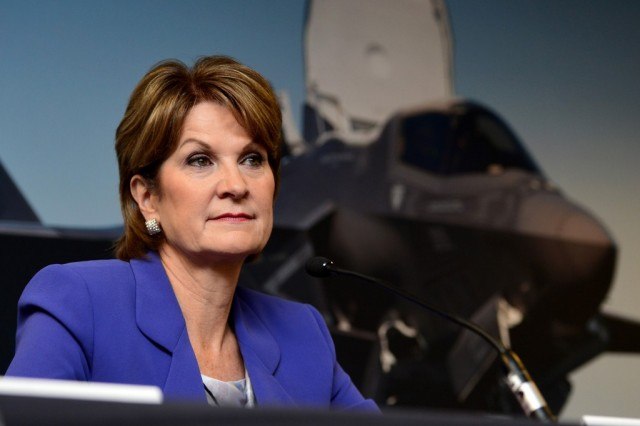 Hewson began leading the company at the beginning of 2013 and has led it through the waning years of military demand and defense spending. But despite a weakened cry for defense-related projects following the decline of the United States’ military presence in the Middle East, Hewson has turned toward other research and projects in efforts to keep the company’s profile strong. The company, which has a $63.03 billion market cap at the end of February 2015, has made “innovation” its key word, according to a Forbes interview with Hewson in August 2014.

And it’s not just building up existing brands, either. “We are looking beyond how we can help our customers today, to problems they may not even know they have yet,” Hewson said. The company is researching renewable energy and received a license to mine on the Pacific seabed, but it also committed to continued investments in its F-35 fighter project and other defense contracts that are the company’s bread and butter. The balance seems to be working, as stocks have risen from $86.87 per share when Hewson took the reigns, to just over $200 per share at the end of February 2015. 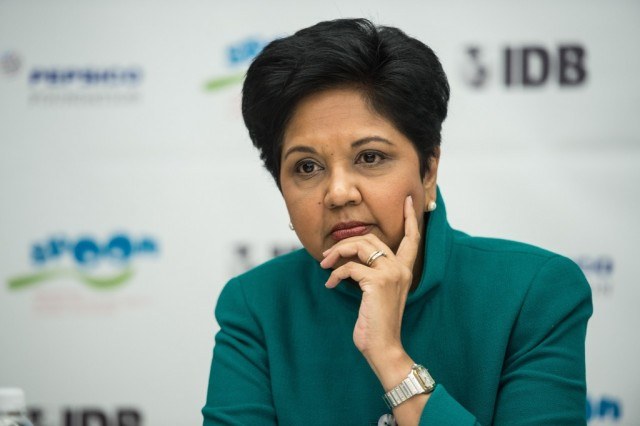 PepsiCo’s staple soda products might be getting a bad reputation recently for the amounts of sugar in the carbonated beverages, but the company’s leader has pushed for new product lines and other innovations that have kept the company moving forward. Nooyi has worked her way up through the company since 1994, and was named CEO in October 2006. PepsiCo has increased its research and development spending 25% since 2011, and the commitment has paid off. Of 2013’s 50 best-selling new food and beverage products in the U.S., nine were from PepsiCo brands.

Nooyi also proved that people are paying attention to her career when she sparked a debate in July 2014 about the work-life balance of women in management and leadership roles. And though the soda industry is in flux, the company’s performance has been on the upward trend: Shares increased 56.4% to about $99.23 over the course of her tenure so far. Another interesting note: Strategy& found in its study that the median tenure for CEOs is about five years, meaning Nooyi has already outlasted the norm. 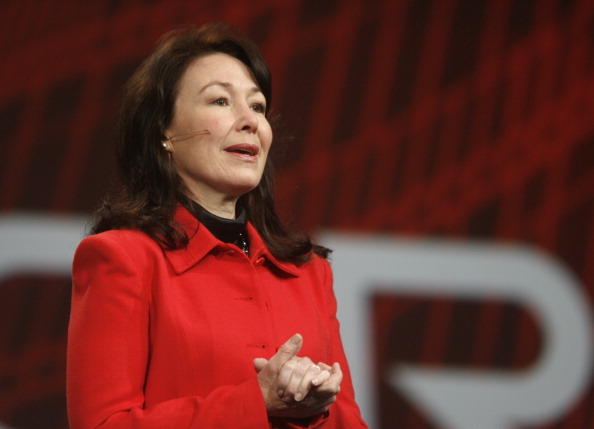 The advisor to former CEO and founder Larry Ellison stepped into a co-leadership role with Mark Hurd in September 2014. With the CEO duties essentially split, Catz is reported to oversee the manufacturing, finance, and legal functions at the company. The world’s largest database company is now under the guidance of two leaders, though Ellison is still very much in the picture. Catz has also been named the highest paid female executive for several years running, bringing home a reported $44.3 million in total compensation in 2013. Shares in the company dipped after Ellison’s abrupt announcement, but have risen 10.3% since Catz and Hurd began sharing the CEO position. 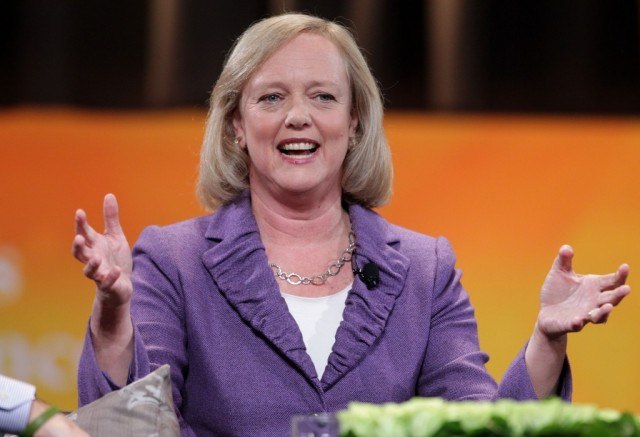 Whitman has served not once as the CEO of a major company, but twice. The former CEO of eBay moved to the ailing tech giant in 2011 to help the company through a recovery plan she maintains will take until 2016 to complete. In October 2014, Whitman announced the company will be splitting into two publicly traded companies to become more “nimble” and adapt to changing trends in technology. In the change expected to be finalized in 2015, Whitman will serve as chairman of HP Inc., the personal computer and printing division. She will also serve as CEO of Hewlett-Packard Enterprise, which will trade under a new ticker (HPE), and will provide industry-grade computing and networking gear. As Whitman has begun to restore investors’ faith in the company, shares have almost tripled. 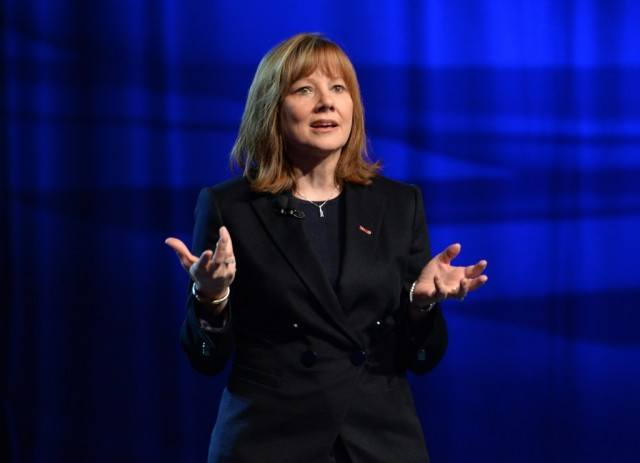 It’s possible that Barra experienced the toughest first year as CEO than any other female on our list. Barra officially began as CEO on January 15 last year, and in April was testifying before Congress about when she and other GM executives first learned of the need for a recall of 2.6 million cars with faulty ignition switches. Barra, the first woman to lead any of the largest automakers, will already make history as breaking the glass ceiling in the industry. But if Barra is telling the truth about the timeline and is able to continue leading the company, she’ll also have the unique position of being able to reshape how recalls are handled within the company.

The wave of automotive recalls in 2014 was staggering, and people are more wary than ever of the inner workings of the cars they choose to drive. Though it’s not a surprise to anyone that the company’s stock dropped in 2014, Barra could have the chance to reshape the company’s behaviors moving forward. “The leadership team, the top 17 people who run the team, we have to demonstrate the behaviors. We have to change,” Barra said during a women’s leadership summit in October. It doesn’t hurt that the chief executive still knows how to sell a car: Last summer, she convinced perennially frugal Warren Buffet to part with his 2006 Cadillac DTS in favor of a newer XTS model. 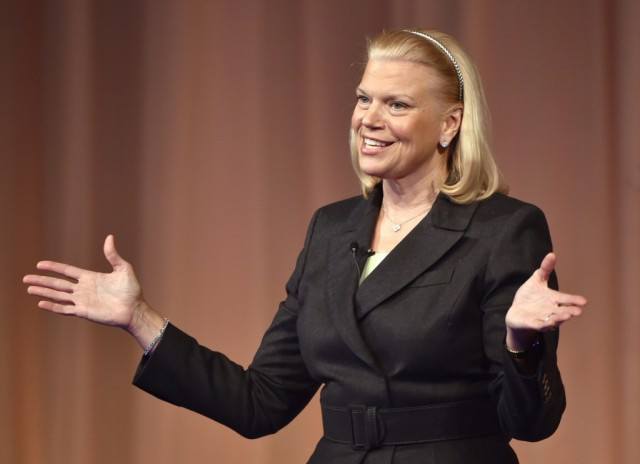 Rometty, like a few other women on our list, worked her way up through the company and was named CEO at the beginning of January 2012. With a market cap at $160.19 billion, IBM is the largest American company led by a woman. Rometty’s tenure hasn’t been an easy one, as the company’s revenue has declined over the years. However, deals such as a partnership with Apple that began in 2014, could be one of the keys to the company’s future success. Rometty said the alliance “…Is about two powerhouses unleashing the power of mobility for (businesses). This is going to remake professions and industries.”

During the company’s annual investor meeting in New York in late February, Rometty spoke to CNBC and detailed a plan for investing in high growth businesses such as cloud, mobile, and security businesses. Other high-value “core portfolio” industries such as the systems behind hospitals, police departments, and airline ticketing will continue to be staples, Rometty added. Shares of the IBM fell about 13.5% in 2014, but have remained fairly steady through the beginning of 2015.