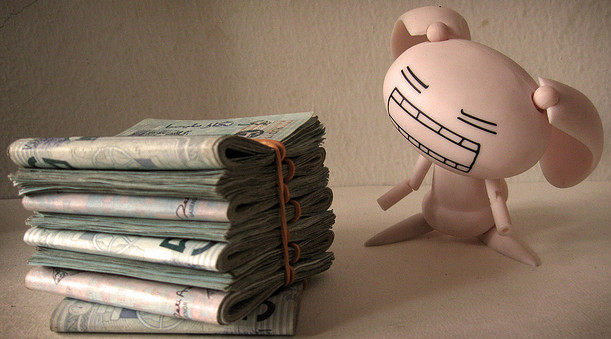 There’s no hiding the fact that the U.S. fiscal house is being held together by a thread. In October, partisan bickering catalyzed an entirely unproductive partial shutdown of the government, and policymakers — unwilling to bend to public sentiment — once again flirted with the debt limit.

The snafu drove economic sentiment into the ground and troubled financial markets around the world. If anything, the country emerged from the showdown worse for the wear, and there doesn’t appear to be any guarantee that we won’t experience a similar tantrum at the beginning of 2014, when the stopgap measures agreed to expire.

During the shutdown, Macroeconomic Advisers compiled a report on the cost of crisis-driven policy, and estimated that  bad fiscal policy has slowed economic growth over the past three years by as much as 1 percent annually. The remedy? Policymakers need to get their act together. Here are a few principles that the firm suggests policymakers follow.

1. Policymakers Should Address the Real Problem in a Credible Manner

Anything that requires an appropriations act falls under the umbrella of discretionary spending. On October 1, when the federal fiscal year ended, Congress failed to pass appropriations for the various government agencies that are subject to discretionary spending, which resulted in the partial shutdown. With this distinction in mind, Macroeconomic Advisers argues that the real problem with fiscal policy is the mismatch between revenues and mandatory spending.

By definition, mandatory spending is incredibly difficult to edit, and is therefore inflexible, compounding this issue is the fact that these obligations are increasingly expensive. The U.S. made promises to the old, the sick, and the poor, and as the population grows larger, older, and poorer (that is, income inequality is growing) U.S. financial obligations to social programs grows. Social Security, Medicare, Medicaid, and CHIP together accounted for 43 percent of all government spending in fiscal 2012. These costs, Macroeconomic Advisers and many others argue, are where spending really needs to be reined in. Policymakers need to revisit the promises made by social programs to make sure that they are both financially and logistically feasible. Otherwise, as many fear is happening right now, cost growth will outpace revenue growth and the nation will forever be crippled by the disparity.

This may seem like a basic tenant of effective policy making, but U.S. history textbooks are thick with examples of policymakers tripping over themselves at the eleventh hour to pass legislation in order to avert crisis. The recent government shutdown and debt-ceiling brinksmanship was an example of this, as was the sequester, the fiscal cliff, and the 2011 debt ceiling stand off. In each case, policymakers were unable to overcome partisan gridlock until acted on by some external force.

These forces include self-imposed enforcement mechanisms like the automatic tax increases of the fiscal cliff — but these mechanisms don’t always work, as we saw with the sequester. At best, when left to self-regulation, policymakers engage in brinksmanship, which fosters tremendous economic uncertainty.

Other external forces include financial markets, which, as barometers for the private sector, can spur policymakers to action with dramatic movements. John Cassidy, a staff writer for the New Yorker, highlighted this idea during the recent shutdown. “Congress needs adult supervision,” he wrote. “Since the President can’t provide it and the Republican leadership won’t, the market might well have to step in and do the job.” This, of course, is hardly the ideal way to conduct fiscal policy. Policymakers should avoid being disciplined by the market by getting ahead of the problem.

“While deficit-reduction eventually raises living standards, initially it can reduce economic growth and raise unemployment,” explains Macroeconomic Advisers. “Only later does the resulting decline in interest rates, perhaps accelerated by easier monetary policy, stimulate interest-sensitive spending enough to restore the economy to full employment at a higher standard of living.”

The firm is quick to point out that not all economists buy in to this idea. Austerity was exercised by sovereign creditors in Europe and the resulting fiscal crunch in countries like Greece and Spain has been enormous. Unemployment in both regions has soared to nearly 29 percent, and each nation has faced years of economic contraction.

The medicine, to a degree, has begun to treat the original condition (that is, enormous deficits), but many have argued that the side-effects of the prescription are even worse than the ailment. These economists would argue that instead of slashing spending in order to reduce deficits, a nation should increase both revenue and spending, growing the economy and eliminating the deficit that way. But this strategy also has some issues, which will be addressed later.

4. Fiscal Adjustment Should Be Gradual and Predictable

“Given the trade-off between short and long-run effects,” explains the firm, “fiscal adjustment should be gradual and predictable in order to reduce near-term ‘fiscal drag’ while minimizing the adverse impact of policy uncertainty on near-term economic growth.”

Markets abhor uncertainty, yet crisis-mode policy making has fostered an environment of uncertainty for the past few years. Not only has it been unclear what fiscal policy will look like a few years in advance, recent adjustments have been more severe than many feel has been necessary. Sequestration is one example of this. While many Republican policymakers are in favor of sequestration spending levels, many Democrats believe that spending cuts should have been implemented more slowly so as to minimize the damage.

“Unfortunately, polarized government has fostered a systemic refusal — or inability — to legislate sensible long-run policies to address U.S. fiscal imbalances,” comments the firm. “The number of temporary tax provision set to expire at the end of each year has risen dramatically over the past two decades.”

5. The Federal Reserve Must Act in Advance of Fiscal Adjustment.

Expansionary monetary policy has long been used to counteract the effects of fiscal contraction. With its hand on the lever that controls interest rates, the U.S. Federal Reserve has enormous sway over borrowing costs. By reducing these costs, the Fed can effectively stimulate business activity by making it less expensive to borrow money.

The timing of this stimulus, though, is critical. Macroeconomic Advisers points out that, “Monetary policy affects the economy with a lag,” and that in order for interest-rate cuts to be most effective, they must be done ahead of any fiscal contraction. This builds on the last principle, an is one more reason why fiscal adjustments should be gradual and predictable. Everyone benefits when the fiscal environment is predictable.

6. Fiscal Adjustment Should Be Back-loaded

Finally, the firm suggests that fiscal adjustment should be back-loaded. This means that adjustment programs should begin when the economy is growing, when interest rates are normal, and when unemployment is low. This way, the economy can better absorb the fiscal drag caused by deficit reduction.