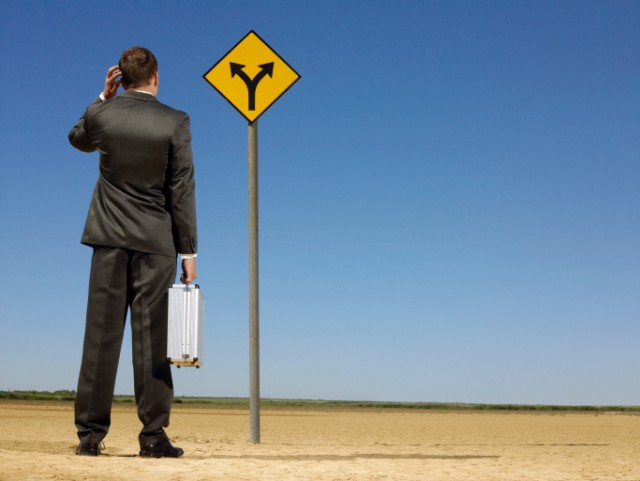 American corporate history is full of accounts of ethical failures. For example, in December 2001, energy-to-paper conglomerate Enron was outed for systemic accounting fraud. Enron reported revenues of $101 billion in 2001, but after it came to light that the numbers were largely fabricated — the company lost some $79 billion — it collapsed and declared bankruptcy.

Another example is WorldCom, which met a similar fate in 2002. At its peak, the telecom company employed 60,000 people in 65 countries and claimed $107 billion in assets. However, just one month before filing for Chapter 11 the company disclosed that it had misrepresented about $3.8 billion in expenses. Already cracking under a $41 billion debt burden, WorldCom declared bankruptcy and was later folded into Verizon.

With a few notable exceptions — such as the Sarbanes-Oxley Act in 2002, which mandated, among other things, that top management certify the accuracy of the reported financial information and made penalties for fraudulent reporting more painful — fraud is insufficiently addressed by regulators and sometimes even the market. Instead of the company collapsing or executives being fired or going to jail, usually fraud just pushes the company to issue an apology and to engage in brand building exercises.

However, one happy byproduct of this system has been new standards for not just legal and regulatory compliance but also for ethical compliance. For example, when Google (NASDAQ:GOOG)(NASDAQ:GOOGL) acquired DeepMind, an artificial intelligence startup, it agreed to a demand to sett up a board of ethics to make sure the technology is not abused. So far there aren’t too many laws governing artificial intelligence.

Google is just one example of many. More and more, companies are adopting elaborate codes of conduct, building self-reporting or self-policing mechanisms, hiring chief ethics or compliance officers, and taking up sustainability initiatives. These initiatives are designed to change the image of corporate America as a pack of conniving, resource guzzling firms.

This trend has gained so much traction with businesses and consumers that it is now trendy to be certified as ethical, honest, and fair. This image not only makes a company look good in the eyes of regulators, investors, and consumers, but it also sends a message to competitors. Such certifications mean these companies are serious about social responsibilities as large corporations and are looking to grow sustainability. In other words, these businesses are in it for the long run. Unsurprisingly, there is growing demand for a meaningful way to measure how ethical a company is, and Ethisphere has stepped in to meet that demand.

Ethisphere released its list of the world’s most ethical companies this March. Most companies were U.S.-based, including big names like Google, Kimberley-Clark Co. (NYSE:KMB), General Electric (NYSE:GE), and Gap Inc. (NYSE:GPS). The only U.S. bank to make it to the list was Old National, a regional bank with major footprints in Indiana, Illinois, Kentucky, and Michigan.

Ethisphere picked its winners based on a rating system it calls “EQ,” or Ethics Quotient. The Quotient is derived on the basis of responses of the entrants to a multiple-choice questionnaire. The responses to these questions capture how the company fares on parameters like how effective its compliance program is, how actively it is monitored, if it takes a leadership position in the industry in promoting ethics, if it monitors its supply chain to make sure businesses it works with also adhere to the same set of ethics, how effective its corporate governance is, the reputation of the company, and the culture of ethics. If a company has breached laws of international trade or anti-trust laws or has cases of Federal sentencing, it is not be admitted on the list.

Once the survey is complete, the companies with a leading tally are further put through due diligence like verification of the documents and independent research on the claims made in the questionnaire. This survey only has an indicative value, since the sample size of 600 companies is small and a lot of companies that are doing good work with solid sustainability models and social missions remain outside the purview of this survey.

The great thing about Ethisphere’s report is that not only can it point you toward an ethically sound company, but because there is so much overlap between what makes a company ethical and what makes a company sustainably profitable, it can point you to new investment opportunities. Here are a couple of ways strong ethics can lead to strong business performance. 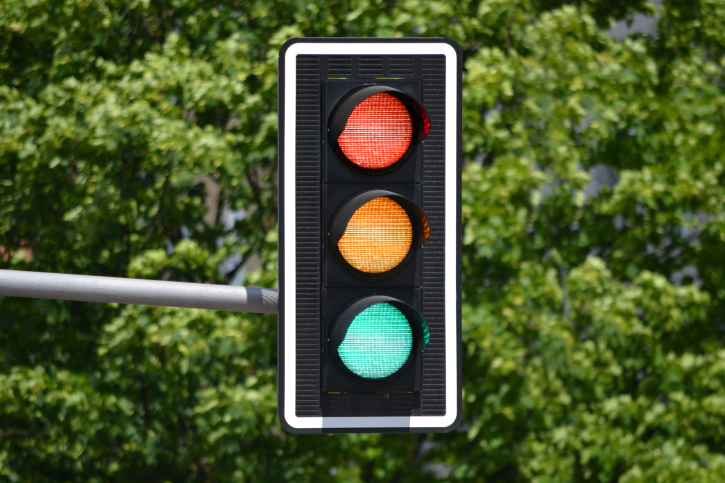 1. An ethically sound company is generally averse to litigation

An ethical company has a strong compliance track record, which means having as little to do with litigations as possible. Litigation can damage the reputation of a company like few other events can, and companies are very aware of this fact. That is the reason companies pay hefty packages to chief compliance officers or legal experts to make sure it stays on safe grounds. Companies that are looking to avoid litigation also tend to have full disclosure policies.

For example, if someone were to take a closer look at Google’s privacy policy, the first feeling they get would be one of dismay. Simply put, the disclosures tell you that absolutely nothing that you willingly put up there as a Google user is going to remain private and that data may be collected, grouped, and shared with third parties like advertisers. However, Google also goes on to explain why it has adopted the policy that it has. This gives users the right to take an informed decision when using its services or not. According to a report published by Millward Brown, a communications company, Google is the world’s most valuable brand with a brand value touching $159 billion. So it becomes much more important for a company like Google to practice what it preaches, and preserve the loyalty of its users by being transparent in its privacy policy.

Also, sometimes being an ethical company means to stand up for the core values that a company holds dear. Case in point, companies like Google and Microsoft (NASDAQ:MSFT) have time and again appealed for transparency even within the realm of security and public policy. In 2006, when Google compromised on its stand regarding privacy to keep its operations kicking in China — where it agreed to censor its content unfavorable to the authorities — it reflected on the company’s reputation; the stock fell and people were on the streets to protest against its ethical compromise. 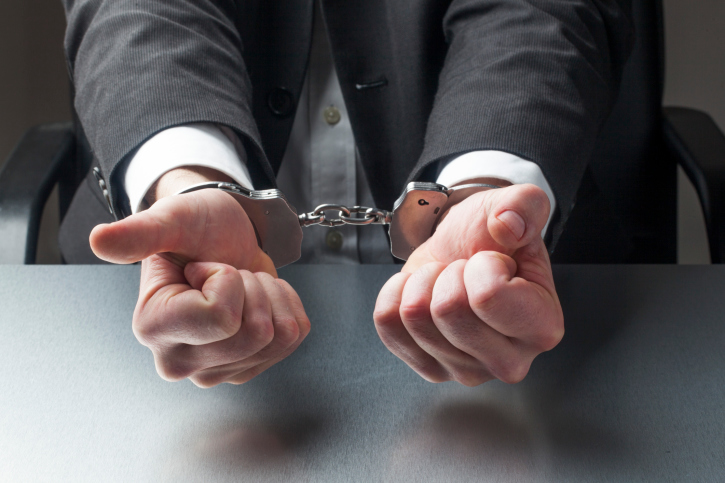 2. An ethically sound company does not abuse regulatory freedom

It is in the interest of companies to comply with the ethical norms of the sector it operates in. Incidents of fraud and unethical practices force a regulatory clamp down and no one ever likes to operate in an environment where the regulator has a tight leash on the players in a particular sector.

That is exactly what happened to banks after the 2007 financial crisis. Capital requirements were tightened, financial disclosure policies were made more stringent, and far more checks and balances were put in place. The result is that bank balance sheets have been bleeding from paying out the fines imposed by regulators and settling court cases on accounts of mis-selling of mortgages and credit cards. Interestingly, except for Old National Bank, there isn’t another American bank featuring on Ethisphere’s list of most ethical companies.

3. Public acceptance and reputation above all else

Companies want to make sure it has the adulation of the public. Companies that are ethical, by virtue of meeting the standards of ethics, build a strong sense of goodwill among the stakeholders.

For example, a company like Kimberley-Clark — which produces disposable consumer products like Kleenex, Huggies, Nappies, and Kotex — has been criticized for its role in gobbling environmental resources, causing pollution and depletion, and for allowing exorbitant pays for it executives. For such a company, the act of building an image of being supportive of sustainability became quite important. The company has now been working with agencies like Greenpeace International and World Wildlife Fund to participate in forest conservations in countries like Canada and other parts of the world, using recyclable fiber in making its products. Kimberley-Clark features in Ethisphere’s top ethical companies this year. 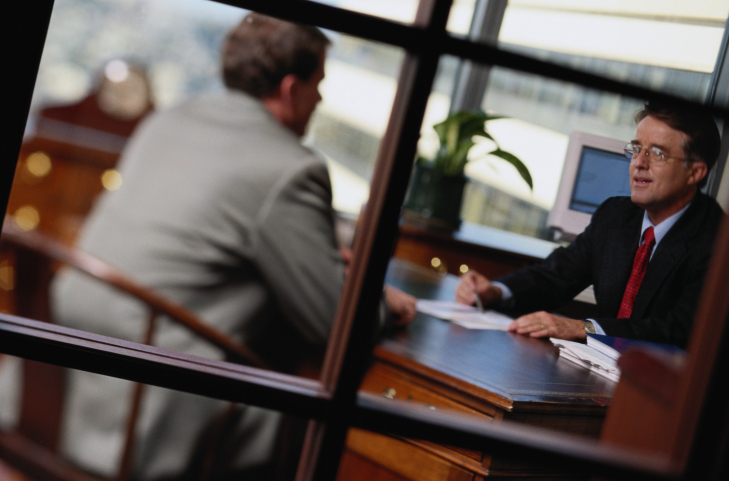 4. It enjoys the confidence of the investor

When an investor is looking to invest in a company, apart from looking for good financial fundamentals (positive margins, growing sales, etc.), they are also looking for a company that is a leader in its industry. Not just in terms of market size, but also in how it represents the causes of the industry, leads in innovation, and thinks about sustainability as a practical means of survival. The logic here is that only a company that is here to stay for the long haul will consider about reputation and compliance.

A company that has been appreciated when it comes to actively implementing sustainable initiatives is GE — even when, at times, it has not been doing very well financially. Until 2012, GE published a citizenship report that gave a detailed account of its efforts taken in solving issues like water crisis, lack of infrastructure, and access to services like healthcare and hygiene in various parts of the world. It also reported on employees it fired for unethical practices. It now uses the G3 guidelines to compute a GRI or Global Reporting Initiative index, a self-regulated measure of reporting on sustainability initiatives taken by the company and goals to be met in future, something that few other companies adhere to.

5. Loyalty of the customer

It works both ways, as an ethical company attracts customer loyalty and customers bring business to an ethical company. This is especially true for consumer goods businesses. For example, a company that makes skin care or healthcare products will do well by disclosing fully about the nature of its contents — as in, chemical compositions and possible health hazards. Increasingly, customers also value products that are environmentally safe. Who wants to earn bad karma, right? 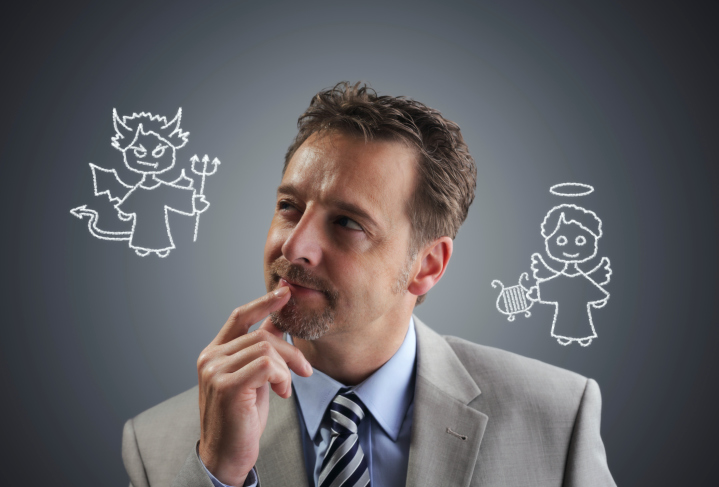 In a world where business is so close-knit, no company that is looking to stick around for a while can afford to twist the arm of its suppliers on a continuous basis. A clean company is fun to do business with for most suppliers. In 2013 for example, Gap Inc., featured in Ethisphere’s list of top ethical companies in the apparel category, had Shift — an NGO that works with governments, businesses, and stakeholders to help implement UN guiding principles on business and human rights — review its progress. These principles lay out the role of the state in ensuring domiciled businesses protect, enforce, and respect the rights of its workers and members of the communities in which companies do business.

The review reported what progress had been made. It also made suggestions on how Gap Inc. could do more to improve worker safety conditions in countries like Bangladesh and Uzbekistan where the company has processing units. Shift also suggested how Gap Inc. can better implement ethically sound purchasing practices among other measures.

In 2013, Gap was part of the alliance of more than 15 companies that agreed on mandatory factory inspections and publicly released result of the inspections, develop safety standards, give loans to suppliers or the factory owners to invest in making factories accident proof, and start a worker hotline.

When companies go out of its way to ensure it grows in harmony with the environment, promote good corporate ethics, are serious about corporate governance, and empower the communities it works with, the impression investors get is one of stability and commitment to positive growth.