6 Steps to Crush Your Job Interview

Here’s the harsh truth: No matter how qualified you are for a job, you’re not going to get an offer if you bomb the interview. Worse, screwing up is easy to do. From sweaty palms to rambling answers to showing up late, the list of ways you can torpedo your chances when trying to land a new position is nearly endless.

Selling yourself to a potential employer is tough, so it’s no wonder people get nervous. But even if you’re as cool as a cucumber going into the interview, you could still hurt your chances with subtle blunders. Often, the problem isn’t what you say, but what you’re conveying with your body language or appearance. A rumpled shirt, weak handshake, or slumped posture all suggest you’re not a strong candidate, despite what your resume says.

The good news is that you can overcome nearly every job interview pitfall with preparation and practice. To find out how, check out these six steps to crushing your next job interview. 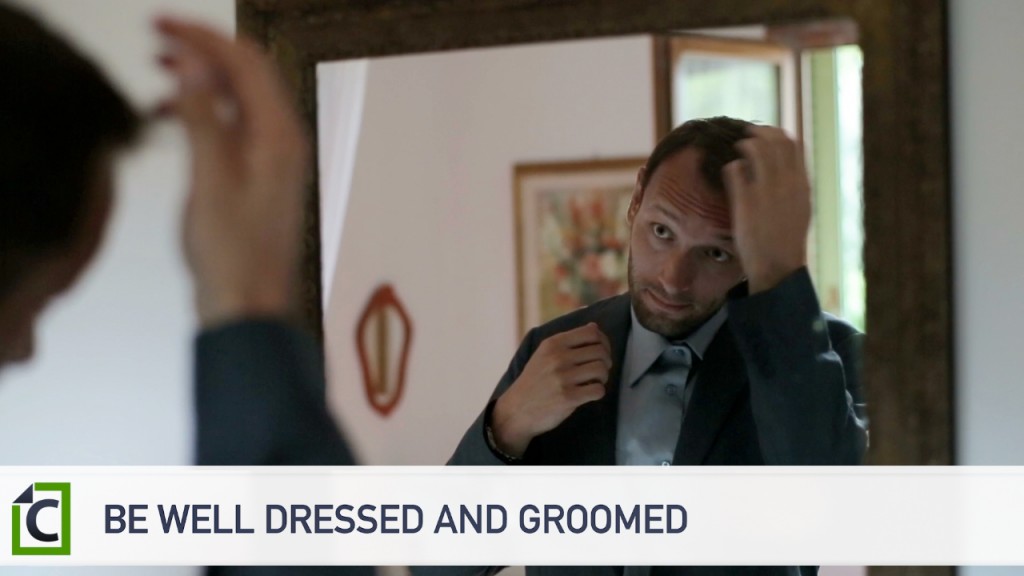 Polished professional dress is essential to making a good first impression on your interviewer, yet many younger workers bungle this key step. Inappropriate attire was the biggest interview mistake less-experienced job seekers made, according to 75% of hiring managers surveyed by Adecco.

Try to match your attire to the company’s dress code, though for offices where casual attire like jeans is the norm, it’s appropriate to dress a bit more formally than regular employees. Whether you wear a suit or something more informal, it should be clean and neat. Don’t forget details like shoes, since a scuffed or dirty pair can drag down an otherwise impeccable outfit. Comfort is also key. Avoid clothes that are too tight, loose, or the wrong fabric (e.g., a heavy-weight wool suit in July). Finally, make sure you don’t wear orange, red, or brown, as those three colors could actually hurt your chances of getting the job. 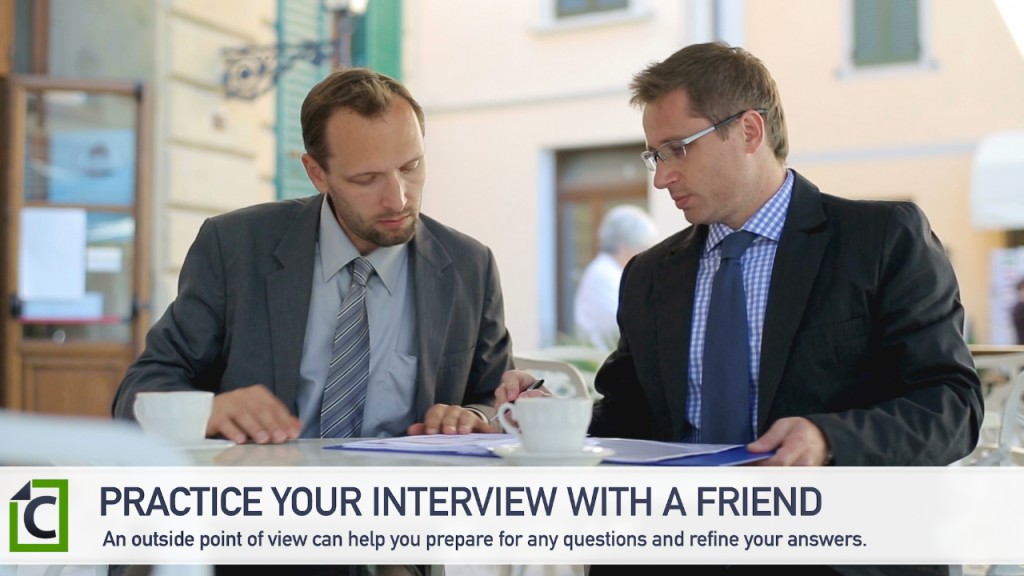 Rehearse the interview with a friend beforehand so you can perfect your answers to common questions. When you run through the mock interview, take it seriously. It might be a bit awkward at first, but you’ll get more out of the experience if you approach it like the real thing. Sit across from each other at a table and wear professional clothes, rather than slumping on the couch in your sweats.

Record the conversation and review it later, so you can spot any trouble areas, such as fidgeting or verbal tics. At the very least, debrief with your interviewer afterward so you can get their impressions. You might even want to turn the tables by sitting in the interviewer’s chair and asking your friend questions. Listening to his answers can help you get in the mindset of an employer and identify weaknesses in your own responses. 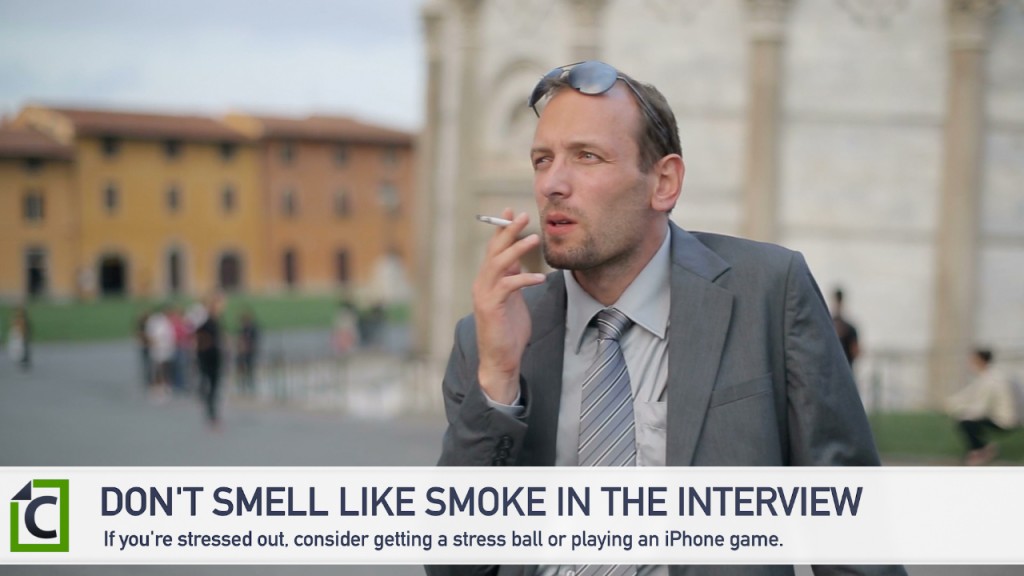 If you’re in the habit of lighting up, try not to indulge in a cigarette just before the interview. The interviewer will notice the odor and may judge you, fairly or not. (In some states, employers are even allowed to discriminate against smokers.) If you need something to calm your pre-interview jitters, try a stress ball, playing a game on your phone, or chewing gum rather than smoking.

Strong smells in general can be a big turn-off to interviewers. Twenty-one percent of hiring managers surveyed by CareerBuilder said wearing too much heavy cologne or perfume could stand in the way of an employee’s promotion. 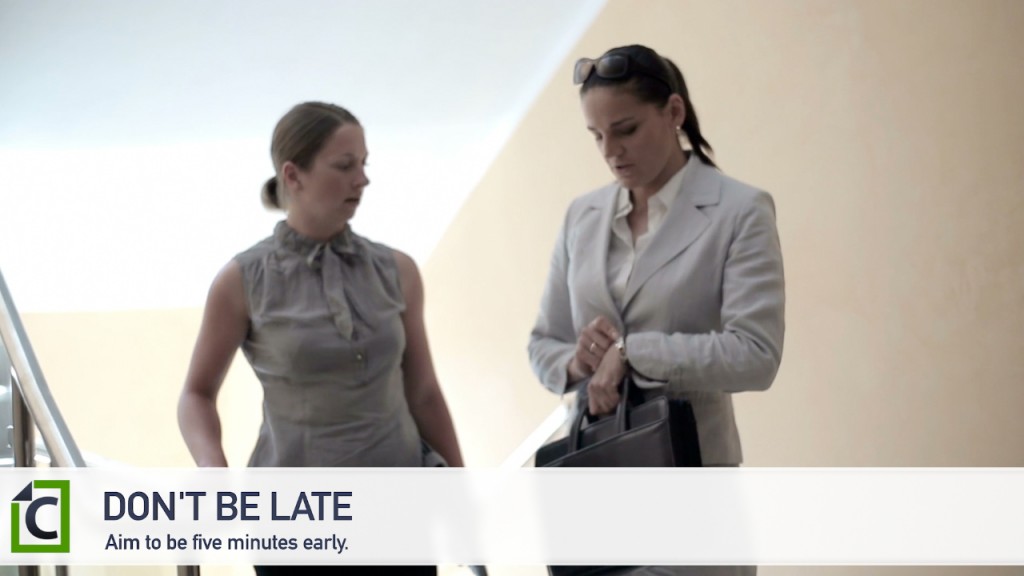 You might be able to recover from a weak handshake or an awkward answer to a question, but showing up late to your interview is a major no-no, since it suggests you’re both disorganized and don’t respect other people’s time. Twenty-nine percent of hiring managers surveyed by the Center for Professional Excellence at York College of Pennsylvania said tardiness would cause them to not hire someone.

Plan to show up 5 to 10 minutes early for your interview. Any earlier than that, and you risk seeming overeager, but a few minutes of extra time gives you a buffer in case you get stuck in traffic or can’t find parking. If being late is truly unavoidable, call the interviewer and apologize profusely. If you’re lucky, they’ll understand and reschedule. But if you don’t have a good excuse, you may be out of luck. 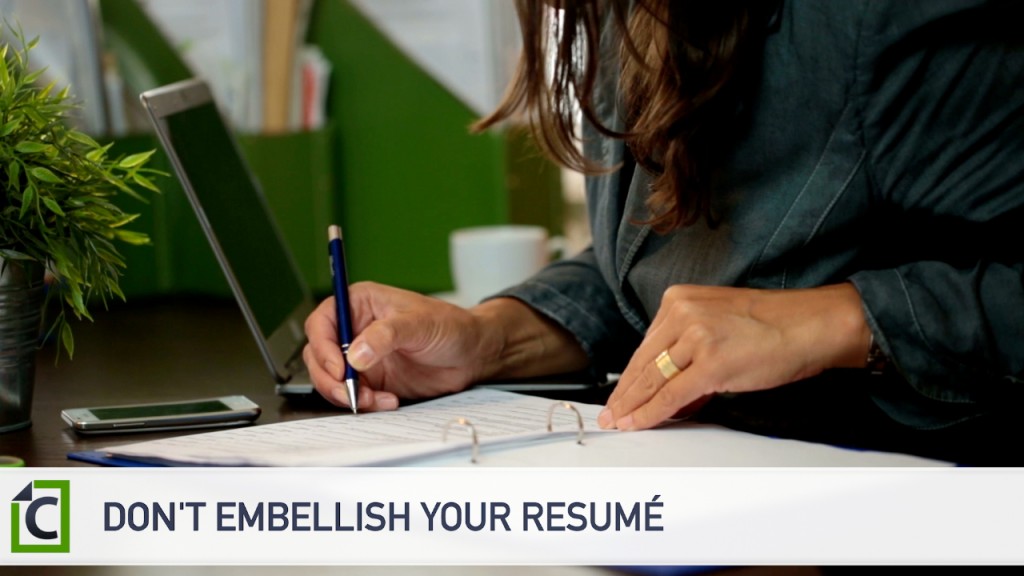 More than half of HR managers surveyed by CareerBuilder said they’d caught a candidate lying on his résumé, with embellishing skill sets the most common fib they saw. Tempting as it is to label yourself “proficient” in software you’ve barely used or to make your previous job responsibilities sound more glamorous, stretching the truth is a bad idea.

“Don’t put things on your CV that you can’t live up to,” a senior interviewer at Morgan Stanley advised. “Everything on there is fair game, so you need to be able to elaborate on every line. If you say you are fluent in a certain language, then we’ll expect you can prove it.” 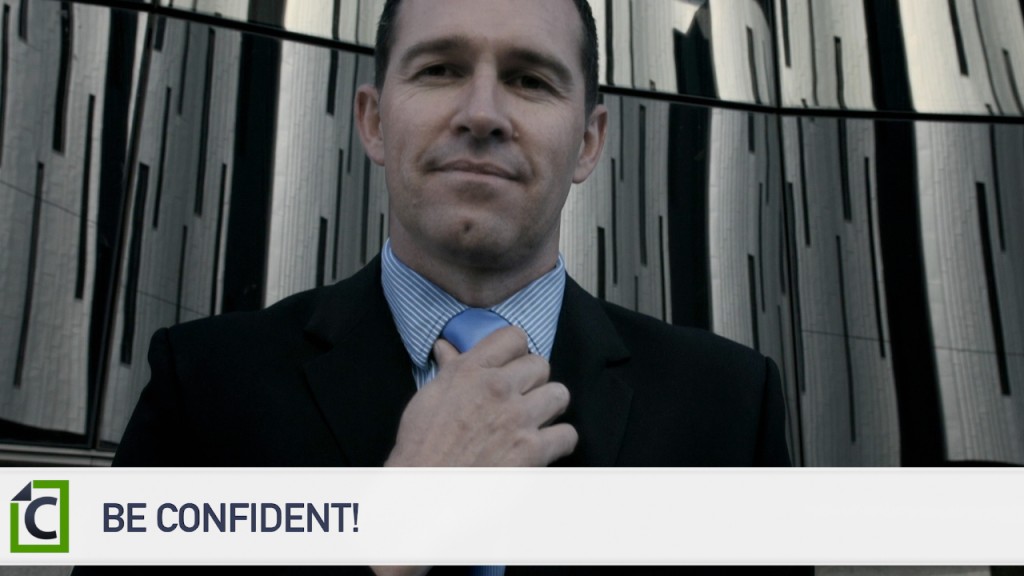 Confidence goes a long way in convincing an interviewer you’re the right person for the job. Following the steps above, along with researching the company, practicing your elevator speech, and even getting enough sleep, can help you sell yourself to an interviewer and land the gig.

Just don’t let your attitude cross the line into boastful. Cockiness or giving the impression you feel entitled to the job is off-putting, too. “Confidence is attractive, but arrogance is a turn-off,” Amanda Augustine, career advice expert for TopResume, told Main St. “Who wants to work with someone who has a big ego?”