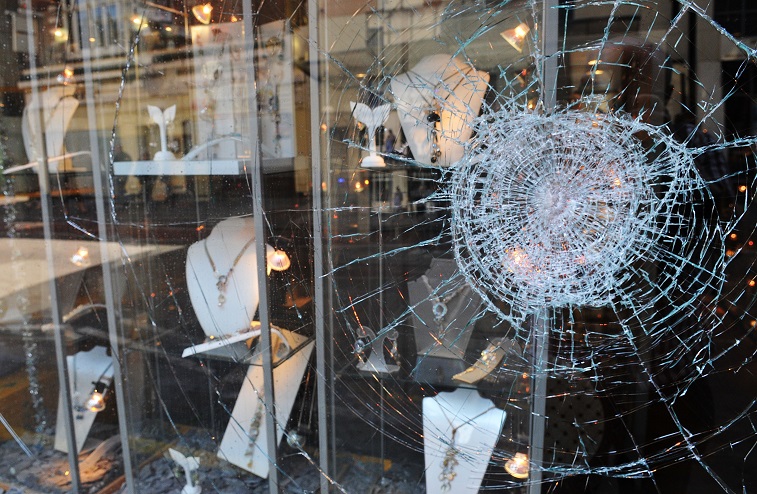 At this point in time, we can all pretty much agree that stealing is wrong. We’ve all witnessed the random teenager swiping a candy bar from the local corner store, or perhaps even been a victim of theft on a grander scale. Theft is all around us even though the act has been vilified throughout history in the Code of Hammurabi, the Ten Commandments, and today, in modern laws.

But desperate times call for desperate measures, and in a turbulent economy, marred by long-term unemployment, drastic upticks in the cost of living, and levels of inequality not before seen in modern America, it’s only expected that some people will resort to theft to get what they want. As unfortunate as it is, people stealing out of desperation, or straight malice or selfishness, costs business owners billions annually. According to one study conducted by Centre College professor David Andersen in 1999, the total aggregate of theft costs the economy more than $1.7 trillion every year. That number has likely gone way up over the past 15 years, given the rise of cyber crime.

Crime, and theft specifically, impacts everybody. As thieves steal merchandise from retail stores it inflates the price of goods so that businesses can make up for their lost revenue, meaning we all pay more for almost everything we buy. According to the 2014 Global Retail Theft Barometer Study, which measures the impact of theft from shoplifting and dishonest employees on businesses, U.S. merchants lost more than $128 billion last year alone.

Those losses resulted in additional costs on the average U.S. household of more than $400.

On a societal scale, crime certainly has a cost. But on an individual level, it pays. For organized crime syndicates running throughout our nation’s cities, it pays substantially.

The National Retail Federation puts out an annual Organized Retail Crime Survey that digs deep into the data and explores where thieves are striking, how they’re doing it, and perhaps most interestingly, what they’re taking. The items that top the list may be surprising, as it’s typically household items rather than fancy jewelry.

Some of the more surprising items that populate the most-stolen list are relatively inexpensive things like laundry detergent, razors, cigarettes, and even teeth-whitening strips. You may have been to a store and have seen how the razor blades are in a locked cabinet, or in thick plastic cases. The reason is because people simply love to steal them. Again, a lot of the items the NRF singles out as being at the top of thieves’ shopping lists are pretty simple, everyday goods, which may lead you to suspect that the people who are taking them are more desperate than anything.

For example, it’s hard to think that people are stealing infant formula, pregnancy tests, or diabetic testing strips for fun, or out of malice — or think they can make a quick profit by flipping the stolen goods.

But on the other side of the coin, there are some expensive items that business owners have a hard time keeping out of thieves’ hands. Designer clothing, laptops and electronics, high-end appliances, and high-end liquors are among them. These are all items that may have hefty price tags, but could be relatively easy to steal given their small size. After all, it’s not hard to think that someone would rather risk stealing a pair of $300 jeans, rather than fork over what could amount to a considerable amount of a person’s paycheck.

The same goes for food — meats and seafood in particular. Though these tend to be staples of many people’s diets, they can be pretty costly, leading to the decision to just walk out of the store with them rather than paying.

The NRF breaks down the top items into six categories, each with their own list of items, which we’ve included below. Here are six things that are among the most often stolen from retail stores around the country, ranked in no particular order:

Further information is available from the National Retail Federation.