6 Ways to Save on Summer Camps for Your Kids 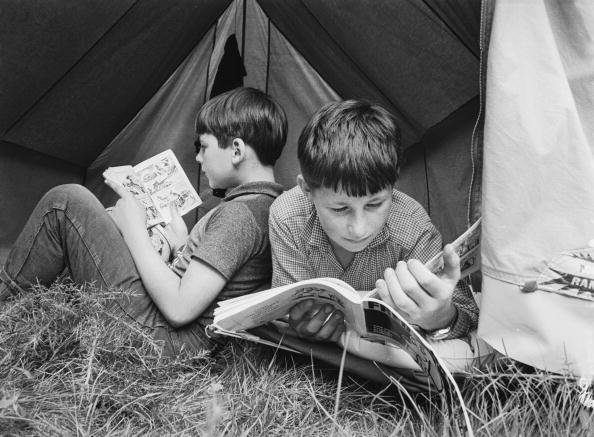 A letter from camp isn’t the only expense parents will rack up this summer. Instead of singing the blues about the cost of summer camps, a little planning can lead to a great time for the kids without breaking the bank. Camps can be really expensive. U.S. News & World Report says that summer camps generate around $15 billion in annual revenue, with sleepaway camps charging an average of $85 per day per camper, and day camps costing, on average, $43 per day per camper. So how exactly do you juggle the costs of camps? Here are six ways you can save.

1. Figure out what discounts apply

Figuring out what discounts you are eligible for can quickly make a summer camp more affordable. Let’s say you’re a teacher, police officer, firefighter or in the military — there’s a good chance you can apply for a discount. Cozi writes that while the amount depends on the organization the camp is run through, you could get a costly registration fee waived, or you may be able to get a specified percentage off the entire fee.

Also make sure you look for any sibling discounts that are available. Rather than send them to different camps, look into one camp that will interest all of your children. Typically, camps will offer a discount based on the number of children you register, resulting in savings that could be a few hundred dollars.

Sign your kids up as soon as you can. “There are often discounts for early registration, so it’s important to start thinking about it sooner rather than later,” Peg Smith, CEO of the American Camp Association, told U.S. News & World Report. Signing up early also gives you plenty of time to start saving up for camp. Set up a savings account that’s just for short-term goals, such as camps. Determine how much you need to save, and divide that by the number of months until you need to pay for the camps. Signing up for a camp in late July or August is a great way to buy yourself some more time to save.

Consider talking to your accountant to see what tax breaks may be available to you. For example, the child and dependent care credit provides a tax break for many parents who bear the costs of childcare. That means there’s a good chance you’ll be able to add a few dollars to your tax refund.

In order to qualify for a tax refund, you should know these facts, per Daily Finance.

In addition, U.S. News & World Report writes that you may be able to pay for day camp for kids younger than 13 using pre-tax dollars in a dependent care flexible spending arrangement. The IRS caps dependent care FSAs at $5,000 per year, and your employer withholds money from each paycheck to fund the plan. You can also look into the Child and Dependent Care Credit, which allows taxpayers to deduct up to 35 percent of their childcare expenses, up to a maximum of $6,000.

Many camps don’t make you pay for summer camp in one lump sum. Instead, they’ll often try to work with you and let you work out a flexible payment plan. If you’re really strapped for cash, see if you can spread the payment over the year. That way, the small increments of cash will barely affect your checking account, as opposed to one huge amount of cash leaving all at once.

5. Ask about scholarships and sponsorships

Scholarships and sponsorships exist for schools, so why shouldn’t they be available for camps? Care.com writes that about 80 to 90 percent of camps offer scholarships or sponsorships of some kind, from need-based to merit-based. But this requires you plan ahead. Often, in order to have a good shot at getting a scholarship, you have to apply pretty far in advance. Take some time in the months before the camps begin to look at their websites for application requirements and deadline information. Some camps start accepting applications as early as January.

6. Budget for outside expenses

Many people budget for initial camp expenses but don’t think about outside costs, according to Care.com. For example, take a look at transportation. If you’re trying to choose between a camp that’s closer and one that is farther away, you’ll want to consider the cost of gas, a camp bus pick-up (which can cost extra) or, in some cases, a plane ticket. So, either make sure you factor in those expenses when saving or try and focus on a local camp instead.