7 Big Companies That Have Gone After Whistleblowers 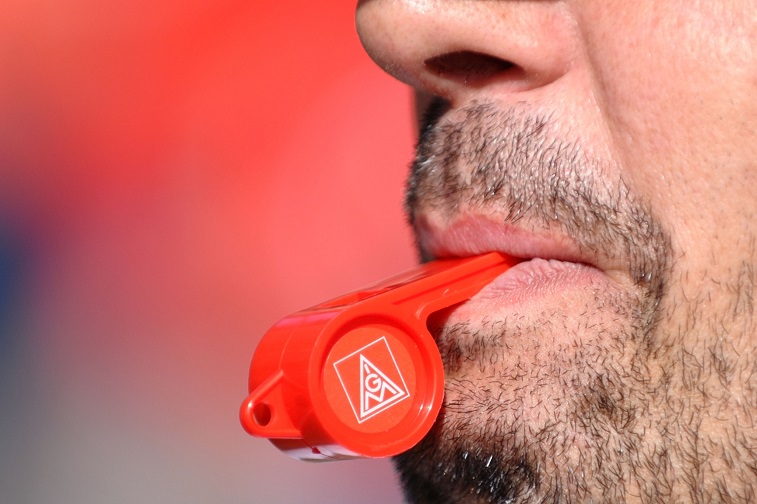 Names like Daniel Ellsworth, Edward Snowden, and Julian Assange have become forever etched in the American lexicon. These individuals, along with troves of others, have single-handedly been able to reshape the world as we know it. Each of these men came into possession of sensitive information in some form or another, and chose to disclose it to the public as they deemed it harmful to society in one way or another. Over the decades, the information that has come out thanks to whistleblowers has led to the disclosure of false pretenses for wars, racketeering efforts, fraud, and even the exposure of the National Security Agency’s vast surveillance apparatus.

Most of the more heavy-handed disclosures have revolved around government agencies and politics. These groups and individuals are typically accountable to the taxpayers as public servants, making their missteps all that much more egregious in the eyes of many. But whistleblowers are hardly restricted to the public and government sectors. For years, corporate whistleblowers have been bringing some of big business’s most flagrant infractions to light. This has led to entire companies melting down, as in the case of Enron, but has also managed to save lives.

Disregard for public safety is by no means a common occurrence in the world of big business, but there are numerous examples of companies cutting corners — sometimes at the cost of human safety and lives — just to bank a few dollars more in profit. These companies can run the gamut, from finance to manufacturing, energy production and more. Within day to day operations, an innumerable amount of opportunities are presented to sidestep regulations to cut costs or speed up a business process. As the public, we depend on people willing to stick their own necks on the line to inform the rest of us.

There have been many corporate scandals just over the past fifteen years or so. There have also been just as many attempts by the large companies to stop their secrets from hitting the limelight. Here are seven big companies that tried, and ultimately failed, at containing whistleblowers over the past two decades

There were many victims of the financial crisis in 2008 and 2009. It’s just hard to think of Bank of America as one of them.

At a time when fraud and financial tomfoolery was running completely wild, Bank of America was not found to be one of the good guys during the whole mess. In fact, one of the company’s subsidiaries was a key contributor to the housing meltdown, as Countrywide Financial committed fraudulent activities when it had employees use white-out and scissors to doctor bank statements.

The company, at the time, dubbed the act ‘the hustle’, and routinely fired workers who it feared may speak out about its crimes. The dust didn’t settle until late 2013, when it was found that Bank of America was indeed liable for Countrywide’s acts. The case spent a year in court, when a verdict was handed down on October 23. Manhattan U.S. Attorney Preet Bharara issued a statement after the ruling, decrying the company for not taking its activities seriously. “As demonstrated at trial, they adopted a program that they called the Hustle, which treated quality control and underwriting as a joke,” she said. 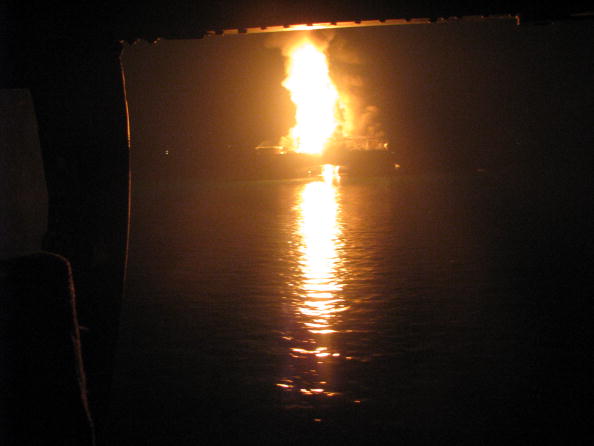 Although it quickly, and conveniently, faded from public attention after grabbing headlines for months in 2010, British Petroleum is guilty of one of the largest ecological disasters of all time after the Deepwater Horizon oil spill in the Gulf of Mexico. Several people stepped forward after the fact to expose BP’s negligence in leading to the disaster, and the company did its best to cover its tracks. Journalists were barred from visiting clean up sites, including public beaches, and to this day people are getting sick because of the use of chemical antiperspirants used to hide giant oil slicks.

Whistleblowers came out and blamed the disaster on poor inspections, and another was allegedly fired for talking with federal investigators. Through it all, BP walked away with fairly light punishments, although the disaster did end up costing CEO Tony Hayward his job. If someone had spoken up about BP’s negligence before the disaster, it possibly could have been prevented. 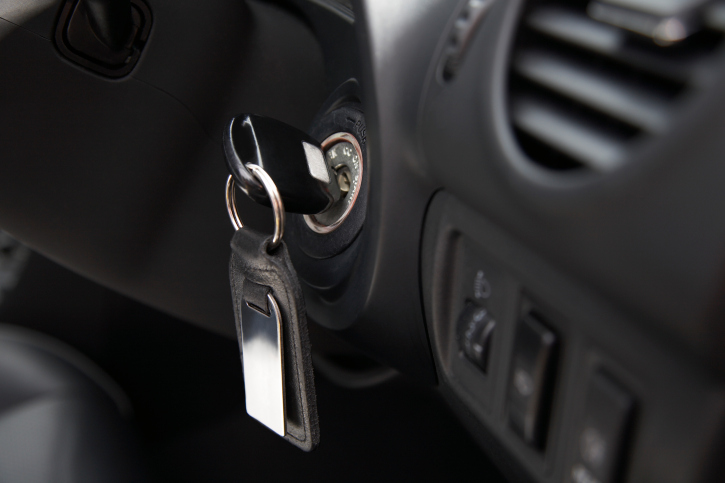 In the most recent act of corporate cover-up, General Motors has been getting hammered in the media for failing to disclose that millions upon millions of its vehicles were built with faulty ignition switches. By not disclosing the issue, and instead ignoring it for a decade, numerous people were killed in accidents when its vehicles suddenly shut off, causing crashes. The company’s CEO has been hauled before congressional hearings on the matter, but it was found GM didn’t intentionally cover up its failures, but instead blamed it on issues within the corporation’s culture.

Courtland Kelley had brought the issue up more than ten years ago, when he sued the company for failing to address the concerns when it first learned about them. According to Bloomberg Businessweek, Kelley was then pushed out of his job for speaking up, causing other inspectors to fear for their jobs. The result is a tarnished reputation for one of the cornerstone companies of the auto industry, and a mounting distrust among the public when it comes to GM’s products. Although the issue eventually came to light, if GM had fixed the problem in 2003, it’s possible a lot of families wouldn’t be mourning over their loved ones who died as a result of the company’s refusal to act. 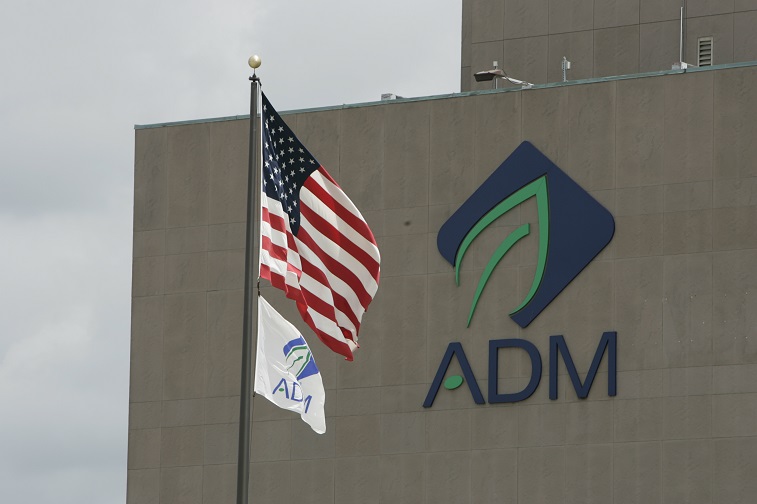 If you’ve seen the Matt Damon movie The Informant, then you are familiar with the role of Mark Whitacre in the Archer-Daniels-Midland whistleblowing case. Whitacre himself would become the center of a theft scandal in which he was accused of stealing $2.5 million from the company, and it ultimately lost him his job. Archer-Daniels-Midland, in the mid 1990s, was a $20 billion agricultural processing powerhouse, but become entangled in numerous price-fixing scandals that led to three top executives going to prison.

As the plot unraveled, several companies across the world were eventually implicated. The scandal led to the company’s stock crashing, and having to pay multitudes of fines for several years. By now, most people have either forgotten about the entire thing, or didn’t know about it in the first place. The company’s stock prices have recovered, and business is going on as usual at its Decatur, Illinois, headquarters. Whitacre went on to spend more than eight years in prison after losing his whistleblower protection status, and now works at a biotech company in California. 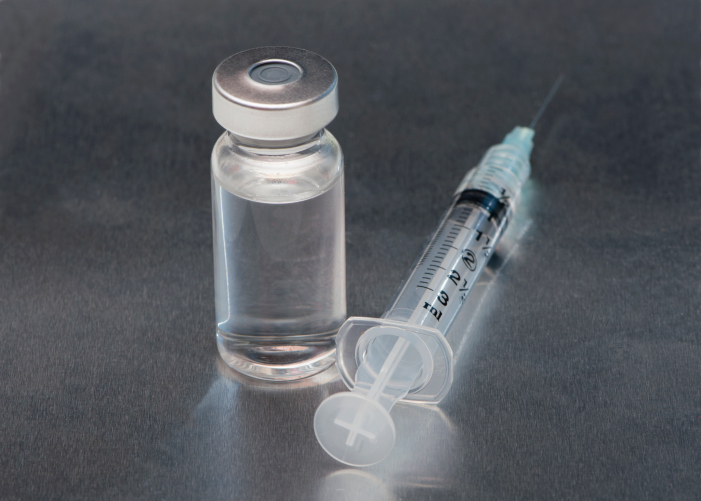 One whistleblower who ended up with a pretty significant payday once the dust settled is Cheryl Eckard. Eckard brought to light contamination issues at pharmaceutical manufacturing operations run by GlaxoSmithKline, an international drug giant. Eckard was awarded $96 million following an eight-year court battle, which brought civil and criminal charges against GlaxoSmithKline. The company agreed to pay the U.S. government a fine of $750 million to settle.

The case revolved around a manufacturing plant in Puerto Rico, where Eckard found that the company was producing drugs in a non-sterile environment. GlaxoSmithKline was using water that had been contaminated with microorganisms, and drugs were being produced with inaccurate dose counts. Eckard went to the FDA after attempts to take her concerns to the company’s leadership went ignored. Although the ordeal with Eckard is behind them, the company now faces new problems with alleged bribery of doctors in Europe, being brought to light by another whistleblower.

Another financial giant that became entangled in a scandal during the financial crisis, JPMorgan Chase was found to be committing fraud through the now-infamous ‘robo-signing‘ case. Whistleblower Linda Almonte, who was a mid-level manager at the company, brought the company’s illegal credit card collection tactics to the limelight when she filed a complaint with the SEC. The bank was selling off debt to collections agencies without verifying important information, including how much customers actually owed. It was found that 20 percent of customers’ files had errors.

For Almonte, the decision she made led to a rough life for her and her family, as she was unable to find secure employment after the dust settled. She told the Huffington Post that her decision was “essentially suicide.” Despite her efforts, ‘robo-signing’ hasn’t been completely done-away with in the financial industry, although JPMorgan Chase probably learned a valuable lesson. 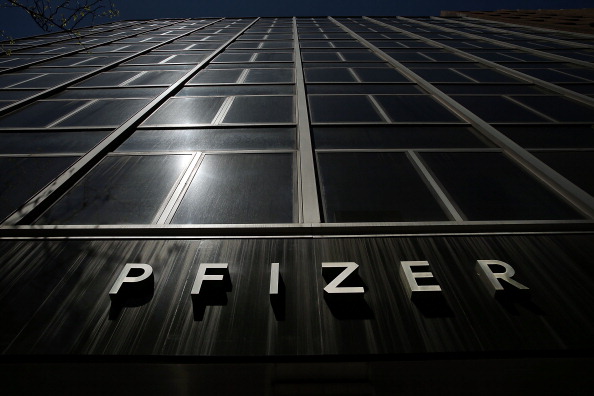 Another international drug manufacturer, Pfizer came under fire in 2009 after John Kopchinski exposed the company for illegally marketing off-label medications. The whole ordeal resulted in Pfizer paying a $2.3 billion fine, what was the largest single healthcare fraud settlement in history. Pfizer had faced civil and criminal charges for selling Bextra, Geodon, Zyvox, and Lyrica, all of which the company advertised for uses other than what they were prescribed for.

After six years of court battles, Kopchinksi walked away with $51.5 million from his whistleblower lawsuit in 2009. After bringing attention to Pfizer’s misconduct, he was fired in 2003, two years before the company actually took the questionable products off of shelves. After the settlement was handed down and Pfizer paid its fines, the company’s senior vice president Amy Schulman released a statement that showcased the company’s remorse.

“We regret certain actions taken in the past, but are proud of the action we’ve taken to strengthen our internal controls and pioneer new procedures,” she said.