Will millennials ever be able to retire? That depends on who you ask. Some reports on young people’s retirement readiness are all doom and gloom. A 2015 UBS Investor Watch report found that millennials are the “least likely to plan ahead, focus on the long term, stay calm during volatility, and avoid herd mentality.” Many have limited knowledge of key financial concepts and are more likely to keep a lot of their money in “safe” investments like cash, both of which could make it harder to save enough money to one day retire.

Yet some take a more positive view of millennials’ financial future. A 2014 report from the Transamerica Center for Retirement Studies declared this group an “emerging generation of super savers,” most of whom are already preparing for retirement and are concerned about their long-term financial future.

The retirement reality for today’s young workers is likely somewhere in between being perfectly healthy and a looming crisis. Some millennials are doing a great job of preparing for retirement, while others are far behind. That’s not so different than most other Americans. Many seniors face a bleak financial future, while members of generation X are having trouble building wealth despite relatively high incomes.

One fact is clear, however. If millennials ever hope to retire, they need to start planning sooner rather than later. That doesn’t just mean saving for retirement; it also involves paying down debt, creating an emergency fund, and keeping an eye on spending. Need a little motivation to get your financial house in order? Here are seven retirement statistics that will help give millennials a better idea of what their financial future may hold.

1. Many millennials will have to delay retirement

Once upon a time, people dreamed of retiring at 55. Now, people are more likely to put off retirement until their 60s, according to a Gallup poll. Research by NerdWallet has found that millennials may have to wait even longer to stop working, likely around age 73, largely because of high levels of student loan debt.

Despite predictions that they’ll have to work into their 70s, many millennials believes they’ll be able to retire sooner. Twenty-six percent expect to retire around age 65 and 34% plan to retire even earlier, according to the Transamerica Center for Retirement Studies. However, half of them also expect to continue working after they retire.

2. Social Security is more secure than many realize

Most millennials aren’t optimistic about the future of Social Security. Only 6% think this retirement safety net will be around when they stop working, according to the Employee Benefits Research Institute (EBRI). Interestingly, these numbers are actually higher than they were in 1995, when only 1% of people between the ages of 25 and 34 believed this government program would survive through their retirement.

Young people have good reason to be worried about the future of Social Security. The Social Security trust fund is currently expected to run dry in 2033, roughly a decade before the oldest millennials (those born in the early 1980s) will start to retire. But even with the trust fund depleted, the program will still be able to pay out about 75% of scheduled benefits with money from taxes. So, while Social Security is not in great shape, there’s still a good chance today’s young people will see some benefits in retirement.

3. Many millennials aren’t saving anything for retirement

While 80% of millennials say that the recession of 2008 taught them a valuable lesson about the importance of saving, many of them aren’t putting that knowledge into practice. Only 55% of milllennials surveyed by Wells Fargo report that they are saving for retirement. Reasons for not saving include having too much debt, focusing on other financial priorities, and not having enough extra cash to set aside for the future.

4. Even when millennials do save, they often don’t save enough

Thirty-four percent of people ages 25-34 have less than $1,000 in any type of savings, including retirement accounts, according to EBRI. Another 23% have less than $10,000. That’s not surprising, considering that the Wells Fargo survey revealed that about half of millennials who do save set aside between 1% and 5% of their income. That’s well below the 10% savings target many retirement experts recommend. Unless they step up their savings game, a lot of millennials will end up with too-small nest eggs upon retirement.

5. Too many millennials are scared of the stock market

When it comes to saving for retirement, stocks are the way to go, especially if you’re young. Equities offer larger potential returns than cash investments, and though the risk of a big loss is greater, people in their 20s and 30s have more than enough time to recover from those dips.

“In general, people should be more aggressive in their asset mix when they are younger — that is, tilt more toward stocks,” Steven Feinschreiber of Strategic Advisers, Inc. told Fidelity Viewpoints.

Unfortunately, only 59% of millennials are investing in stocks, according to Wells Fargo. Of those, one-third have less than 25% of their investments in stocks, a relatively low percentage. If young people don’t get more comfortable with the markets, they may find it difficult to accumulate the savings they need to retire. 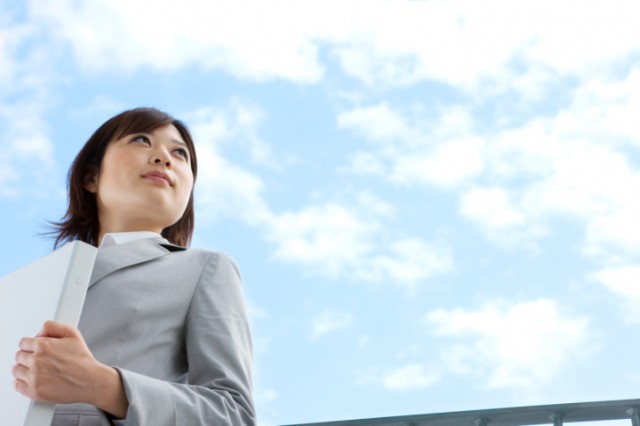 6. Millennial women are in a worse financial position than millennial men

Women tend to face bigger challenges when preparing for retirement than men, and millennial women are no exception. Millennial women who went to college have salaries that are $20,000 lower on average than their similarly educated male counterparts ($63,000 vs. $83,000), Wells Fargo found. Their total investable assets are also smaller — $31,000 vs. $59,000 — and they are less likely to have started saving for retirement.

7. Not enough millennials have access to a retirement plan at work

Of millennials who have access to a retirement plan at work, 71% are making contributions. But many young people don’t work for employers who offer retirement benefits, which puts them at a big disadvantage when it comes to saving. Just 62% of millennials have the option of contributing to a 401(k) or similar plan, compared to 74% of gen Xers and 71% of baby boomers.

“Millennials’ future economic security depends on their ability to put away a portion of their current paychecks for retirement,” noted the Center for American Progress. “Millennials know that saving for the future is important, but too few are able to do so”