7 Style Mistakes That Can Ruin Your Chances for a Promotion 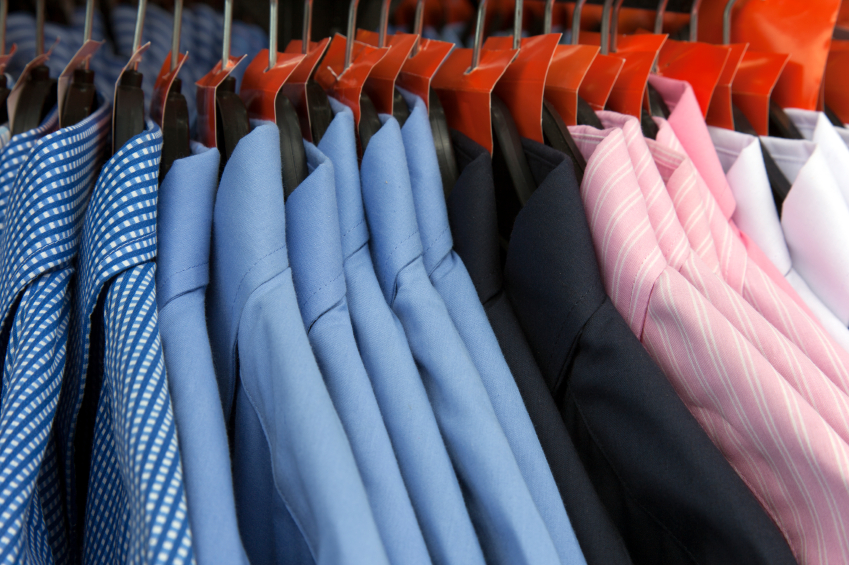 The days of the man in the gray flannel suit are long gone. Modern workers have ditched the generic office uniform and are all about expressing themselves at work. While dress codes both formal and informal still offer guidelines on appropriate attire, many guys now feel free to flaunt their personal style in the office, if only through a stylish tie, sleek briefcase, or designer shoes. In more casual workplaces, an anything-goes approach to fashion has turned goofy graphic tees and colorful sneakers into the new three-piece suit.

“The men’s industry has [overtaken] women’s in terms of growth over the last couple of years,” Steven Kolb, chief executive officer of the Council of Fashion Designers of America, told Time. “I think millennials tend to use the way they dress as a statement.”

Yet as office dress code loosens up and men get more comfortable expressing their personal style at work, problems loom. The more risks that men take with their appearance, the more likely they are to make a style misstep that can spell big trouble for their career.

CareerBuilder surveyed 2,175 hiring and human resource managers earlier this year about what aspects of an employee’s physical appearance could have a negative effective on their chances of being promoted. Here are seven of the top style mishaps that gave HR pause. 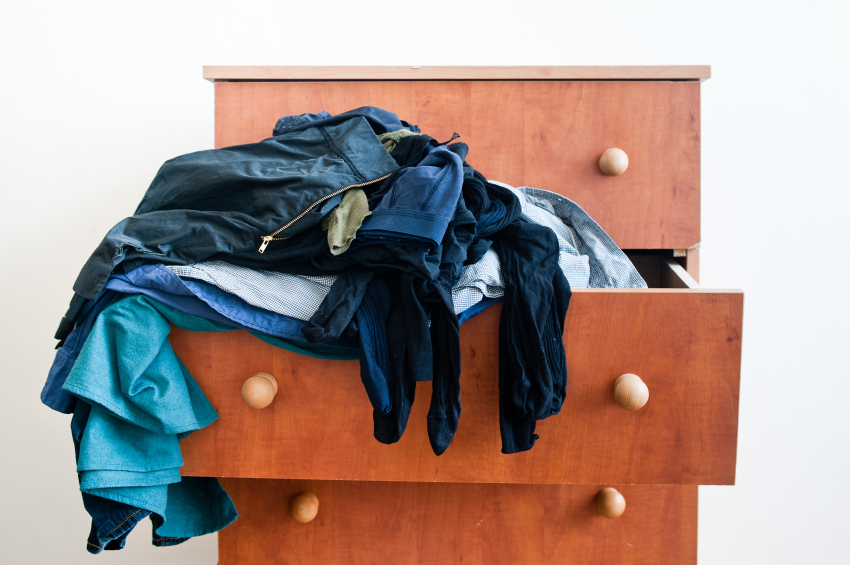 Workplaces have become increasingly casual over the years, to the point that it’s not unusual to find jobs where jeans are perfectly acceptable office attire. Yet even in the most laid-back of workplaces, a slapdash approach to getting dressed could be a problem. According to the CareerBuilder survey, 43% of hiring managers said wrinkled clothes or shabby clothes made it less likely that a person would be promoted.

Whether you are required to wear a suit and tie or can don T-shirts and sneakers for work, your clothes should always fit well and be clean. While your work performance may be stellar, showing up in scuffed shoes or a stained shirt doesn’t convey an image of professionalism and competence, whether you’re a banker or a barista.

Twenty-seven percent of HR managers said that have a visible tattoo could be a problem. Considering that many companies have dress codes that specifically ban visible tattoos, this is hardly surprising, though the anti-ink sentiment may gradually be fading as more adults get tattoos.

About one in five American adults has a tattoo, a 2012 Harris Interactive poll found, yet getting one on your hands, neck, or face could cause problems at the office. Perhaps that’s one reason why 70% of millennials who have tattoos say their ink can be hidden by clothing, according to a Pew Research Center Report.

How acceptable your visible tattoo is will likely depend on your career. People in creative professions may be able to get away with showing off their tattoos, but doctors and nurses, police officers, and teachers may have to cover up. 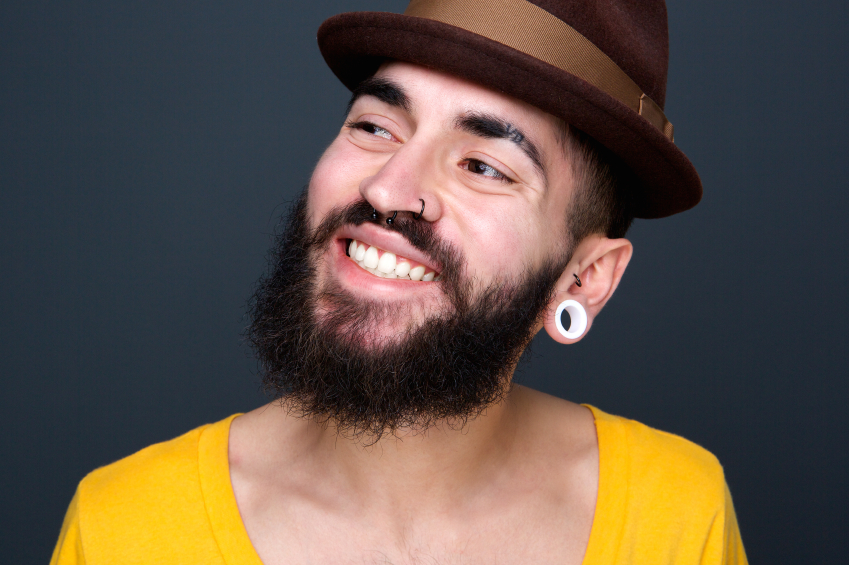 Like visible tattoos, piercings may get in the way of your next promotion. Roughly a third of HR managers cited having anything other than a traditional ear piercing as a reason a person might be less likely to get a job. And for men, even a simple ear stud could hold you back in more conservative industries.

If you do have piercings, consider wearing more conservative jewelry when at work. A small stud might be less noticeable than a nose ring, for example, and clear barbells might go unnoticed if you have a pierced tongue.

4. Having an out-there haircut

You may love your not-boring hairstyle, but 25% of HR managers said that unusual or over-the-top cuts could make it less likely for someone to be promoted. That being said, what qualifies as an inappropriate style is going to vary a lot depending on where you work.

Lawyers, accountants, and others in conservative industries are more likely to feel pressure to stick with a neat, closely cropped style, while those in more creative fields usually have a little more flexibility. The weirder your hair, the more likely it is to cause problems. An adventurous but stylish cut may be OK in some professions, but man buns or brightly dyed hair may be no-nos unless you work in fashion or entertainment. 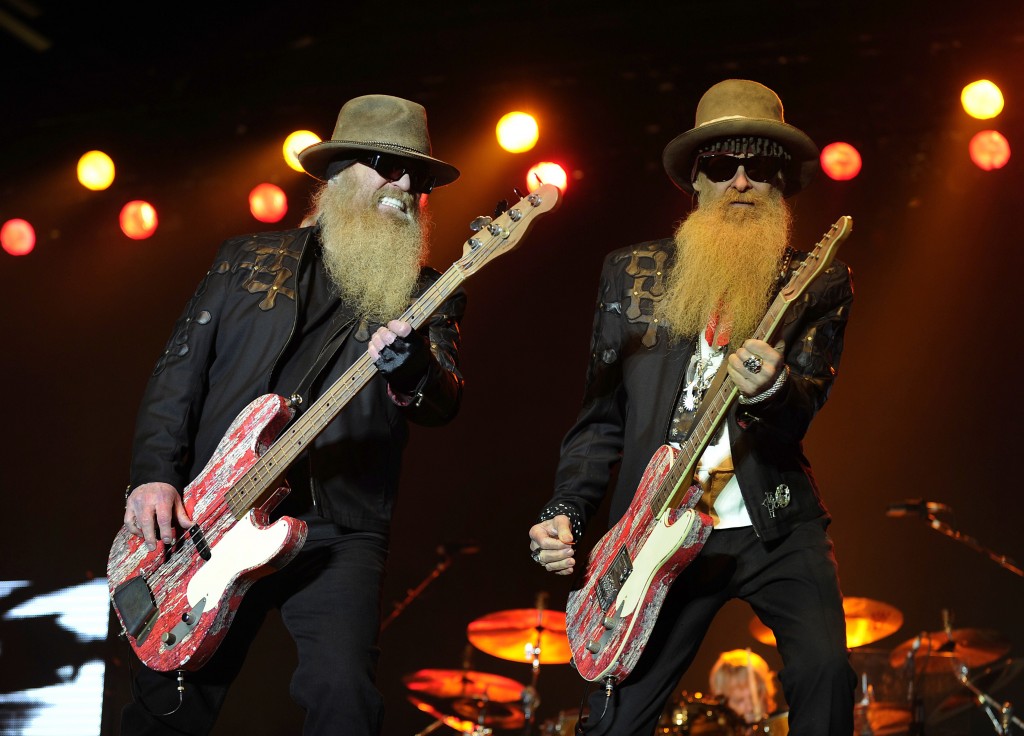 A quarter of HR managers said crazy facial hair made you stand out, but not in a good way. While beards and mustaches are enjoying a bit of a men’s style renaissance, so much so that razor sales are taking a hit, getting too creative in this area can still be an impediment to getting ahead.

“There are clients of mine in more conservative or larger organizations that have prejudices against facial hair. In fashion and beauty it’s very acceptable, but in the more conservative fields of finance or law it’s not,” Kate Benson, president of executive recruiting firm Martens & Heads, told the New York Post.

Whatever facial hair style you favor, proper grooming and maintenance are key. “Guys think if they have facial hair they will look like Brad Pitt, but often they just look sloppy,’’ Danielle Malka, president and founder of eShave, told the Post.

6. Wearing too much cologne

While you may think that your cologne makes you smell better, others disagree. Twenty-one percent of HR managers said overdosing on scent made it less likely for a person to be promoted.

A 2009 study found that roughly 31% of people found being near others who were wearing scents irritating. In people with fragrance sensitivity, colognes and other scents can cause sneezing, headaches, a runny nose, and other symptoms, says Everyday Health. You can bet if you’re making the boss sick with your scent, you’re not in line for a bump in status. 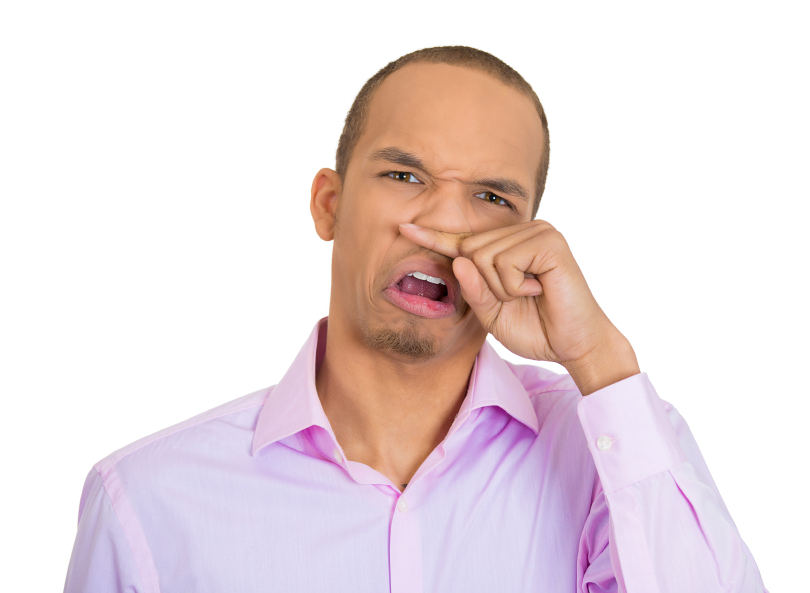 No one likes to talk about it, but 23% of HR managers cited bad breath as a problem that could keep people from advancing at work. Halitosis is caused by a buildup of bacteria in your mouth, and gum disease, conditions like diabetes, liver disease, or acid reflux can all trigger the noxious smells, according to WebMD.

Not sure if you’re turning people off with your bad breath? A tongue that’s scaly and white can be a sign that your breath is bad, according to CNN, or you can try licking the back of your hand, letting it dry, and then smelling it.