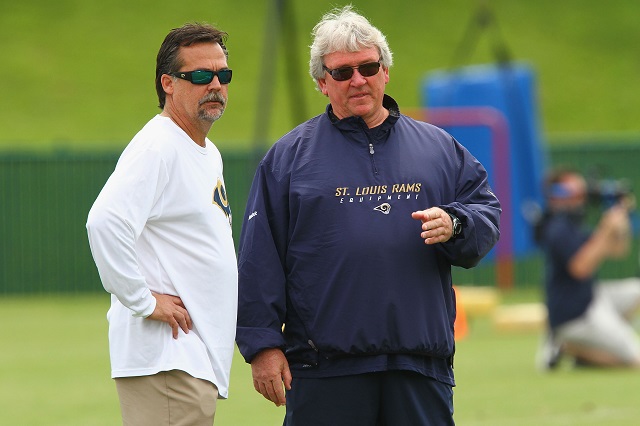 There are many, many jobs that are less visible than that of an NFL head coach, which exists in large part as a role that is defined by the public and private perceptions about the actions of a group of people that are, in a very real way, out of your control. Take Dennis Allen, the Oakland Raiders’ head coach, who was just fired after the team started the 2014 season off with four consecutive losses. Is it Allen’s fault that the Raiders are a franchise hampered by questionable decision-making and a chronic inability to establish anything like an infrastructure? Probably not. Is he being forced to fall on the sword for a team that would still be bad if Bill Belichick were the head coach? Probably. But that’s part of the gig.

Allen leaves Oakland after two seasons and change, compiling an ignominious 8-28 lifetime record. That’s not very good, but it’s a far cry from the worst head coaching resumes in the NFL’s storied history, which includes a ton of bad coaching. Apparently it’s easier to be terrible at the job than good at it. Who knew.

Without any further delay, then, here are the seven worst head coaches in the history of the NFL, as determined by their lifetime coaching percentages (i.e., their wins ranked up against their losses) with the data coming courtesy of Pro Football Reference.

Over four years with the Los Angeles Rams (now in St. Louis) and three with the San Diego Chargers, Harland Svare, a linebacker-turned-head coach, spent an eight-year career as a pro with the L.A. Rams and, later, the New York Giants. Finishing his coaching career with a lifetime record of 21 wins to 48 losses, Savare could have continued to coach, according to a newspaper article cited on his Wikipedia page, only to voluntarily leave the job in 1973, perhaps because he realized he wasn’t very good at it.

That’s not him in the picture, by the way — it’s his teammate Bob Waterfield, but it is one of the only surviving pictures of the Los Angeles Rams in the early 1950s. The photo was taken in 1952, and Svare made his debut with the team a year later.

Over five years as a head coach, four consecutively with the Phoenix Cardinals (now just “Arizona”), and a redemption-season-slash second chance with the Oakland Raiders in 1997, Joe Bugel was able to compile a 24-56 record over 80 games as the guy behind the team’s successes. That, needless to say, is not a great mark to have if you want to keep coaching in the NFL. After his stint with the Raiders, Bugel wound up with Oakland, going 4-12, and he has been unable to find another head coaching job in the league despite a prolific college coaching résumé and extended stints on the coaching staffs of the Chargers and in Washington. 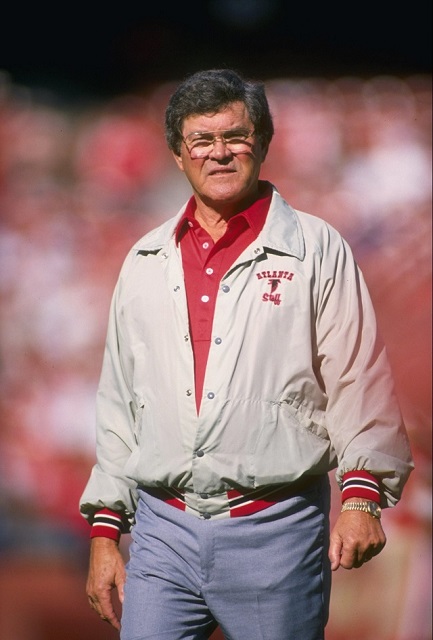 The only coach on this list to successfully oversee a professional NFL team for more than 100 games, Marion Campbell was decidedly unspectacular as a head coach, finishing his career with 80 losses to just 34 wins, as well as being on the sidelines for a tie. While his defensive acumen was unparalleled — browsing through his PFR page reveals an extraordinary amount of success as a defensive coordinator — anything beyond that seemed to be a tall order for the two-time Pro Bowler.

There are certain teams that everyone remembers, for better or for worse: think the 1972 Miami Dolphins and (almost) the 2007 New England Patriots. Think also the Buffalo Bills of the ’90s, who made it to four consecutive Super Bowls and lost every single one of them. These are teams that are etched into the collective being of the NFL, groups that can be safely referenced in fan conversation with the knowledge that most people will know what you’re talking about. The early 2000s Arizona Cardinals are not one of those teams, and that’s because under the stewardship of Dave McGinnis, they went 17-40 from 2000 ’til 2003. He hasn’t had a head coaching job since. 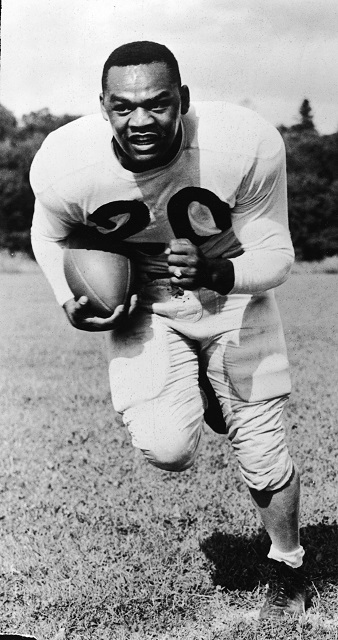 That photo, right there, is of George Taliferro, the quarterback of the late, lamented New York Yanks. Not the Yankees — the Yanks. In 1951, the last year of the team’s existence, they went 1-9 under the direction of Jimmy Phelan, a head coach who spent two earlier seasons with the Los Angeles Dons of the AAFC, going 7-7 in his first season and 4-8 the second. Phelan’s last head coaching gig would be with the 1952 Dallas Texans. They would go 1-11, giving Jimmy a lifetime record of 13-35. 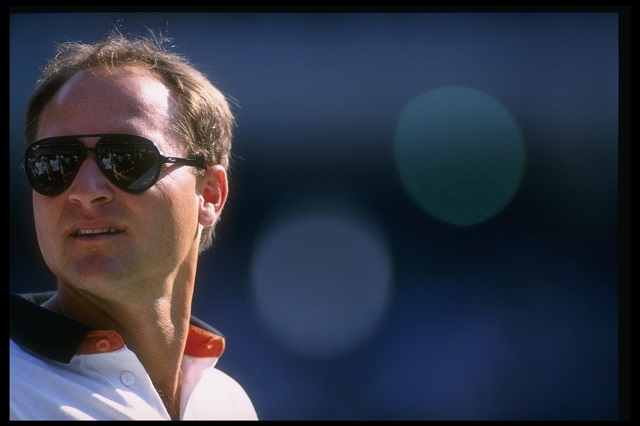 The worst head coach of the modern era, Shula spent five years as the head coach of the Cincinnati Bengals, eventually cultivating a disastrous 19-52 record in just five seasons. Perhaps unsurprisingly, that was the last time Shula was given the head coach nod, and Don Shula’s son quickly bailed on football to move on to something he was more comfortable with: namely, Shula’s Steak Houses.

The football played in the late 1930s and early 1940s is not nearly as recognizable as the game that millions sit down to watch every weekend and Monday night — if you don’t believe us, take a look at this “how to play American Football” film from the era — but one of the things that translates strongly from the past to the present is the winning and the losing. Bart Bell, who was the head coach of the Philadelphia Eagles from 1936 until 1941, was much more familiar with the losing, having only won 10 games out of the 58 that he coached. That is not very good. For the complete list of head coaches who weren’t, click here.