A Reason to Feel Good: Economic ‘Misery Index’ Is Lowest in Decades 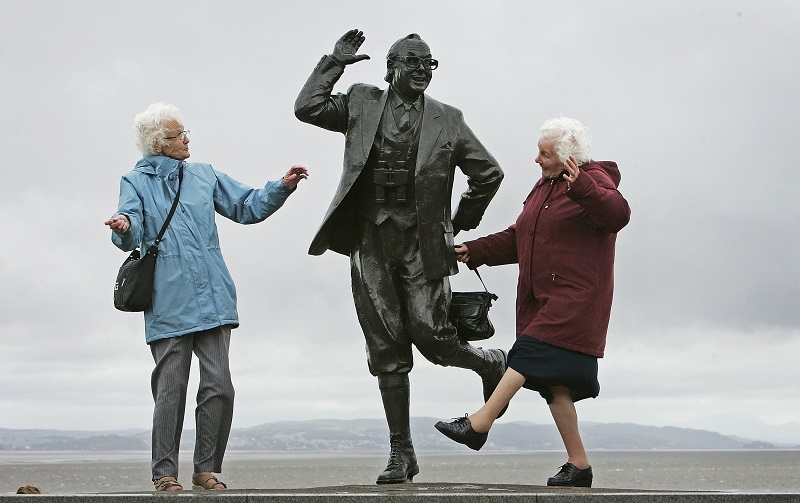 They say that attitude is everything, and that can be particularly true when trying to make heads or tails of the economy. On one hand, we’re near full employment, and gas is astoundingly cheap. On the other, the stock market has been quite volatile, student debt is suffocating younger generations, and wages haven’t grown in decades. You can easily see the current state of things as a glass half-full or half-empty.

But as we know, having little or no confidence in the economy, and letting that influence our behavior (by lowering spending and increasing savings) can actually turn a good economy sour. So, how should you feel? According to the Misery Index, you should actually feel pretty damn good.

The Misery Index itself is a measure that combines the unemployment rate with the inflation rate, as explained by a post from the Brookings Institution. According to one of the senior fellows at Brookings, Gary Burtless, the Index has been at its lowest points over the past year than it has since the 1950s. That amounts to a 5.5 score on the Index’s scale. In contrast, the Index hit an all-time high in the late 70s at a 21.98 score.

That was the last year that President Jimmy Carter was in office, and can give you a snapshot of the conditions of the country and economy right before Ronald Reagan was elected. Suffice it to say, these numbers matter, and can have big implications for future elections and policy decisions.

But, as mentioned, we’re at a 5.5 as of November, and for 2015 as a whole, an average of 5.37. These numbers may not mean much, but if you head over to the aforementioned Brookings post, a helpful chart that plots the Misery Index against periods of recession will show you how things compare. Relatively speaking, we’re in a pretty good spot right now, though we are about due for another period of economic recession.

If the Misery Index is telling us anything, it’s that we should remain cautiously optimistic. Make no mistake about it, though – the economy is still fragile. That hasn’t stopped some of our institutions from plotting an optimistic course, as we saw when the Fed decided to raise interest rates recently, despite serious worries from many experts.

The Misery Index may be an easy way to get a feel for current economic conditions, but it is a still a very simplistic way of looking at things. The economy is vastly more complex than merely looking at jobs figures and comparing them to inflation. Yes, both are big indicators, and we can get a very basic snapshot of conditions this way, but there’s much more to take into account.

For example, when we’re looking strictly at job numbers, we don’t get a sense of what type of jobs people are landing. These may be, and in many case are, unskilled, low-paying gigs that don’t supply the types of salaries and benefits people need to kickstart their social mobility. Jobs in the 50s, the last time we saw the Index so low, were “better” in a sense, in that earnings were higher, and a lot more people had the protection of unions.

Today, we’re seeing people take part-time jobs, or work as contractors. These don’t offer anywhere near the same type of security or mobility that those from decades past did. And you also have to keep in mind that many of the people entering the workforce are coming in with huge amounts of debt weighing them down, which is going to have far-reaching effects into the future.

The point? Be optimistic. But keep things in perspective.

There’s never really a time that you shouldn’t have some sense of worry about recessions, but they’re typically not that bad. Yes, jobs are lost and turmoil abounds, but there are some positive aspects to recessions, and if you take the proper measures to give yourself some padding, you can weather the storm with relative ease. And keep things in perspective – it’s all a part of the business cycle. It’s natural.

And we don’t really appreciate periods of expansion and growth without brief relapses. So don’t worry. Be happy.