A. Schulman: A Better Buy Than Dow Chemical Or DuPont? 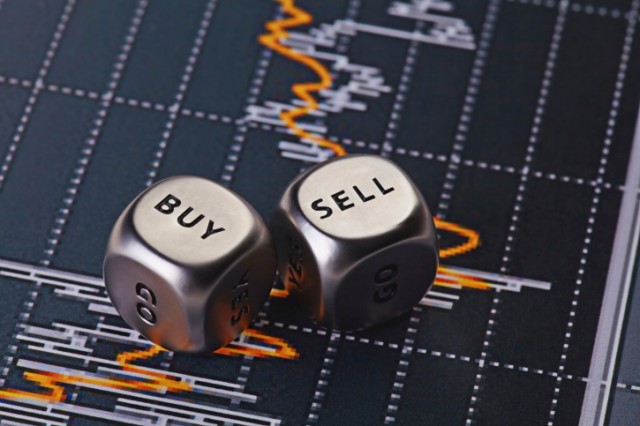 My goodness, what a performance! The little known A. Schulman, Inc. (NASDAQ:SHLM) just delivered a huge knockout quarter, and I think you definitely need to know about this company. Perhaps you are an owner of one of the company’s main competitors, such as Dow Chemical Company (NYSE:DOW) or DuPont (NYSE:DD). If so, you probably want to learn about this up and comer. While Dow Chemical and DuPont each have similar business models to A. Schulman, they also have unique differences. Perhaps the one big thing to note is that Dow Chemical trades at 13 times earnings, DuPont at 20 times earnings, and A. Schulman trades at 50 times earnings. However, I think A. Schulman has earned this premium multiple.

While similar to Dow Chemical and DuPont in many respects, it is also different in many respects. It supplies plastic compounds and resins for packaging, automotive, consumer products, and industrial applications. It offers carbon black and white color concentrates, absorptive concentrates that reduce odors, anti-static concentrates, additive solutions which enhance the appearance and performance of plastics and solutions that minimize the use of plastics or incorporate the use of either recycled plastics or renewable-based polymers.

The company also provides polymer solutions, which provide customized cross-linked resins, multi-component blends, including polyolefins, nylons, polyesters, elastomers, ionomers, and acrylonitrile butadiene styrene. It also creates reinforcements, such as glass and carbon, nano-reinforcements, flame retardants, impact modifiers, and UV stabilization. In addition, it offers specialty powders that include size reduction and resins for the injection, blow molding, and rotational molding markets. Further, the company provides custom performance colors, including standard and customized colors, organic and inorganic pigments, high chroma colors in translucent or opaque formats, and special effects paints. It’s a unique company that you should be aware of. Now to the meat of the article — and the reason the stock has caught my eye.

Lets start East of the Atlantic. In the fiscal 2014 third-quarter, net sales in the Europe, Middle East, and Africa (EMEA) segment increased 14 percent compared with the same period last year. Sales and volume benefited from greater demand as a result of continued strengthening in the automotive market and consistent strength in the packaging market. Foreign currency translation positively impacted the segment’s net sales by $21.6 million. EMEA gross profit was $56.8 million for the quarter, an increase of $8.1 million compared with the same three-month period last year. The increase in gross profit was primarily attributed to the incremental contribution of the Perrite business acquisition, favorable product mix and overall higher volumes in all product families. Foreign currency translation positively impacted EMEA gross profit by $2.9 million.

What about here in the Americas? Net sales for the Americas increased by 18.9 percent compared with the prior-year period. This increase was primarily driven by the incremental contributions of the Network Polymers and Prime Colorants acquisitions which totaled $20 million and 13.3 million pounds in net sales and volume, respectively. Gross profit for the Americas was $28.3 million in the quarter, an increase of $8.3 million compared with the same period last year. Gross profit benefitted from recent acquisitions, improved mix, and prior restructuring initiatives which were partially offset by the increased variable incentive compensation expense of $0.5 million and unfavorable foreign currency translation of $0.6 million.

What about the Asia Pacific (APAC) segment? Well, during the quarter, net sales for the company’s APAC segment increased approximately 52 percent compared with the same prior-year period. The contribution of the Perrite acquisition in APAC was $13.5 million and 10.1 million pounds in net sales and volume, respectively. Excluding the Perrite acquisition, volume increased by 22 percent. Gross profit for APAC for the quarter increased 24 percent compared with the prior-year period. This increase was primarily attributed to the positive contribution from the Perrite acquisition. Gross profit percentage declined as a result of competitive pricing pressures and the broadening of the company’s product portfolio within the APAC region. Bernard Rzepka, Chief Operating Officer, stated:

We are pleased with our global organic growth rate, particularly in Europe where improved mix and growing automotive sales have bolstered our quarter and nine-month results. Globally, we continue to achieve double-digit growth in our custom performance color product family. In Europe, Middle East, and Africa (EMEA) we continue to see steady growth in other key markets such as packaging. In the Americas, we saw a similar pattern with strength in our engineered plastics product family as a result of our acquisitions, and we had significant contributions from our specialty powders business. In Asia Pacific (APAC), we continue to improve volume and sales by executing our growth activities aided by our recent Perrite acquisition. Globally, our recent acquisitions contributed to a 10.2 percent quarter-over-quarter increase in net sales. We expect this growth rate to continue now that we have closed on the acquisition of Ferro Corporation’s specialty plastics business.

Looking ahead, the company is in great shape. Cash provided from operations was $35 million year-to-date. During the three- and nine-month periods ended May 31, 2014, the company declared and paid quarterly cash dividends of $0.20 and $0.60 per common share, respectively. The total amount of these dividends was $5.9 million and $17.7 million, respectively. I am really shocked with the strength of its third-quarter and year-to-date results despite modest global economic growth.

The company’s acquisitions, combined with the benefits of prior restructuring and its organic growth initiatives, are putting the company on pace to deliver a record year. As such the company has raised fiscal 2014 adjusted net income guidance to be in a range of $2.31 to $2.36 per diluted share, which would represent an approximate 25 percent increase over the prior-year results using the high end of this range. This equates to a fourth-quarter adjusted net income expectation of between $0.61 and $0.66 per diluted share. This type of growth is far and above that of Dow Chemical and DuPont. As such, I am recommending A. Schulman as both a growth and dividend play.

Disclosure: Christopher F. Davis holds no positions in any stocks mentioned and has no intention of initiating a position in the next 72 hours. He has a buy rating on A. Schulman and a $50 price target.