A Surprising Number of Americans Are Delaying Social Security Benefits 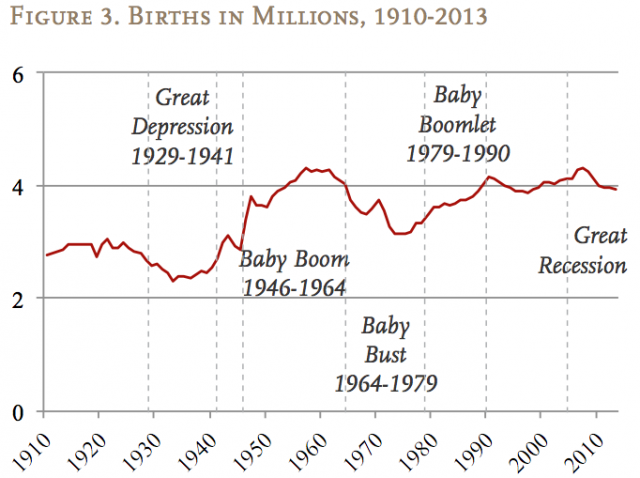 A Social Security check may not be the most popular gift at that 62nd birthday party after all. With an absence of traditional pensions and a growing need to secure retirement funds, more Americans are wrapping their so-called golden years with employment. Working longer helps savers build larger nest eggs, but it also allows a surprising amount of older adults to delay receiving Social Security benefits.

At first glance, it appears nearly half of Americans claim retired-worker benefits as early as possible. According to Social Security’s Annual Statistical Supplement, 47.5% of women and 41.9% of men who made claims in 2013 were age 62. However, due to the methodology used, when the size of the population turning age 62 is increasing, as it has over the last two decades, the data will show that 62-year-old claimants make up a larger portion of total new claimants in a given year, even if a smaller percentage of 62-year-old workers make claims. In order to provide a more accurate picture, the Center for Retirement Research at Boston College (CRR) studied cohort data based on unpublished data from the Social Security Administration (SSA).

The number of eligible participants turning 62 began to increase around 1997. Births declined sharply from the 1920s through the trough of the Great Depression and didn’t start to rebound until 1935, as seen in the chart above. This rebound effect shows up 62 years later with the number of people eligible for benefits beginning to rise in 1997. This increase in the number of participants turning 62 distorts the trend in claiming patterns, making it appear that almost half of the nation claims benefits at age 62. Instead, the CRR determines the percentage of all individuals born in a given year who claim retired-worker benefits at each age using SSA’s unpublished data, then compares it to the published data to magnify the difference.

The CRR explains: “The good news is that more people are claiming retired-worker benefits at later ages, and this pattern is consistent with increased labor force participation at older ages and the rise in the average retirement age. Nevertheless, in 2013 more than a third of insured workers still claimed Social Security benefits as soon as they became eligible. The question is whether this decision appropriately reflects the individual and family circumstances of these individuals or whether they are making a mistake.”

If you can, delaying Social Security benefits may help you achieve a more secure retirement. People born from 1943 to 1954 can receive 32% more in a benefit check by waiting until age 70 to claim Social Security, compared to the full retirement age of 66. At age 62, beneficiaries receive only 75% of what they would get if they waited until age 66. People born after 1960 are penalized by receiving 70% of benefits at age 62, but delaying benefits until age 70 results in 24% more benefits than full retirement at age 67.

If you have a health problem or family history indicating you will not live for decades beyond age 62, you may want to claim Social Security as soon as possible so that you have time to enjoy the fruits of your labor. On the other hand, if your health and finances are stable, you may want to wait. Either way, the Social Security Administration now offers online accounts so that Americans can stay up to date on their financial situations.