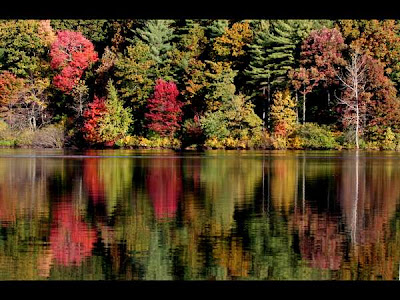 Our village life would stagnate if it were not for the unexplored forests and meadows which surround it.  We need the tonic of wilderness….At the same time that we are earnest to explore and learn all things, we require that all things by mysterious and unexplorable, that land and sea be infinitely wild, unsurveyed and unfathomed by us because unfathomable.  We can never have enough nature.  We must be refreshed by the sight of inexhaustible, vigor, vast and Titanic features….We need to witness our limits transgressed, and some life pasturing freely where we never wander….I love to see that Nature is so rife with life that myriads can be afforded to be sacrificed and suffered to prey on one another….With the liability to accident, we must see how little account is to be made of it.  The impression made on a wise man is that of universal innocence.

–From Walden, by Henry David Thoreau.

It looks like BP (NYSE: BP) might finally have found a way to stop the Gulf Oil Spill a whole 87 days after it began.  While some are “celebrating” the achievement–and it is something to be relieved about–in many respects it marks, the beginning, rather than the end of this nightmarish disaster.  If the well cap is truly successful (after numerous false reports, it’s hard to be both trusting and sure), then attention will now shift to cleaning up and assessing the damage, but it should not stop there.

Lately I have been relatively quiet about the Gulf Oil Spill and I am now ready to dive into the topic headfirst.  I had felt all along that little new can be said about the crisis, other than the venting off frustration or posting some links to sites and organizations that are doing good things to proactively help (for those who have not done so, check out my post on Animal Rescue in the Gulf which has numerous links to helpful organizations and please send a text message to 20222 with the word “WILDLIFE” in order to give a $10 donation to the National Wildlife Federation).  With oil no longer leaking, I think now is a great time to focus on the future of our energy consumption trends and habits in this country.

Taking a step back:

I stayed quiet lately, because what I wanted to do was take a step back from this whole situation and view it through a different lens, a philosophical lens.  Rather than rant and rave through my emotional thoughts (which ping-ponged between angry and really pissed off), I wanted to think about the bigger implications of the oil spill and put it in context of where we are today in the progression and evolution of mankind.  I wanted to think a lot about the relationship between humans and nature and the ebbs and flows with which humans have nurtured and exploited Mother Earth. And that’s exactly what I have done.

Ideally to engage in this sort of thought exercise I would have taken some time and visited a National Park, camped out in a wild enclave and hiked and explored a new outdoor domain.  Unfortunately work and life would not permit such an endeavor at the moment (and had I been able to go away anywhere, I would have sent myself right out to the Gulf area in order to contribute in any way possible).  In order to partake in this philosophical exercise I decided to do the next best thing–live vicariously and “deliberately” by rereading Henry David Thoreau’s Walden.  While I won’t dig into the specifics of Thoreau’s thinking, I will hopefully tap into his spirit.

A lot of what I have been thinking about cuts at the heart of the debate between John Muir and Gifford Pinchot that took shape over a century ago: that of preservation verse conservation.  Preservationists, like Muir argued for prioritizing the protection of natural resources from expropriation, exploitation and destruction, while conservationists called for a balance between the protection of natural resources and their use for economic benefit.  Preservation takes the idea of conservation one step farther.  People have constantly debated the balance that maximizes economic growth while protecting Planet Earth.

In this country, we have predominantly lived under the premise that the right balance should ultimately lead in aggregate to quality of life gains: i.e. the speed with which we use resources should not exceed a certain point in which the harm done in extracting those resources is greater than the economic benefit derived from their expropriation.  This is a utilitarian cost-benefit analysis in which society pursues the means which maximize overall utility and benefit.  With the 2000s bull market in energy and commodity prices the balance of that equation shifted dramatically in favor of the economic rather than the environmental.

Today to a large extent the shape of discourse positions the environmentalists (both preservationists and conservationists alike) in opposition to the resource expropriators (and to a larger extent the corporate world).  Rarely do we ever hear of the tensions within the environmental camp between outright preservationism and the more moderate conservationism.  With the impressive economic and quality of life gains over the past century combined with the strong bull market in commodities over the past decade, environmentalists have increasingly been marginalized in recent years as “radical” “wussies” who just don’t get “it” regardless of which side of the environmental camp one may subscribe to.

Further compounding the marginalization of environmentalism is the fact that life itself has become so incredibly abstract that people are increasingly removed from the source of our vitality–the Earth itself–altogether, to the point where there is a diminished sense of connection to our environment and ecosystem.  When one can wake up in a steel building, ride a steel vehicle which burns some kind of fossil fuel in order to arrive at a different steel building in which one communicates and connects via a collection of copper and plastics to the entire world all at once, while eating food sold in plastic wrapping and metal cans it’s very easy to forget that trees and water don’t just make for pretty vacation scenery, but rather, that they are absolutely necessary for living life itself.

With the rhetoric surrounding the “debate” over global warming, it has become clear that the environment has taken a back seat to the economic growth side of the utilitarian equation.  To me, this is abundantly clear considering the fact that IF, just IF, global warming is possibly real, why are we not doing anything possible to prevent it from getting worse?  In terms of risk/reward, the risks of doing nothing so clearly outweigh the risks of doing something and the threat never having been real.  Moreover, regardless of whether global warming is real or not, there are severe risks of maintaining our addiction to fossil fuels.  Their consumption alone causes major problems (including semi-rampant childhood asthma), but what we have learned from the Gulf Spill is that their expropriation too comes with Black Swan risks.

We are lucky in America in that the expropriation of natural resources (including oil) generally takes place so far away from our major population centers.  I say lucky because in other places around the world, control over resources has and is resulting in long deadly wars (too many examples to list, but the Iraq War is in some ways an example and the trouble in Sudan is long-standing one) and environmental problems of the small (mountaintop removal mining) and sometimes catastrophic variety (Massey Energy mine blast and obviously the BP Gulf Oil Spill).

We need to rethink our energy paradigm and we need to re-embrace the utilitarian calculation of the costs and benefits of how we pursue resource consumption.  To wrap this all up for now, here is a quote from one of my previous entries on alternative energy that gets a little into the cost/benefit calculation of fossil fuel alternatives:

Much of the debate over fossuel fuel emission reduction focuses on whether the economy can absorb the costs of a shift to more climate-friendly forms of energy consumption.  The discourse takes a cost-benefit analysis to the change and attempts to rationalize whether the the risks justify the rewards, or simply whether the ends justify the means.  As an idealist who enjoys outdoor activities, I can easily come to the conclusion that the ends justify the means myself—to me, a cleaner environment is worth a significant cost–not everyone sees eye to eye on the issue.  Political constituents with exposure to the energy and manufacturing sector in particular do not see it this way.  The false dilemma is that our choices are not mutually exclusive.  We do not have to choose between a cleaner environment or a more robust GDP.  The real choice is whether we want a robust and profitable energy sector, or whether we want to increase the size of our alternative energy industry.  What we are debating is a massive shift in wealth from the owners of our resources to the owners of innovative technologies.

This infographic highlights exactly what is wrong with our energy policy right now (hat tip to Ritholtz and the Environmental Law Institute):

Not only does our government provide far more in subsidies for fossil fuels than it does clean energy, but also the lion’s share of the subsidies for clean energy are geared towards corn ethanol (check here for more of my discussion on agricultural subsidies and ethanol).  Although burning ethanol is cleaner than burning oil, there are some significantly negative externalities that come with subsidizing ethanol.  For one, the environmental benefits are somewhat questionable considering how much energy is necessary to convert corn into consumable ethanol.  Perhaps more importantly, subsidizing the growth of corn leads to artificially high prices for corn compared to other grains.  In doing so, it encourages farmers to allocate more land towards corn than other important components of a nutritious diet, thus leading to some harmful distortions in food pricing.  Whether ethanol is the answer or not, this infographic clearly shows that our policy makers need to pay more attention incentivizing a shift away from harmful fossil fuels and towards cleaner technologies.

In the end, the ultimate question is do we want policies that promote growth, or do we want to take a utilitarian approach once again towards improved quality of life?  At some point growth comes with diminishing marginal returns in terms of quality of life, whereby each additional unit of production comes with a correspondingly smaller improvement in quality of life (and sometimes even a net subtraction from quality of life as is evident with the Gulf Spill).  Some worry about the costs of alternative energy.  Costs in and of themselves are not bad things.  Costs are worthwhile so long as they come with some sort of tangible gain.  Naysayers only want to talk about the costs costs costs of a transition to cleaner energy alternatives without even acknowledging the benefits.  It’s about time for that to change.