A Win for the Dinosaurs: Supreme Court Rules Against Aereo

In a favorable ruling for the powers that be, the Supreme Court decided that startup television streaming service Aereo is breaking copyright laws to provide its users with content. Aereo uses a method of recording broadcasts using antennas to capture content, then provide that content to subscribers. Broadcasting powers, including CBS (NYSE:CBS), ABC (NYSE:DIS), NBC (NASDAQ:CMCSA), and Fox (NASDAQ:NWSA) all view Aereo as a serious threat to one of its more lucrative revenue streams, and in the eyes of the Supreme Court, the startup company does not have the right to position itself in between the broadcasters’ content and those sources of revenue.

What makes this case tricky is that Aereo is simply capturing broadcast signals that can be picked up by any antenna — for free — and sending that program to customers via the Internet. The company is merely re-transmitting content that was already freely available. This is something that cable television providers — like Comcast or AT&T (NYSE:T) — do all the time. The major difference is that those providers pay big bucks for the rights to re-transmit that content. The danger to that revenue is what has broadcasters in such a kerfuffle.

The Supreme Court’s 6-3 ruling basically says that even though Aereo legally captures content from over the air signals, the company violates the Copyright Act by providing that content to customers. While it’s fair to argue that Aereo is simply giving consumers the technology to access broadcasters’ otherwise-free content, the courts have decided to rule in the case of the incumbents.

“We conclude that Aereo “perform[s]” petitioners’ copyrighted works “publicly,” as those terms are defined by the Transmit Clause. We therefore reverse the contrary judgment of the Court of Appeals, and we remand the case for further proceedings consistent with this opinion,” the ruling stated.

So by “publicly performing” the content from broadcasters, Aereo has been found to be operating within the confines of the Copyright Act, and be in violation of the Act’s rules. 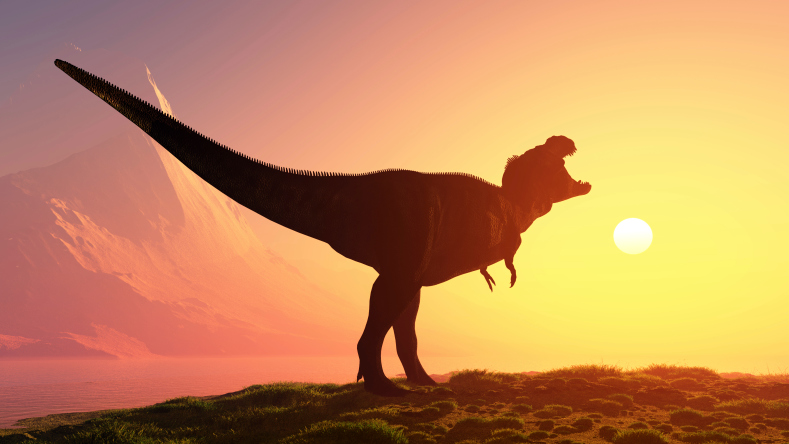 A Win for the Dinosaurs

There’s no doubt that a service like Aereo is a huge threat to broadcasters, and even though the startup company is still in its infancy, the larger companies want to take no chances with having them grow and continue to eat into profits. By rendering Aereo’s entire business practice illegal, the big broadcasting companies have ensured survival for a little while longer, despite the fact that more and more people are engaging in ‘cord-cutting.’ The large incumbent companies have obviously been paying attention to what is happening in other industries, as Netflix (NASDAQ:NFLX) has gone in and taken a bite out of cable television and media rental outlets.

Netflix is a good example of what can happen when deeply entrenched companies are not paying attention to new technology and competitors, and get the carpet pulled out from under it. By nipping the Aereo issue in the bud, broadcasters are hoping to dodge the same fate as companies like Blockbuster and Hollywood Video. There are other examples of companies trying to do the exact same thing in different industries. In the late 1990s, the RIAA went full-bore in trying to outlaw MP3 technology, which it viewed (accurately) as a giant threat to sales of hard copies of music. The attempt failed, and the invention of the iPod and other digital music players became the new norm. Since then, even iPods have been replaced, and the RIAA has been reeling ever since. One change in technology cascaded across the entire industry, and that is exactly what broadcasting companies are trying to stop.

As one writer at Salon points out, the ruling by the Supreme Court is comparable to rendering home video taping illegal back in the 1980s. VCR and Betamax technology could have been deemed to violate copyright law, and if the technology had been stopped at that point, imagine the technological innovations we would be missing out on today, not to mention all of the other technologies the same logic could have been applied towards.

With the current Supreme Court’s recent history of corporate friendly decisions, it’s not entirely surprising to see this ruling handed down. As The New York Times reports, pro-business decisions are coming to define this Supreme Court’s time in history. The court ruled in favor of corporate personhood in the Citizen’s United case, has thrown out class-action lawsuits and anti-trust cases, and has shielded many corporations from legitimate claims of harm.

The ruling against Aereo could be counted as merely another log thrown on the fire.

The ruling against Aereo is a major setback for innovators in the industry. By closing off a potentially groundbreaking method for content delivery to customers, the Supreme Court is really doing nothing more than stifling innovation. Consumers will find a way to access the content they want one way or another, including piracy or illegally downloading it. By shutting down a legitimate avenue for acquiring it, many consumers may be spurred to find alternative ways of acquiring it. What makes this case really stand out is that the content in question is already freely available over the air.

In a statement following the ruling, Aereo’s CEO and Founder Chet Kanojia brings forth the question of whether or not innovation is headed towards a permission-based system.

“This sends a chilling message to the technology industry. It is troubling that the Court states in its decision that, ‘to the extent commercial actors or other interested entities may be concerned with the relationship between the development and use of such technologies and the Copyright Act,’ they are of course free to seek action from Congress. That begs the question: Are we moving towards a permission-based system for technology innovation?”

Imagine if Apple (NASDAQ:AAPL) needed to ask permission from the RIAA to develop the iPod. Or if Netflix need to work with Blockbuster to create their business platform. Kanojia’s point, while a bit of a stretch, is sound. If big businesses are routinely able to employ the nation’s highest court to protect its business interests, and lobby for new laws to be put into place that makes it harder for competitors to enter the arena, then innovators and entrepreneurs are in big trouble.

While it’s not much consolation, Kanojia says his company isn’t taking the ruling lying down, and will try again to find a way to make business work. “We are disappointed in the outcome, but our work is not done. We will continue to fight for our consumers and fight to create innovative technologies that have a meaningful and positive impact on our world,” he wrote.

Hopefully, his attitude is contagious, because today’s ruling leaves a bad taste in the mouth of innovators nationwide.