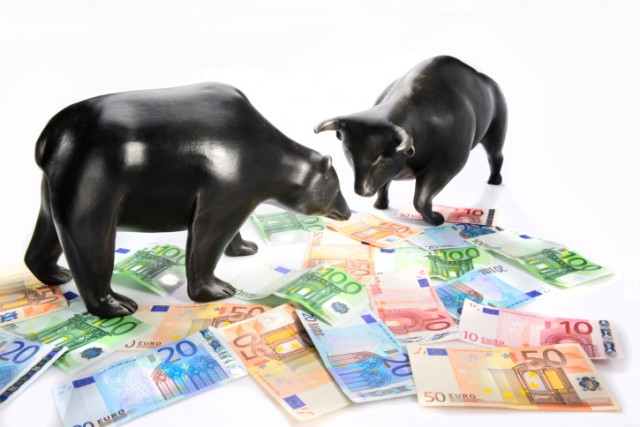 Individual investor optimism about the short-term direction of stock prices fell to an eight-week low in the latest AAII Sentiment Survey. Neutral sentiment rebounded to the upper end of its typical range, while pessimism declined slightly.

Bullish sentiment, expectations that stock prices will rise over the next six months, fell 5.3 percentage points to 32.4 percent. This is an eight-week low. This is also the 16th time in the past 18 weeks that optimism is below its historical average of 39 percent.

Neutral sentiment, expectations that stock prices will stay essentially unchanged over the next six months, rebounded by 5.5 percentage points to 39.2 percent. This puts neutral sentiment above its historical average of 30.5 percent for the 28th consecutive week.

Bearish sentiment, expectations that stock prices will fall over the next six months, declined 0.2 percentage points to 28.5 percent. The decline puts pessimism below its historical average of 30.5 percent for the 13th straight week and the 36th out of the last 40 weeks.

Neutral sentiment is right at the upper end of its typical range. Readings above 39.4 percent are considered to be unusually high (more than one standard deviation away from average.) The current 28-week streak of above-30.5 percent readings for neutral sentiment ties a similar streak from 1993 for the third-longest in the survey’s history. The only longer such streaks were an 82-week stretch between 1987 and 1988, and a 65-week stretch between 1997 and 1998.

Uncertainty about the short-term direction of stock prices, combined with a backdrop of concerns about prevailing valuations, a wait-and-see approach about second-quarter earnings, and, for some individual investors, rising tensions in the Middle East all likely played a role in boosting neutral sentiment and lowering optimism.

Some AAII members remain optimistic about sustained economic growth, the market’s upward trend, and the Federal Reserve’s tapering of bond purchases. Others fret about the pace of economic growth, prevailing valuations, events in the Middle East and Ukraine, and frustration with Washington politics.

This week’s special question asked AAII members what type of impact, if any, the current events in the Middle East are having on their six-month outlook for stock prices. Nearly half of respondents (49 percent) said the events so far were either not impacting or having a very small impact on their outlook.

Slightly more than one out of five respondents (21 percent) said the events were either causing them to reduce their expectations about how stocks will perform or were a cause for concern. Just 12 percent said they were more bearish because of the events in the Middle East. Some members noted that their outlooks would change if geopolitical events worsened.