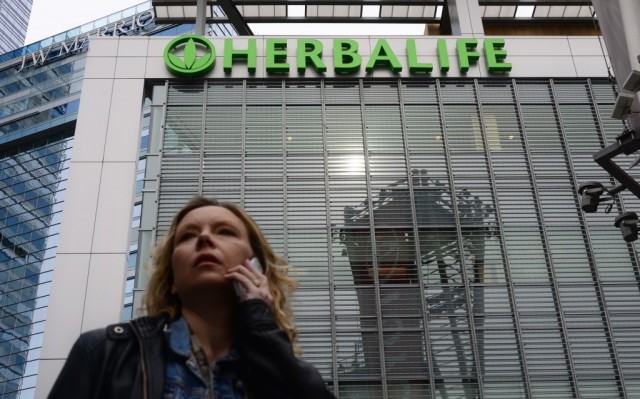 Infamous hedge fund manager Bill Ackman on Monday announced that he will be giving a presentation explaining why he believes that Herbalife (NYSE:HLF) will “collapse.” This announcement sent shares plunging in midday trading by more than 11 percent.

Herbalife has been in the crosshairs for a couple of years now. The company sells health products such as vitamins, protein bars, and energy drinks, but it doesn’t do this by distributing them at grocery stores and drug stores. It does so through individuals who sign up to become distributors and who wish to become entrepreneurs.

A quick look at the company’s income and financial statements show that the company is in good shape. While management has taken on some debt recently, it has also repurchased a lot of stock. It is a growing company, trading at just over 12 times trailing earnings, making it one of the cheapest growth stocks available on the market.

He recently released a documentary in which the so-called “entrepreneurs” tell us that there was almost no emphasis on selling the company’s products. Rather, new recruits were encouraged to sign more people up. They had to pay a lot of money in order to position themselves to do this, and they were promised that if they made these payments and worked hard at signing up new members that they would make a lot of money.

They didn’t, and eventually dropped out of the program. This documentary ends with a question-and-answer session with an audience, four of these disgruntled ex-Herbalife partners, and an expert on pyramid schemes.

Herbalife has fought back by demonizing Ackman. It also suspended its dividend and assumed a lot of debt in order to aggressively repurchase shares, although as Ackman correctly points out, this effort was made near the top of the market, which suggests that the intent was to prop up the share price and to perhaps force a short squeeze.

This seems to validate Ackman, given that management appears to be more concerned about maintaining an image than generating long-term shareholder value.

But as Ackman comes out with his latest presentation, one has to wonder what his motivations are. Ackman has a large short position out there, and he has been very public about it. Furthermore, this short position is underwater. Given that short positions are costly — you need to pay interest in order to borrow stock — he needs the stock to fall within a certain period of time in order to make a profit.

With all of this going on, it is difficult to know who is right and who is being deceitful. But one thing is certain: Something is fishy. With this in mind, unless you are an expert on pyramid schemes and unless you have done your research, your best bet is to just stay out of this one on both the long and short sides. There are simpler opportunities out there, and while being right on this name can make you a lot of money in a short period of time, it just doesn’t seem to be worth the risk.

Disclosure: Ben Kramer-Miller has no position in Herbalife.