If you haven’t heard of Lucas Warren, you’re missing out on something adorable. He is the first Gerber baby with Down syndrome to represent the company — and one of the youngest disability advocates to win the hearts of internet users everywhere.

Down syndrome is one of the most common birth defects that can impact a child’s life. Thankfully, Lucas isn’t letting his condition stand in the way of his first job. Here’s what life as a Gerber baby looks like — and why living it with Down syndrome matters. 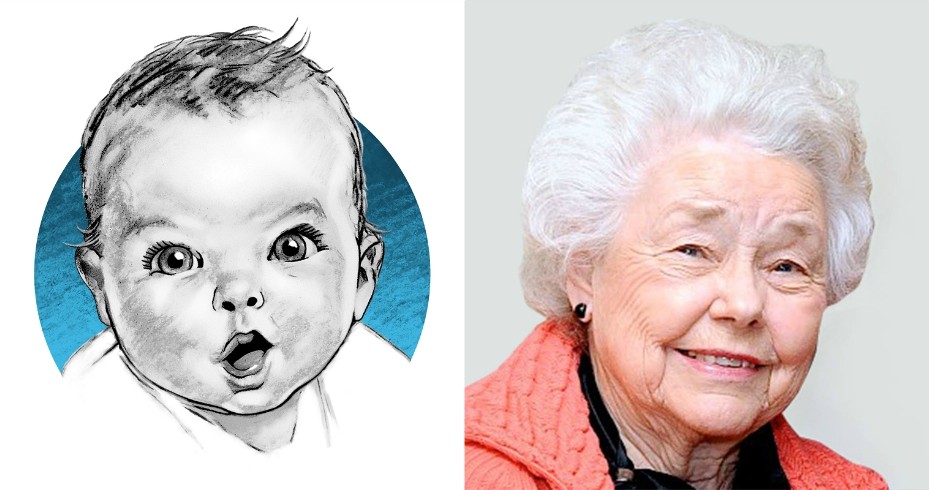 Ann Turner Cook has spent much of her life writing mystery novels, but that’s not the most interesting piece of personal trivia she has the pleasure of sharing with the world.

She was also the model for the original Gerber Baby artwork. It is still used on the Gerber Products Company’s baby food packaging, and has been since 1928. Technically, her five-month-old face is a trademark.

Next: With the rise of social media came a new, adorable idea. 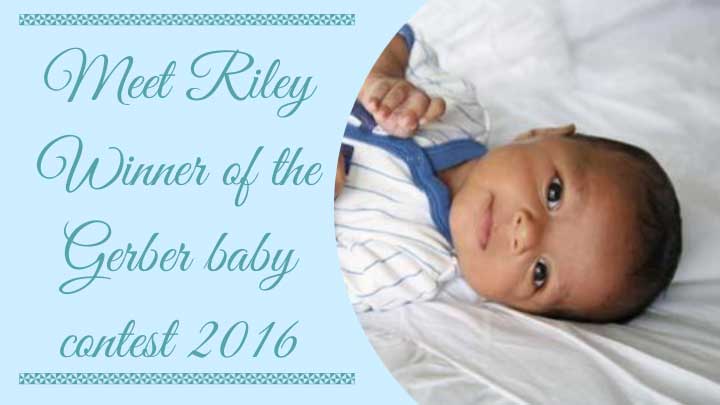 Every year they pick the contest winner. | Gerber

The original Gerber Baby artwork has represented the company for over 90 years. In 2010, Gerber announced their first photo contest, encouraging parents to submit photos of their babies for their chance to become the “face” of the company’s social media accounts for a year.

Next: The 2018 winner is already winning hearts. 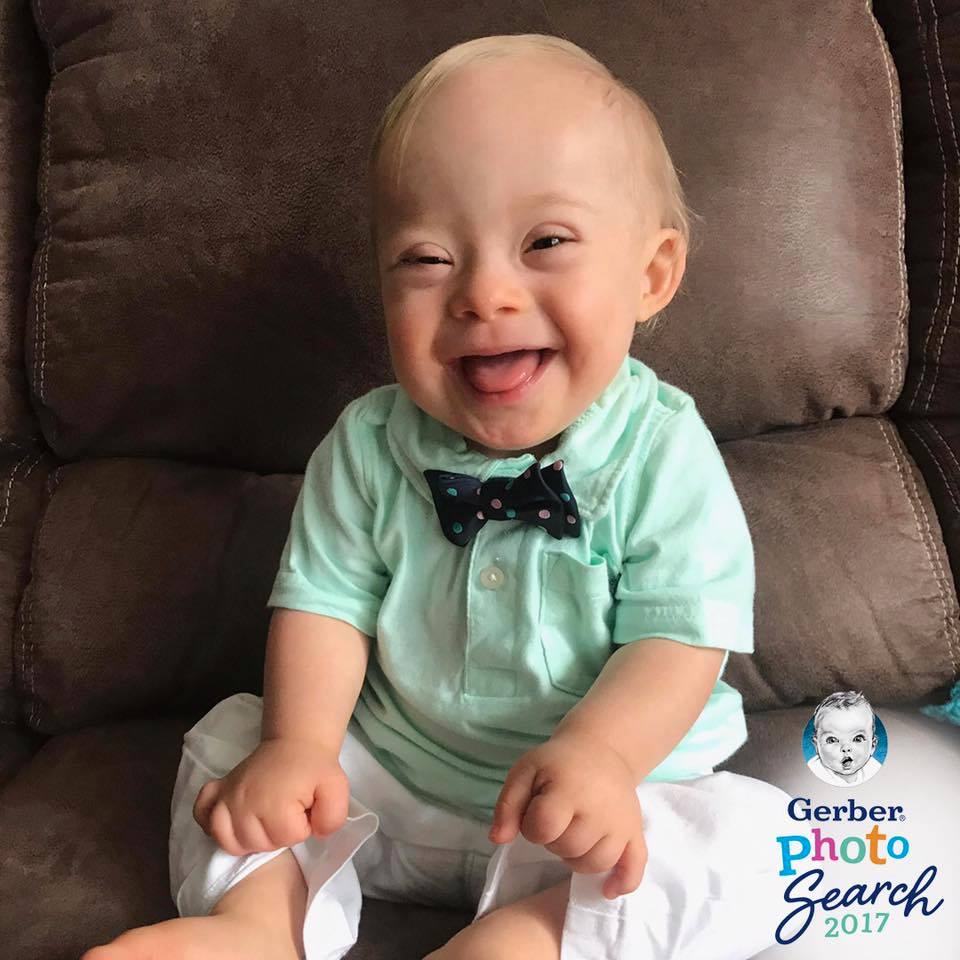 At 18 months old, Lucas Warren has already landed his first job. The company chose his baby photo out of over 140,000 entries because of his “winning smile,” Gerber’s chief executive said. As the first Gerber baby with Down syndrome, he’s grabbed the attention of parents and advocacy groups everywhere.

His family will receive a total of $50,000 for Lucas’s year as Gerber’s spokesbaby. He has become an instant social media star — and a young advocate for other children with Down syndrome.

Next: How does Down syndrome affect his daily life?

What is Down syndrome? 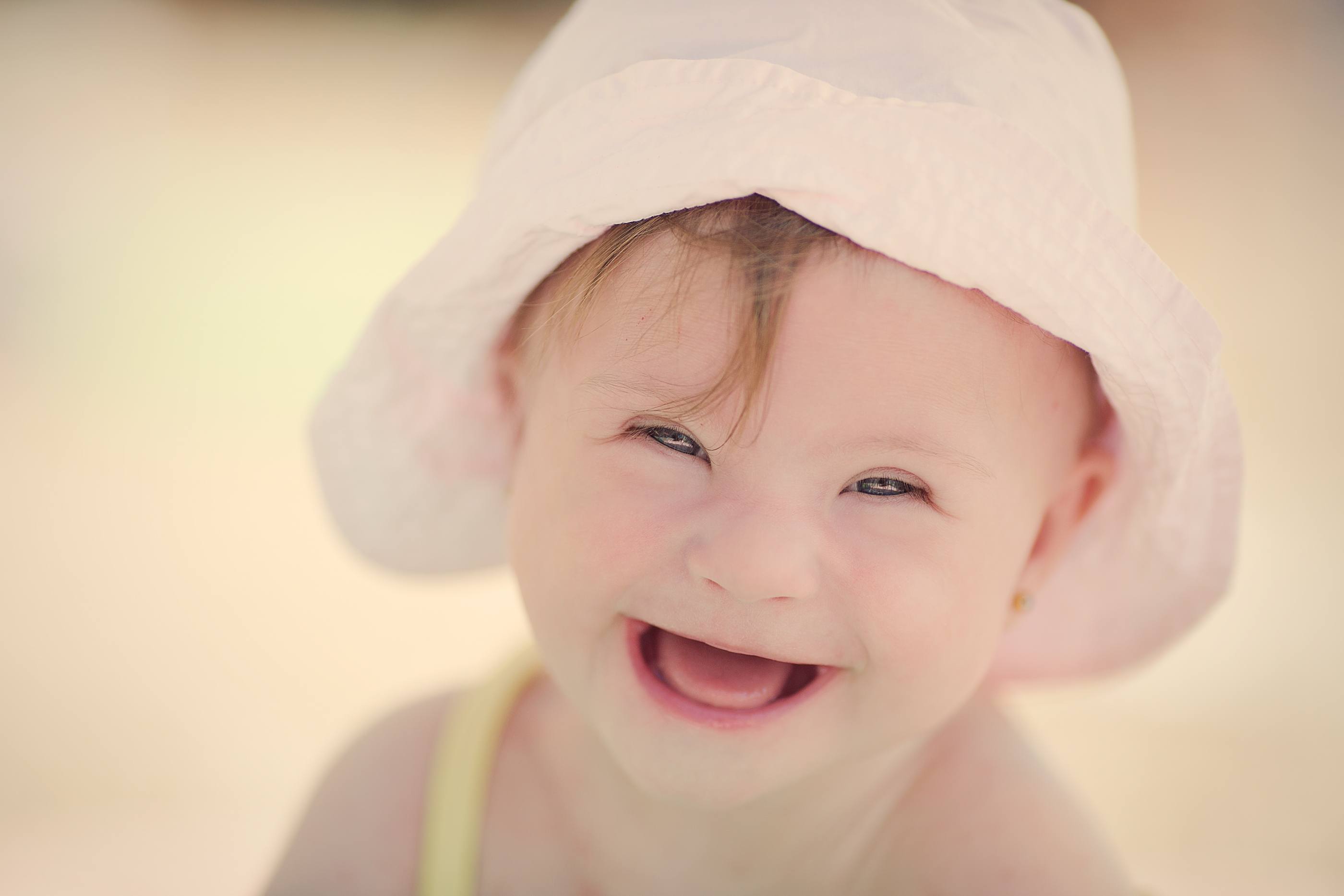 Only about 6,000 babies are born with Down syndrome in the United States every year. It’s a genetic condition in which the individual has an extra copy of chromosome 21 — normally, we’re born with only 23 pairs, no extras attached.

Researchers still don’t know what causes this. Babies are born with the condition, and live with it their entire — unfortunately, often shorter than most — lives.

Next: Baby Lucas accidentally became a spokesbaby no one knew we needed.

Gerber baby Lucas might be the youngest Down syndrome advocate ever 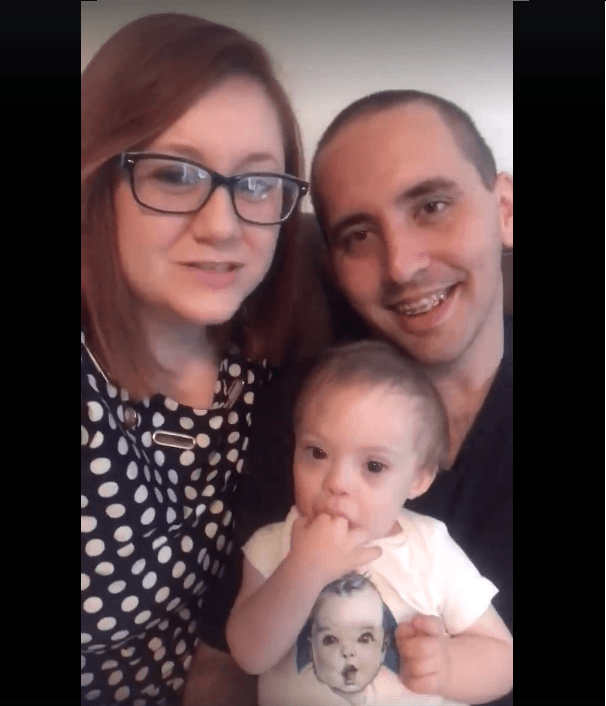 No one expected a baby with Down syndrome to become the face of Gerber in 2018, but — other than Lucas’s parents — no one’s happier than the parents and advocates of other children with the condition.

Katie Driscoll is the founder and president of Changing the Face of Beauty, a nonprofit that advocates for representation of people with disabilities in the media. She believes Gerber’s winning choice “[moves] us closer to a more inclusive world.”

Next: What does Down syndrome look like at birth?

Down syndrome symptoms every parent should know 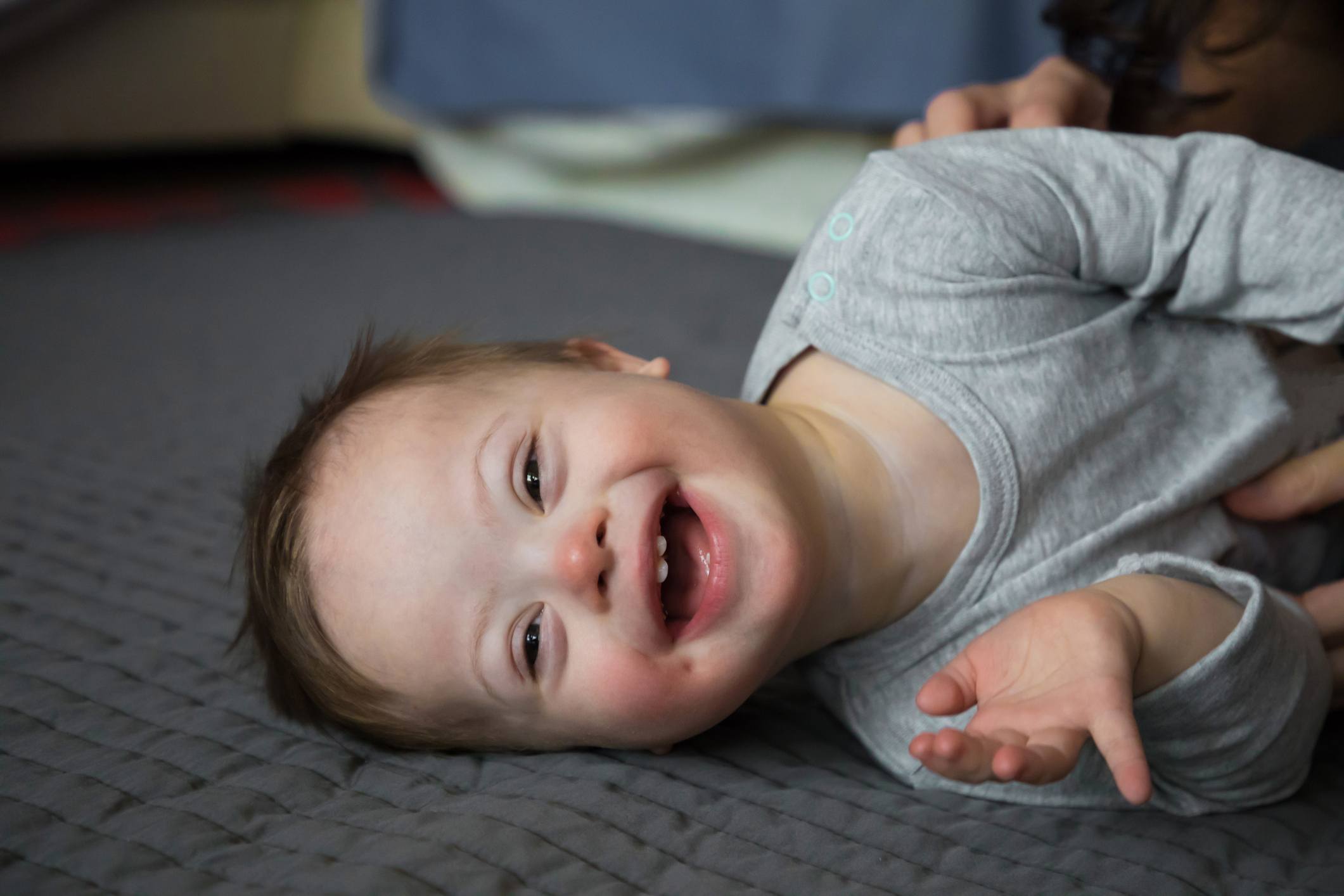 There are certain features to look out for. | Tatiana Dyuvbanova/iStock/Getty Images

There are a number of physical characteristics physicians use to identify Down syndrome at birth. Usually, babies born with the condition present with flat facial features, a small head and ears, and eyes that tend to slant upward.

Many children with Down syndrome experience developmental delays both physically and mentally, but both are usually very mild.

Next: Even with Down syndrome, Lucas is more than qualified for the job.

What does a Gerber baby do? 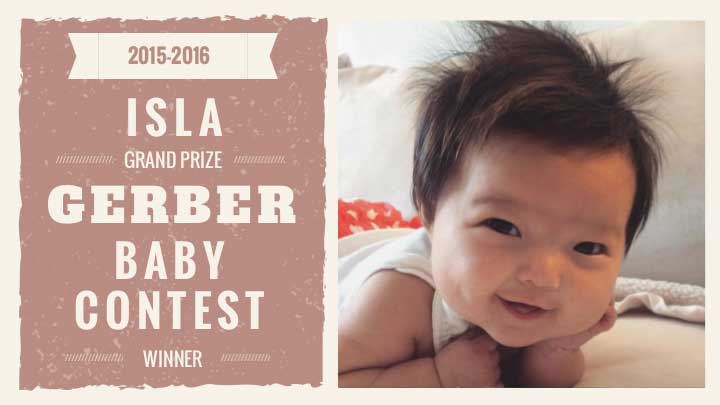 Lucas, and all the former winners of the Gerber Baby Contest, have a pretty easy job. They appear on promotional content across the company’s social media channels throughout their year of “employment,” which means a lot of smiling and giggling at cameras, looking as cute as possible.

It’s a tough job for a baby. Good thing there’s plenty of time for extra naps.