After Years of Development, Honda Readies Its Aerospace Debut 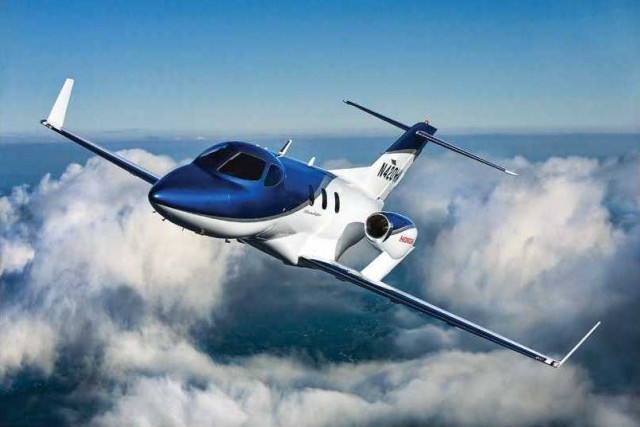 In some circles, Honda (NYSE:HMC) is renowned for its reliable generators — small engines designed specifically to produce electricity. In other circles, Honda is revered for its motorcycles, both casual and racing; and while boat aficionados swear by Honda’s excellent marine engines, the company is most notably known for its reliable and enduring automobiles. But Honda isn’t content, and it’s hoping to apply the same degree of engineering expertise to private jets.

Honda began working on the HondaJet a few years ago. Hailed as “the world’s most advanced light jet,” the HondaJet brings a very Honda-like approach to the world of private aerospace. It comfortably seats four (or five) passengers in a roomy cabin (it’s a pretty small plane) and boasts stellar fuel efficiency while emitting less nitrogen dioxide than other light business jets. It’s priced at about $4.5 million per unit, which is still quite a lot of money, but in its field, it’s cost competitive and actually on the affordable side — like many of Honda’s products.

The big news to come from Honda’s infantile aerospace program is that the first production HondaJet is nearing completion at Honda’s facility in Greensboro, North Carolina. It’s rated for 420 KTAS (knots true airspeed) at 30,000 feet, or about 480 miles per hour. It has a flying range — when carrying four occupants — of 1,180 nautical miles, about 1,300 ground miles. That’s not a tremendous distance by modern aviation standards, but remember that this is really a puddle-jumper meant for quick business trips, not transoceanic voyages.

The fact that Honda one day decided to jump knee-deep into the private jet industry is in itself impressive. As Torque News reports, the amount of investment in the program is colossal well before the first plane rolls off the line. A 600,000-square-foot, state-of-the-art development and production facility that houses 1,000 employees had to be constructed to produce the six test mules that were built, and 2,000 test cycle hours were expended on the G.E.- Honda engines alone. Currently, just nine jets are moving down the assembly line in various stages of assembly, the publication said. 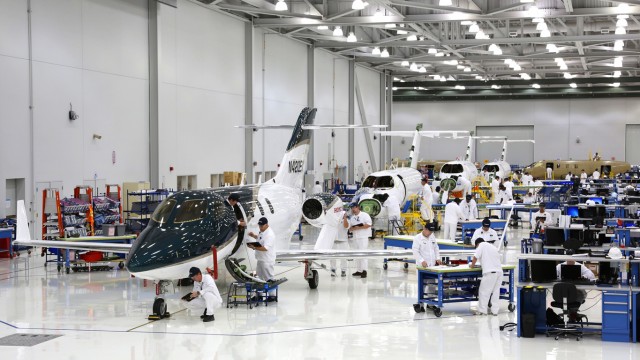 Eventually, Honda hopes to hit a stride of 70 to 100 aircraft per year, or six to nine planes per month, roughly. That would bring the Greensboro facility up to its production capacity. Now, the company is in the process of getting its Federal Aviation Administration certification so it can start delivering the planes to eager customers.

In order to be certified, the HondaJet must be subjected to rigorous testing, including full-scale fatigue testing and stall speed, stall characteristics, and stall warning system tests. The aforementioned 2,000-hour flight log that the HondaJet has undergone represents about five years of typical ownership.

Honda is prepping to have 10 aircraft completed by June, which will be delivered immediately to clients once the FAA signs off on the plane. The HondaJet will compete directly with the likes of the Cessna Citation Mustang and, to a lesser extent, Bombardier’s Learjet 70. But more importantly, it’s new territory for Honda, which seems to have a knack for mastering whatever industry it’s playing in.

Honda is essentially doing to the aircraft industry what it did to the auto industry in the U.S. in the 1970s and ’80s: coming in with a cheaper, easily maintainable ground-floor model on which to build from. And if its success with cars is anything to base HondaJet on, the private aerospace industry could look pretty different in several years.