Airline Ticket Fees Could Be Going Up, Again

The average flight within the United States cost $393 in the fourth quarter of 2014, according to the Bureau of Transportation Statistics. That’s up 2% from the same period in 2013. But the price tag could be even higher in the future if the Federal Aviation Administration and people who run the nation’s airports get their way.

The FAA has proposed nearly doubling the cap on the Passenger Facility Charge (PFC) from $4.50 to $8.50 per flight as part of the agency’s funding reauthorization. The FAA’s current authorization expires in September 2015.

Airports United, a partnership between the Airports Council International – North America and the American Association of Airport Executives, is also pushing Congress to increase the PFC cap. They say the increase is necessary to pay for improvements at the nation’s airports, like expanded runways and bigger terminals.

Meanwhile, the airline industry is lobbying hard against increasing the PFC, saying that there’s already plenty of money available to pay for airport improvements and that passengers shouldn’t have to pay more taxes and fees than they already do. A survey commissioned by Airlines for America, an industry trade group, found that 82% of people opposed increasing the PFC.

“[I]t takes a bit of chutzpah for our airport partners to advocate for a historic tax hike on the traveling public,” said Sharon Pinkerton, the senior vice president of legislative and regulatory affairs for Airline for America, in a statement before the U.S. Senate Commerce Committee in April 2015. “It simply is not necessary since significant airline investments combined with the existing streams of resources and funding provide airports with the funds for improvement projects needed today and in the future.”

Travelers already pay roughly 21% of the total cost of airplane ticket in taxes and fees, argues Airlines for America. Rather than hiking the PFC, the airline industry suggests that airports look to bond funding as a source of cash for new capital projects.

Those who support increasing the PFC say that the airlines’ opposition has more to do with protecting their own interests than it does concern about flyers having to suffer more taxes.

“We do see why the Big Three airlines so vehemently object: infrastructure modernization equals more terminal space for competitors, which equals more choices and better fares and service for consumers,” said Jonathan Grella, executive vice president at the U.S. Travel Association, in a statement.

Increasing the pool of money available to local airports would mean fewer delays and increased capacity, claims the AAAE. It would also be good for the economy, says the organization, pointing to Department of Transportation statistics that say roughly 28,000 jobs are created for every $1 billion invested in transportation infrastructure.

The Tax Foundation also supports raising the PFC and indexing it to inflation, calling it “the most market-based solution for airport funding.” While Congress sets a cap on the PFC, local agencies decide whether to charge a PFC (though they must receive FAA approval to do so), receive the money, and decide what to do with it. 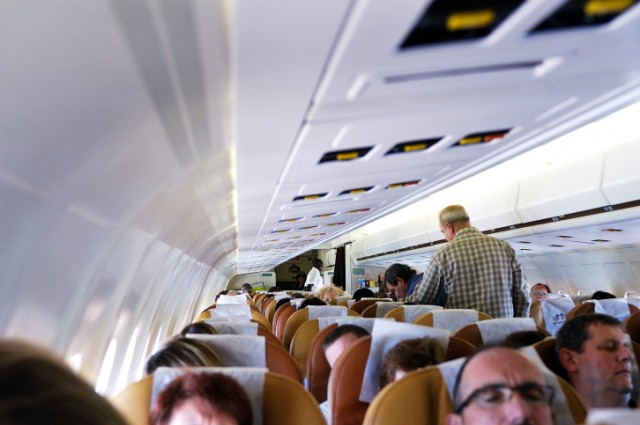 Travelers will pay an estimated $2.87 billion in PFC fees in 2015, according to the FAA. That number would increase significantly if the PFC cap is lifted. The cap was last increased in 2000. Currently, total PFC fees collected from passengers are less than what airlines take in from various extra charges like baggage and ticket change fees. In 2014, airlines collected more than $3.5 billion in baggage fees alone, according to the Department of Transportation.

The PFC isn’t the only hot-button issue in this year’s FAA reauthorization bill. There’s also a move to change the way air traffic control is handled in the U.S. by moving oversight of the country’s controllers to a nonprofit corporation, the Wall Street Journal reported. That change could help bring the safe but somewhat inefficient air traffic control system into the 21st century, say proponents.

Debate over a possible increase in passenger fees and other changes to air travel in the U.S. is likely to continue over the summer, as the deadline for the FAA reauthorization nears.