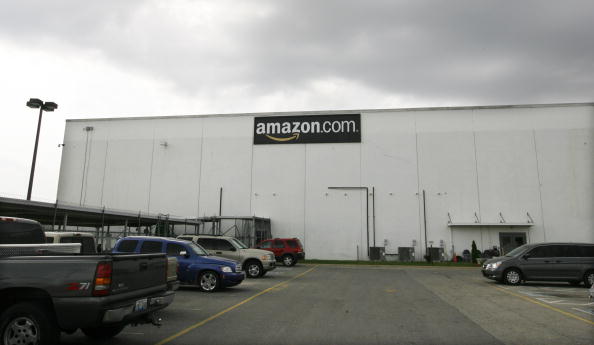 Amazon’s (NASDAQ:AMZN) Prime Instant Video obtained exclusive online-only streaming rights for a number of HBO original series. Before the market open on Wednesday, Amazon announced a multi-year content licensing agreement with HBO that will give Amazon rights to HBO original programming, including notable shows and mini-series, among other items. Under the agreement, Amazon will offer these shows on an exclusive basis for its Prime Instant Video customers, and will also get previous seasons of more recent HBO programming over the course of the agreement roughly three years after airing on HBO. The first batch of HBO content will debut on Prime Instant Video on May 21, available to Amazon Prime customers who pay $99 annually for free shipping. The agreement marks the first time that HBO content has been licensed to an online-only subscription streaming service. The applicable programming will remain available on all HBO platforms. Financial terms of the agreement were not specified, although based upon recent content deals that involve payments of $250,000 per episode for popular TV programming, we believe that annual payments are likely well above $200 million.

Amazon also announced that HBO Go will be available on Fire TV, with a launch targeted by year-end. HBO Go offers subscribers over 1,700 titles online, including every episode of new and old series, documentaries, miniseries, films (including original films), specials, and sports. Although the content available on Prime Instant Video is unlikely to ever approach the 1,700 figure at any given time, we believe HBO has the catalog depth to serve as a “game-changer” for Amazon.

In our view, the first wave of HBO content on Prime Instant Video is unparalleled for a subscription-only online streaming service from a quality perspective. According to Brad Beale, Director of Content Acquisition for Amazon, the shows available in May have over 115 Emmys combined. We believe the HBO deal positions Prime Instant Video as a viable competitor and potentially more appealing alternative to Netflix (NASDAQ:NFLX). Through the HBO deal, in addition to its own original content, Amazon has the potential to offer close to seventy different series that we believe HBO owns outright, with multiple seasons available for the more successful shows. By comparison, we believe that Netflix’s original series figure is closer to ten, with up to only two seasons available. Also, Netflix typically buys first window streaming rights only, as opposed to owning the content.

We continue to believe that Amazon could eventually offer a standalone streaming service at a discount to Prime ($99 per year) and Netflix ($7.99 per month, with a price increase expected in the near future.) We think Amazon has an incentive to offer streaming for half the current Netflix price ($3.99 monthly), and could use a standalone streaming offering to justify the recent price increase for Prime simply by saying that the $99 price includes a $47.88 streaming subscription. Amazon could also cross-sell Prime to streaming customers, offering an upgrade to Prime and free shipping for a year for an additional $51.12. If this happens, we think that Netflix shares will be under continuing pressure for the foreseeable future.

Netflix management believes that the Netflix and Amazon offerings are complementary, with each a distinct Internet video channel in an ecosystem that is not zero-sum. In the view of Netflix management, Internet video offerings are competing against linear video, rather than each other. We do not share management’s conviction, and see the lack of Netflix’s inclusion in Fire TV’s voice search as evidence of the serious competitive threat that Amazon hopes to pose to Netflix. Although Netflix says that inclusion efforts are in progress, we will remain skeptical until inclusion materializes.

Finally, we think that there may be some truth to the speculation that Amazon will offer a free, ad-supported service, which we think will severely impact Netflix’s ability to attract new subscribers.