Before his inauguration, Donald Trump said there would be “consequences” for companies that shipped American jobs overseas. Recently laid-off employees at IBM, GE, and Microsoft might wonder what those consequences are.

Each of those three companies announced in 2017 that they’d be offshoring jobs. And they’re far from alone. A glance at Department of Labor data reveals more than 125,000 Americans were eligible for job training assistance in 2016 because they lost their job to a worker abroad or were otherwise displaced because of global trade.

Some of those jobs eventually come back to the U.S. In 2016, the country brought back more manufacturing jobs from overseas than it sent abroad, according to the Reshoring Initiative. But others never return, leaving workers and their communities dealing with the fallout.

In December 2016, Donald Trump famously claimed he had stopped Carrier from sending more than 1,000 jobs to Mexico. The high-profile rescue made for good press, but there was a nasty truth lurking behind the hype. For one, the actual number of jobs saved from offshoring was closer to 800. In addition, some jobs were still lost. Carrier, a subsidiary of United Technologies, moved ahead in 2017 with plans to send hundreds of other jobs at the Indiana plant to Mexico.

The lost jobs at Carrier are just a fraction of the more than 5,000 positions parent company United Technologies has sent overseas in the past couple of decades, according to a report from Public Citizen, even though the company was awarded roughly $6.5 billion in government contracts in 2016.

Next: Blue-collar jobs aren’t the only ones going overseas.

Factory jobs aren’t the only ones that companies are sending abroad. White-collar workers are at risk, too. In 2016, Morgan Stanley said it planned to save as much as $1 billion through a combination of technology and offshoring jobs to lower-cost cities, such as Mumbai and Budapest, Reuters reported. They’re not the only bank looking to move work abroad. UBS and Goldman Sachs were plotting similar moves.

IBM is talking out both sides of its mouth, at least according to critics. In late 2016, the company promised to hire roughly 25,000 more workers in the U.S. But at the same time, it was also laying people off and shipping their jobs overseas, Bloomberg reported. Over the past few years, hundreds of IBM employees have been laid off because their jobs shifted to countries, including Costa Rica, Egypt, Argentina, and Brazil, according to Public Citizen’s Trade Adjustment Assistance database.

People who work in IT are particularly vulnerable to offshoring, as hundreds of employees at home improvement chain Lowe’s discovered. The company, which is headquartered in Mooresville, North Carolina, laid off approximately 125 tech workers in June 2017, the Charlotte Observer reported. Most of those jobs would instead be done by workers in Bangalore. It was just the latest in a round of layoffs for the company, which had already recently let go hundreds of people in its corporate office.

Next: Even university employees aren’t immune from offshoring. 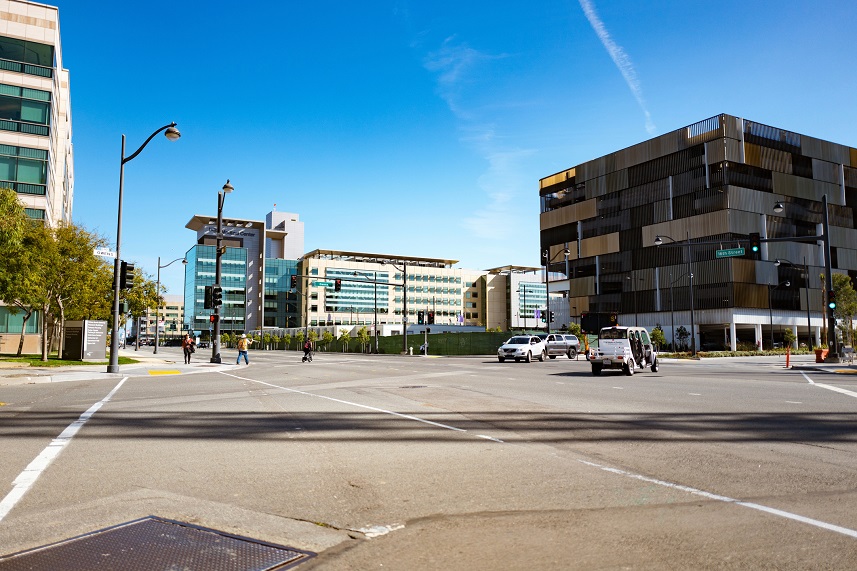 Big companies have been offshoring workers for years, but now even schools are getting in on the cost-cutting action. In 2016, roughly 80 tech workers at the University of California, San Francisco learned they’d be losing their jobs to workers in India, the Mercury News reported. As often happens in cases of offshoring, the laid-off workers were asked to train their cheaper replacements before being shown the door.

Next: You might be surprised to find out where GE is moving some factory jobs.

When jobs move abroad, people often imagine them going to a factory in Mexico or a call center in India. But those aren’t the only countries where companies send work. In 2017, employees at a GE plant in Waukesha, Wisconsin, learned their factory would be closing and they’d soon be unemployed. Where were the jobs going? Just over the border to Canada. America’s neighbor to the north lured GE with $2 billion in incentives, CNN reported.

Next: This company will no longer make its caskets in the U.S. 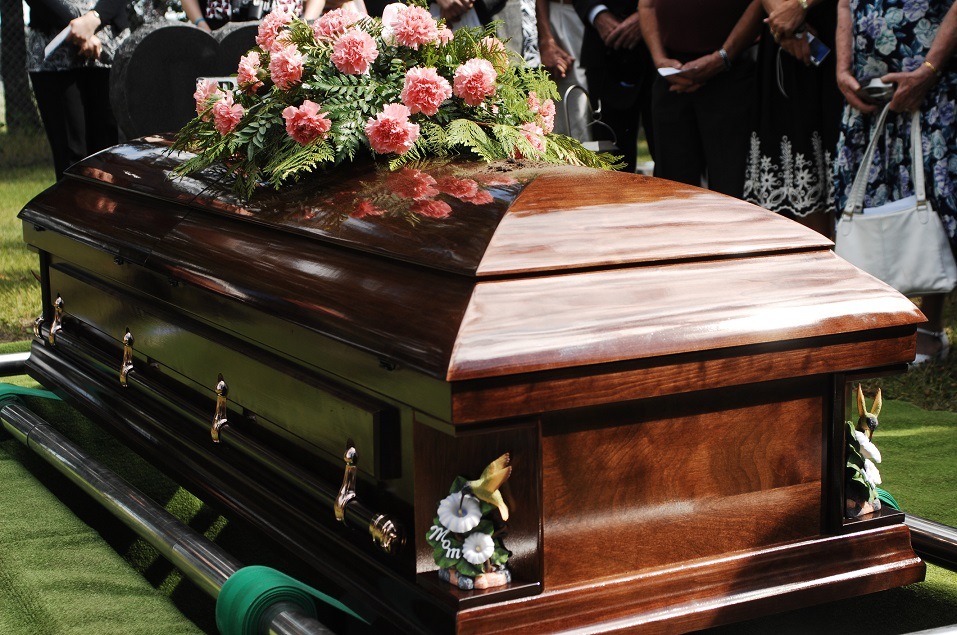 A casket at a funeral | iStock.com/davidford

Even the funeral industry isn’t immune from pressure to cut costs and offshore. In November 2016, 200 workers at the Batesville Casket Company in Batesville, Mississippi, learned they’d be out of work when the company’s factory shut its doors for good. The wooden caskets previously made in the U.S. will now be assembled in Chihuahua, Mexico.

Next: A utility company looks to cut costs.

California utility company Pacific Gas & Electric plans to send 70 IT jobs to India, where the work can be done cheaper than in the U.S., NPR reported in 2017. PG&E also asked soon-to-be-unemployed workers to train their replacements. As often happens at other companies, a few foreign workers with H1-B visas come to the U.S. to learn the ropes, then return to their home country to train the rest of the workers, NPR explained.

Next: Who makes your Oreos?

Your Oreos might be delicious, but they might not be made in the U.S. In 2016, Illinois-based Mondelez International announced it would be moving production of Oreo cookies from a factory in the Chicago area to one in Salinas, Mexico. Half of those employed at the plant — 600 people — would lose their jobs. (Other U.S. factories in New Jersey, Virginia, and Oregon still produce Oreos.) In 2015, the company — which also makes products like Triscuits, Ritz Crackers, and Chips Ahoy! — announced it would be outsourcing many white-collar jobs at its headquarters to contractors overseas, Crain’s Chicago Business reported.

Next: A union fought this company over offshoring.

Sometimes, employees don’t take threats to move their jobs offshore sitting down. In March, the Communication Workers of America and AT&T struck a deal that included a promise to bring back 3,000 call center jobs that had previously been moved abroad, Fortune reported. But that deal only covered workers in certain Southern states, and the two parties are still in tough negotiations elsewhere. In May, some workers went on the three-day strike to protest outsourcing. The union claims the company had moved 12,000 call center jobs to countries including Mexico, the Dominican Republic, and the Philippines since 2011.

Next: Another telecommunications giant faces controversy over overseas labor.

AT&T isn’t the only telecommunications company that’s battled its workers over offshoring. In 2016, 36,000 Verizon workers went on strike for six weeks. One of the sticking points in contract negotiations between the union members and the company was the issue of jobs moving abroad. The Communications Workers of America said the company was hiding the extent of its offshoring and that workers in call centers in the Philippines were making just $1.78 an hour and were sometimes forced to work overtime without extra pay.

Next: This tech company is sending manufacturing jobs to China.

In 2015, Microsoft opened a new factory in Wilsonville, Oregon, where it planned to make its giant, touchscreen Surface Hub computers. The facility was supposed to herald a new era in domestic tech manufacturing. But in July 2017, the company announced it was closing the plant. More than 100 workers and contractors will lose their jobs when production shifts to China.

Next: Trump couldn’t save the jobs at this company’s Indiana factory. 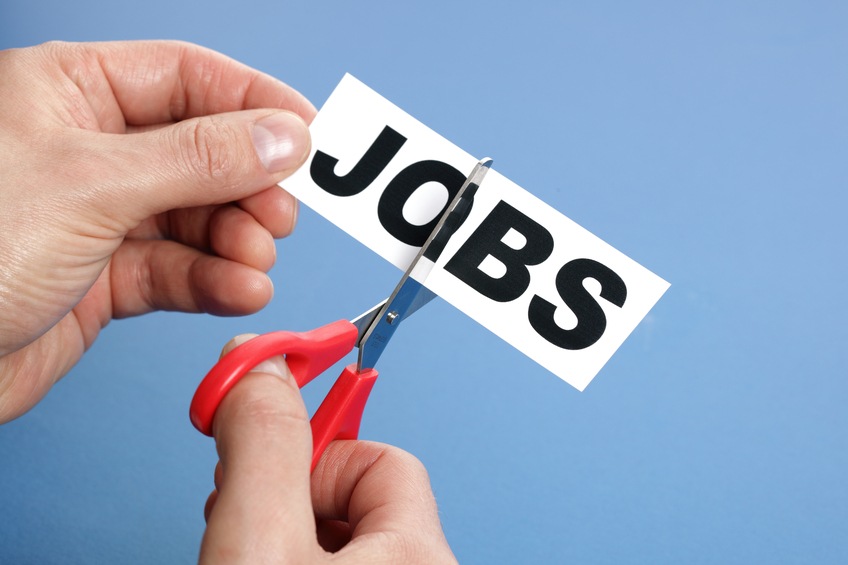 Jobs at a Rexnord factory in Indiana are moving to Mexico. | iStock.com/BrianAJackson

Hundreds of Indiana workers got a last-minute bailout when Trump put pressure on Carrier not to move all production to Mexico. But workers at another Indiana factory weren’t so lucky. In 2016, Wisconsin-based Rexnord said it would close its Indianapolis ball-bearing factory in summer 2017 and move production to Mexico. Three hundred people at the factory, which is about a mile from the Carrier plant, will lose their jobs. In December, the president-elect fired off an angry tweet about the situation, but it wasn’t enough to save the Rexnord jobs.

Next: The home-shopping network that sent jobs to Poland

In 2016, QVC announced it would lay off roughly 100 people at its headquarters in West Chester, Pennsylvania. The company intended to move those jobs — as well as dozens in the U.K., Germany, and Italy — to Poland. The affected workers were in HR, IT, finance, and legal roles, Philly Mag reported.

Next: This Midwestern company moved factory jobs to Mexico.

Illinois Tool Works used to employ 60 people to make filtration products at a factory in Mazon, Illinois. Not anymore. In 2016, the company announced the facility would close. The jobs moved across the border to Ciudad Juarez, according to Bloomberg. Average wages in the U.S. are nearly four times what they are in Mexico, giving companies a big incentive to relocate.