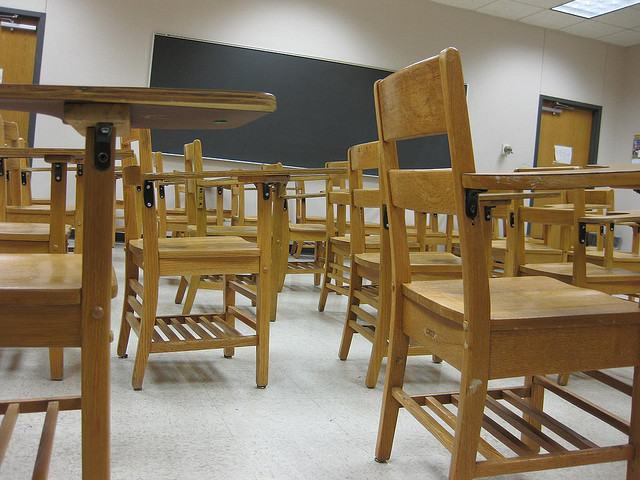 U.S. teens are, academically speaking, preforming below par. The results are in from the Program for International Student Assessment (PISA), and the data suggest a middle-of-the-pack performance internationally, as well as inequality at home.

Given once every three years to 15-year-olds, the test assesses student literacy in math, reading, and science. In the 2012 round of testing, 65 countries participated from nations in Europe, Asia, Africa, North and South America, and Oceania. The Organization for Economic Cooperation and Development (OECD) arranges PISA in the participating countries. The average of all the countries’ scores is referred to as the OECD average.

In math, the U.S. had an average score of 481, lower than the OCED average of 494, and lower than the scores of 29 other education systems. The results in science and reading were both “not measurably different from the OECD average.” For science, U.S. students averaged 497 (OECD: 501) and in reading, the mean result was 498 (OECD: 496). Twenty-two education systems bested U.S. scores in science, while 19 preformed better in reading.

Shanghai-China averaged the best in every category, while Peru consistently had the lowest average scores. Statistically similar for science and reading was the number of U.S. students scoring below proficient levels. However, in math, 26 percent of U.S. 15-year-olds scored below the baseline level, and the OCED average for non-proficient scores was 23 percent.

Education systems in Asia consistently dominated the rankings, a matter that the president of the National Education Association, Dennis Van Roekel, discussed on the organization’s website. ‘‘The one thing they all have in common is that they make a real commitment to education for all kids and nothing deters them from that vision, and then they do what’s necessary to make that happen,” he said. “In the United States, we don’t have the commitment for all kids and it needs to change.’’

Van Roekel explained that economic inequality in the U.S. is a major underlying factor in PISA results. “Socioeconomic factors influence students’ performance in the United States more than they do in all but few of the other PISA countries,” he said. Common Core State Standards are a way to potentially overcome this, Van Roekel added.

“The standards establish the same bar for all students, no matter their parents’ income or geography,” he said. ”If properly implemented and resourced, they will help to ensure that all students graduate high school ready for college, the work force, and citizenship.”

But Common Core has fierce opponents, like the American Principles Project. Emmett McGroarty, a director with the group, recently said to the Associated Press that ”Common Core is reckless in what it’s doing to children.”

The 2012 PISA also included measured general problem solving skills and financial literacy, but this information will not be available until 2014.