Admit it, Pinocchio: You’ve stretched the truth a time or two. You’ve lied on your resume, you’ve even lied in a job interview when it mattered. But the truth is, lying at work is actually pretty common. Even if you haven’t outright fibbed, you’ve surely kept a few potentially damaging secrets close to your chest when it’s clear honestly is not the best policy.

SimplyHired asked over 1,000 American workers what they’re willing to hide from their boss. The results make it pretty clear that establishing trust among workers isn’t always a top priority. Sure, it seems slightly logical to hide an attraction to your boss, criminal histories, and your attempts to steal from the company. But those aren’t the most common lies people tell.

Ranked from “yeah, I’ve done that” to “doesn’t everyone do this?”, here are the top 10 secrets employees hide from their boss.

Nothing to see here … | GIPHY

Office romances are more common than you might think. A survey conducted by Vault.com proves 16% to 42% of workers have dated co-workers ranging from a casual office hookup to meeting their spouse at work. This supports SimplyHired data which uncovered a sizable chunk of respondents who were willing to admit to hiding a work relationship. Even when love is blossoming, more than 17% of people said they’ve kept an office romance under wraps — just in case.

Next: This type of illegal activity is also pretty common at work

Some take it a little further. | GIPHY

Disguising a brutal hangover at work after a long night of partying is common, but some employees have a habit of stretching that lie even further. Nineteen percent of workers admit to using — and hiding — illicit or legal substances at work. In fact, twice as many men (1 in 4) report drug use on the clock compared to women.

Next: Personal problems you don’t want anyone to know

No one wants to be known for their health problems. | GIPHY

The negative stigma surrounding mental health continues to plague workers, both personally and professionally. So the fact that 1 in 4 women and 19.5% of workers overall feel the need to withhold mental health issues is not surprising. Twenty-two percent of workers cover up physical issues as well. Whether it’s for fear of losing their job or being viewed as weak, disguising health problems is one of the most common secrets people keep from their bosses.

Next: A common scenario for many people

7. “I usually go right home after this.”

It’s not easy for those working two jobs. | GIPHY

The Bureau of Labor Statistics says 7.4 million people work multiple jobs in the United States. Nearly 4 million of those people work a full-time job and a secondary part-time job to stay afloat. An employer hoping to hire the most engaged workers may consider this scenario a problem. So it’s no surprise 23% of respondents admitted to keeping dual employment on secret at work.

Next: Lying about what you’re actually doing on the computer

Whether it’s shopping or working another job. | GIPHY

For many, lying at work goes way beyond hidden browsers and discreet online shopping. More than 1 in 4 women and (24.6% of all workers) admit they’ve spent time working another unrelated job when they should have been doing something else. Millennials gladly accept their “side hustler” stereotype, but SimplyHired data suggests it’s actually older workers — or those who’ve been on the job for 10 years or more — that are most likely to do other work on the company clock.

Next: Should you or should you not accept your boss’s Facebook friend request? 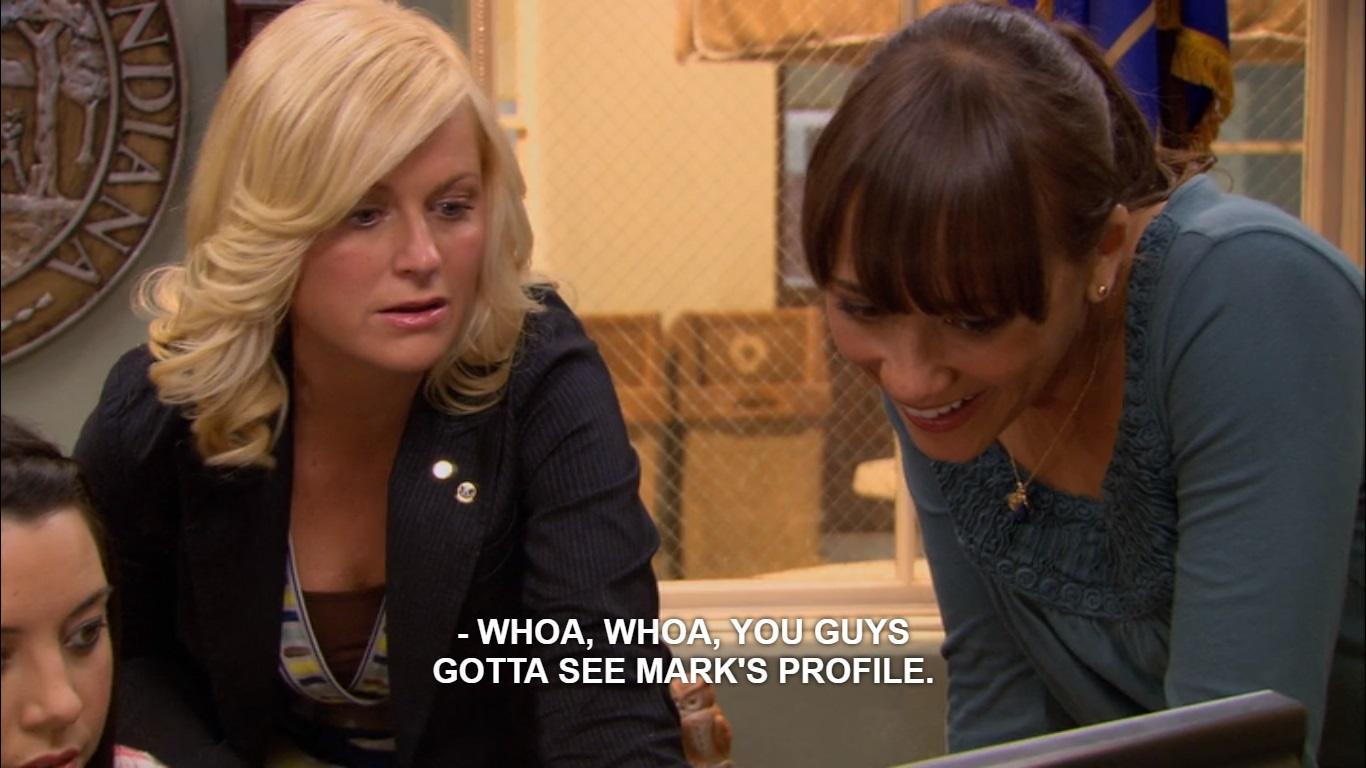 Many professionals are smart enough to know that old spring break videos from college and one wacky Facebook memory from your aunt can plague your professional career for years to come. It’s well-documented that inappropriate social media pages can ruin your chances of hire, which is why we think more than a quarter of respondents say they lie about their social profiles at work. It’s either that or devising a convoluted excuse for why you declined their friend request at lunch.

Next: People would rather lie than debate about this controversial topic

4. “I don’t pay attention to all that political drama.”

A politically divided country means more workers are willing to lie about politics if that means sticking to less controversial topics around the water cooler. There’s really no need to tarnish an otherwise favorable view of your coworkers by divulging your political beliefs or prior voting history with your employer. Roughly 26% of respondents admit they conceal these views at work rather than risk a heated debate among colleagues.

Next: We’ve all thought about doing this

Almost 30% have admitted to falling asleep at work. | GIPHY

Most workers would agree that they’re not always fully present during work hours. But a whopping 29.8% of people blatantly admit to sleeping on the job. Unless you work at one of the few progressive companies where napping is actually encouraged, this could become an issue should upper management catch wind. In that case, you may have to lie to save your job. Or, you could point to data that proves a quick 20 minutes worth of shut-eye is good for productivity and performance.

Next: There’s no shame in your game

If you’ve gone so far as to sleep on the job, you might as well admit to crying at work as well. But if you have let a few tears slip in the breakroom, you’re not alone. More than 30% of respondents confessed to crying at work and hiding it from the powers that be. Data shows women were 39% more likely to conceal crying at work compared to men.

Next: The go-to lie for many workers

1. “I’ll be late tomorrow. I have a doctor’s appointment.”

Claiming a doctors appointment is the go-to. | GIPHY

Stuck in traffic? Doctor’s appointment. Craving an early release on a Friday? Doctors appointment. Secret interview? You guessed it. Almost everyone can recall a time when they’ve kept personal medical appointments hush-hush or used a doctor’s appointment to justify a work-related miss. This is the most common secret people keep from their employer. Roughly 34% of SimplyHired respondents admitted to using this excuse at work and even fewer felt corresponding guilt associated with their lie.