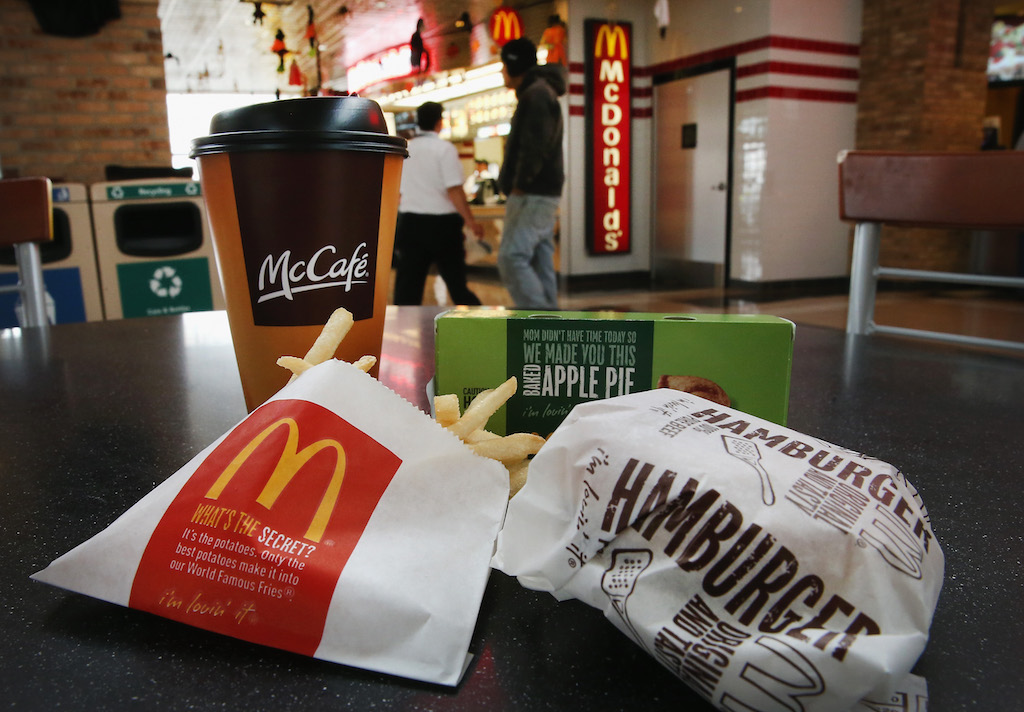 Food from McDonald’s is a modern luxury if there ever were one. | Scott Olson/Getty Images

If you were stuck on a desert island and could only bring a few modern luxuries with you, what would you take? It’s a fun mind game — but far less fun if you were seriously facing an extended period of time in isolation. And it’s not just the isolation. It’s the fact that we’d have almost no modern technology or comforts to help us get through it. We take a lot of our luxuries for granted, but they’re staples of modern life.

Even so, if you had to choose which you loved the most, what would they be? Thanks to a survey from ThermoSoft, we know what the average American would choose.

“We surveyed 1,000 people and asked them about common American ‘luxuries’ — smartphones, dishwashers, personal trainers, etc. — then we rated their answers based on commitment level and cost,” according to ThermoSoft. Though there was a slew of goods and services ranked, we pulled the top 15. First up? Cable TV.

Though many people are cutting their cable subscriptions these days, it’s hard to imagine the world without Comcast, isn’t it? Though the modern premium cable package is filled with fluff from end to end, most people still like being able to find a sporting event or reality show to watch at any time of the day. And who would want to miss another showing of The Shawshank Redemption?

Next: The average American spends more than $3,000 a year on this. 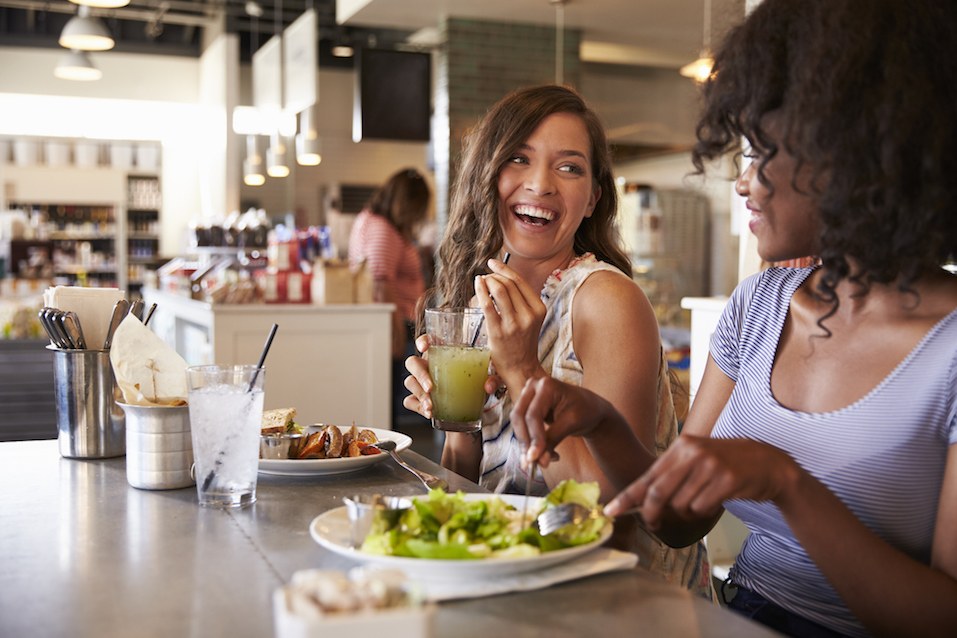 We all have to eat, and we all love getting out of the office come lunch time. Naturally, the two mesh, and we end up going out to lunch. You can, of course, save money by brown-bagging it. But a peanut butter and jelly sandwich, day after day, is enough to drive anyone crazy. As such, we go out to lunch probably a little too often. And evidently, Americans don’t want to give that up.

Next: You can pry our Netflix passwords from our cold, dead hands.

People don’t want to give up their streaming services. | Pascal Le Segretain/Getty Images

We mentioned that people were cutting their cable subscriptions. A big part of that has been the rise of on-demand streaming services, such as Netflix, Hulu, Amazon Prime, etc. They all have their pros and cons, but it’s hard to deny that people love them dearly. There’s a good reason for that: no commercials; premium content; variety; and the ability to watch what you want, when you want, and on where you want.

Next: Some places where people like to watch Netflix? Planes, trains, and automobiles. 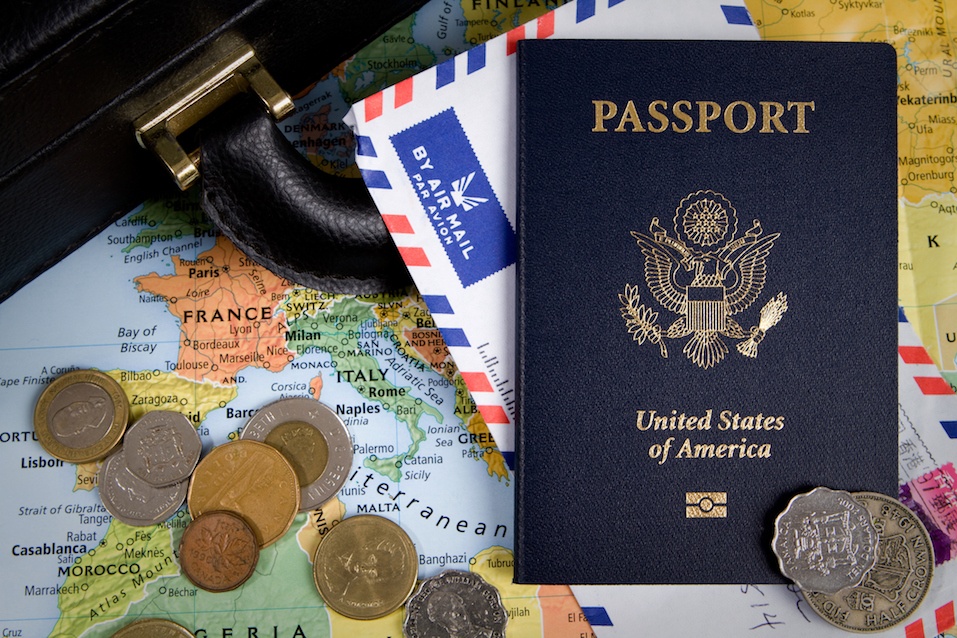 Respondents said they wouldn’t give up travel. | iStock.com/sframephoto

The ability to jet around the world is a remarkable feat. Though most of us grew up with the ability to hop on a plane and be pretty much anywhere in the world within a day, a century ago that wasn’t the case. Even a cross-country trip in the not too distant past could take weeks or months. And if you wanted to go overseas? You might be counting the years until you return. It’s no wonder we Americans cherish modern international travel so much.

Next: Of course, when you’re traveling you’re going to want to eat — a lot. 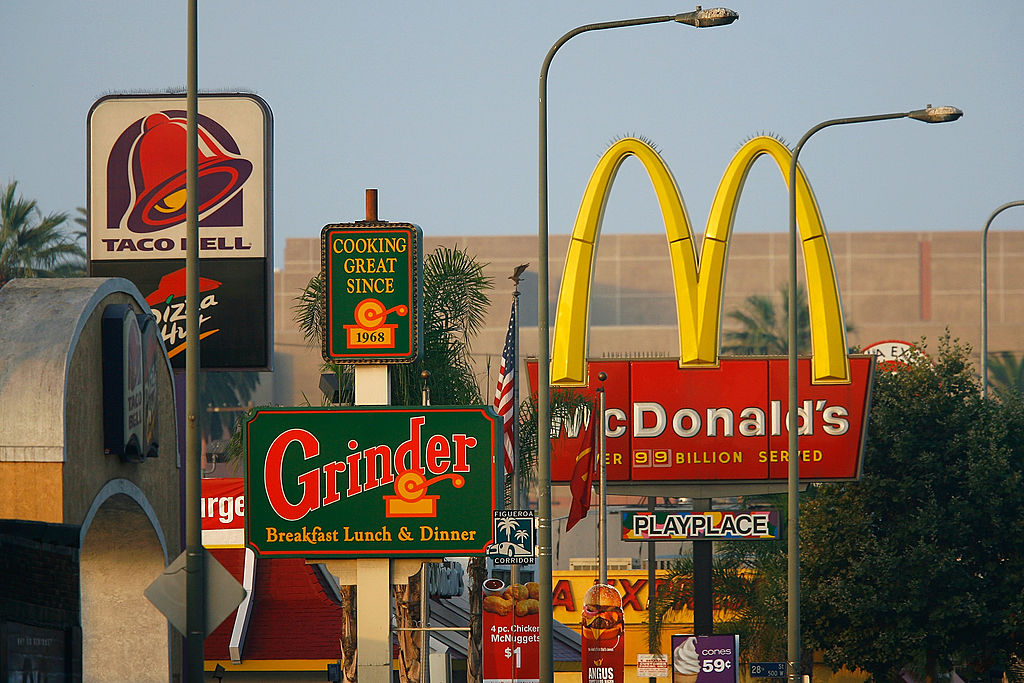 Americans refuse to give up fast food. | David McNew/Getty Images

We’ve already discussed going out to lunch and how much Americans cherish the ritual. Well, we’re going to expand upon it, as the ThermoSoft graphic shows that eating out in general is as beloved as our ability to travel internationally. This is all-encompassing, too, including not just those late-night trips to Taco Bell or Jack in the Box, but also fancy dinners to celebrate birthdays and everything in between.

Next: If you aren’t going to eat out, there’s one appliance you probably rely upon more than any other. 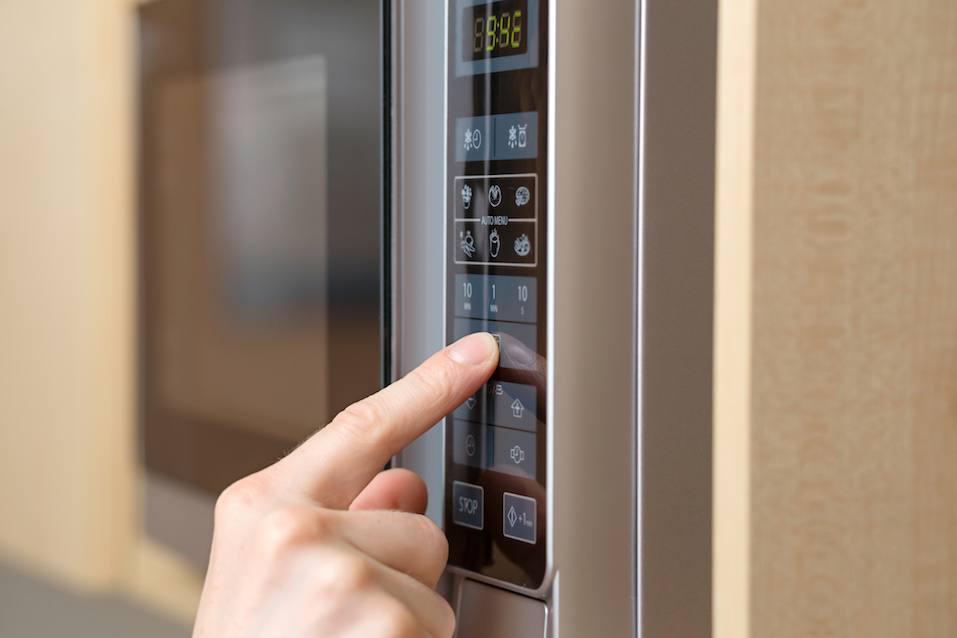 Can you imagine life without a microwave? | iStock.com/Rostislav_Sedlacek

Of all the modern luxuries we enjoy, a microwave might be the most important. And yet, we never really give the microwave much thought. It seemingly cooks and heats up food through magic, and our ancestors would have killed to have one in their kitchens, huts, or caves. Perhaps that’s why it’s so hard to imagine life without the magic food heater box.

Next: Aside from a microwave, is there something else in your house that you simply can’t live without? 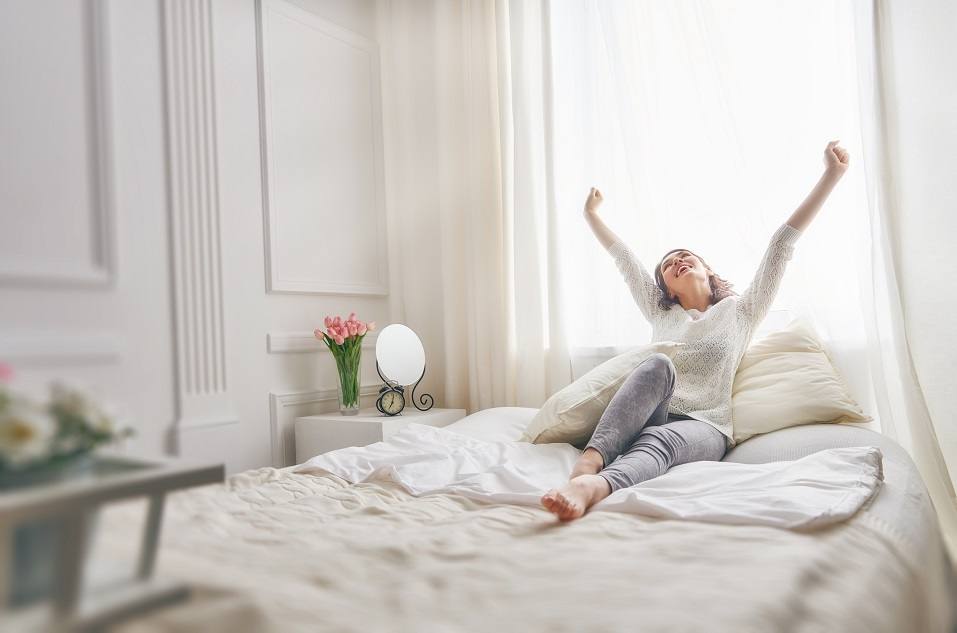 Like microwaves, you probably don’t pay an awful lot of attention to your mattress. Of course, you think about it when it’s bad or if you need a new one. But other than that it’s a place for sleeping or piling laundry. But one modern luxury modern Americans apparently love is big mattresses — you know, the big ones many of us only ever sleep on when we stay in hotels.

Next: Sticking with household goods and appliances, we’re headed back to the kitchen for No. 8. 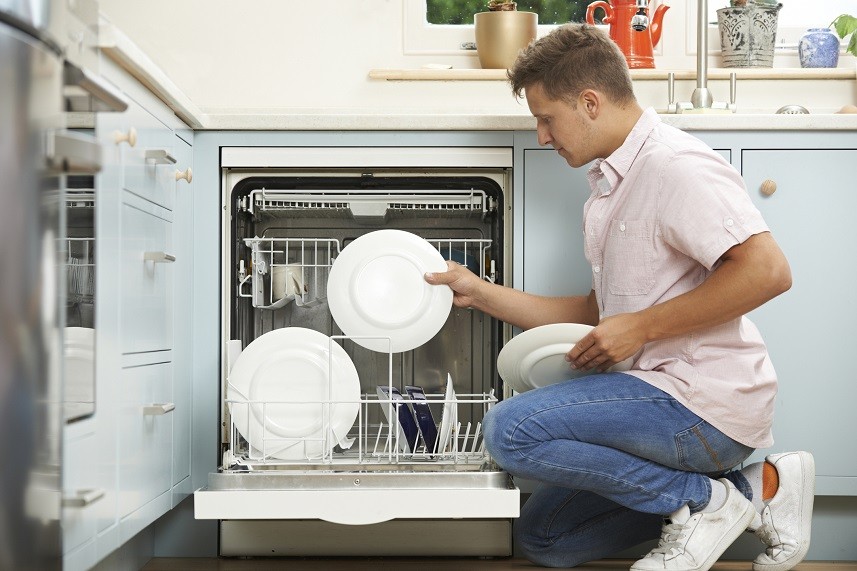 A dishwasher is a modern godsend. | iStock.com/Highwaystarz-Photography

Next: Americans can’t live without their makeup. 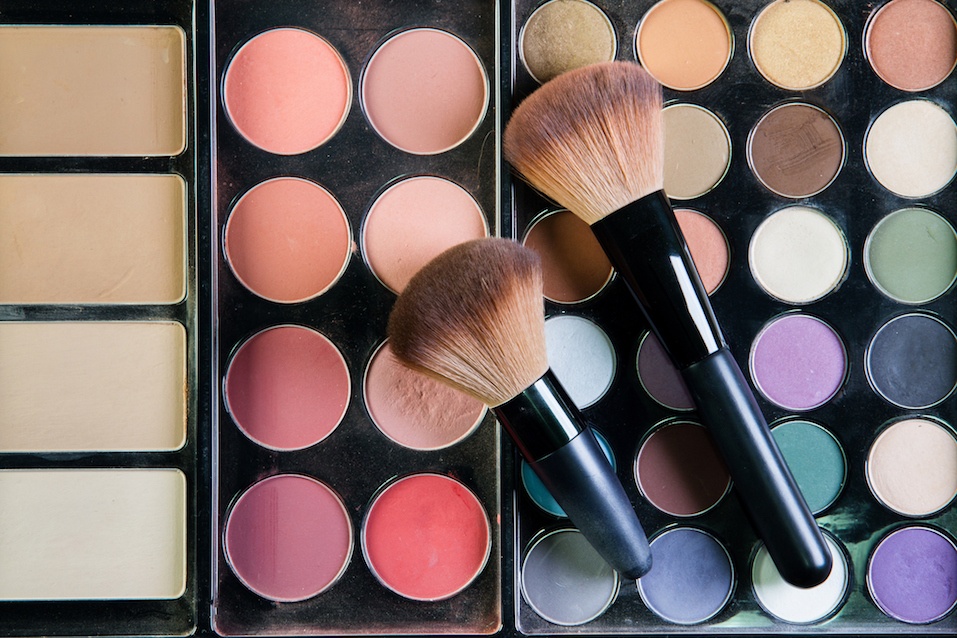 Many people can’t live without their beauty products. | iStock.com/Bubbers13

Many men might remain blissfully unaware of how much makeup and beauty products cost, but they’re insanely popular. In fact, the average woman will spend hundreds of thousands of dollars over the course of their life on beauty products. Men, of course, do some spending of their own. And if this isn’t proof enough, we know Americans are willing to rank beauty products among the luxuries they can’t live without.

Next: We return to a topic we’ve already touched on. 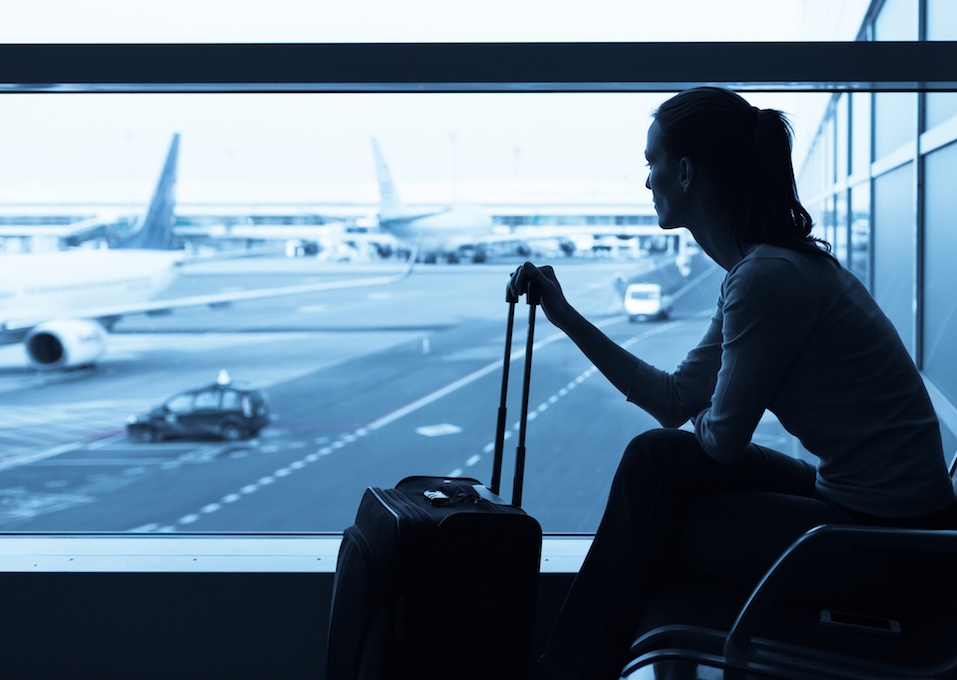 Next: We discussed king mattresses. And we’re not finished with beds yet. 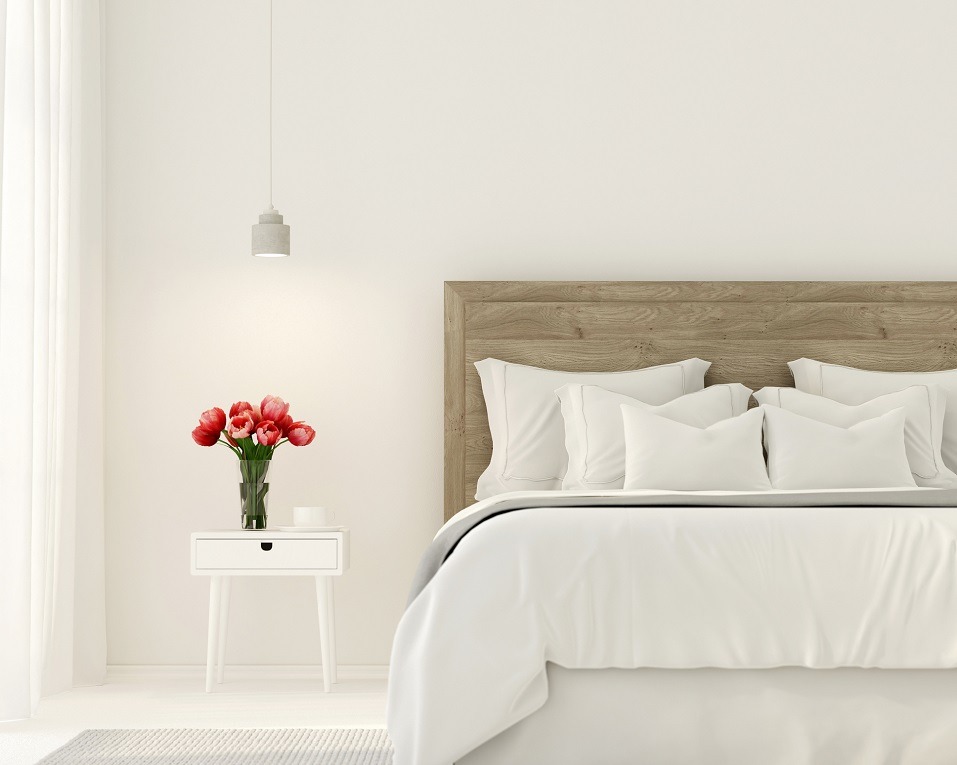 The ThermoSoft survey identifies this as “nice” mattresses, so we’re going to take some leeway with what that actually means. You’ve probably seen commercials for the pillow-top mattress, adjustable mattresses, or even those beds that automatically adjust and contour. This is what we’re talking about. These can be expensive, so it’s hard to say how ubiquitous they actually are. But the people who own them apparently love them.

Next: A mattress needs sheets. And sheets need to be washed and dried. 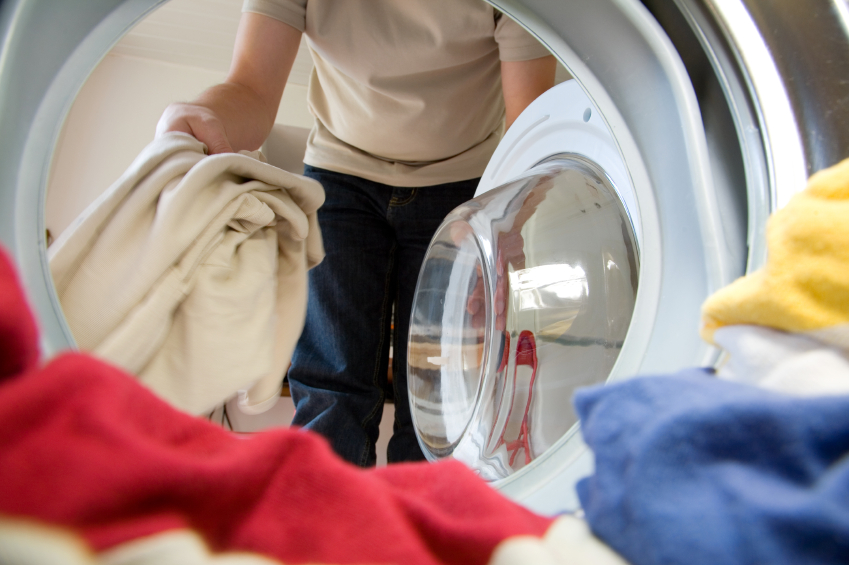 A man pulls clothes out of the dryer. | iStock.com

Interestingly enough, a washing machine didn’t manage to make ThermoSoft’s survey. But a dryer did. Perhaps it’s because you can wash your clothes in a sink or at a laundromat, but people really hate waiting around for things to dry. Air-drying clothes can take days in some circumstances, so it makes sense that people would like the ability to do it in minutes or hours.

Next: Our furry friends 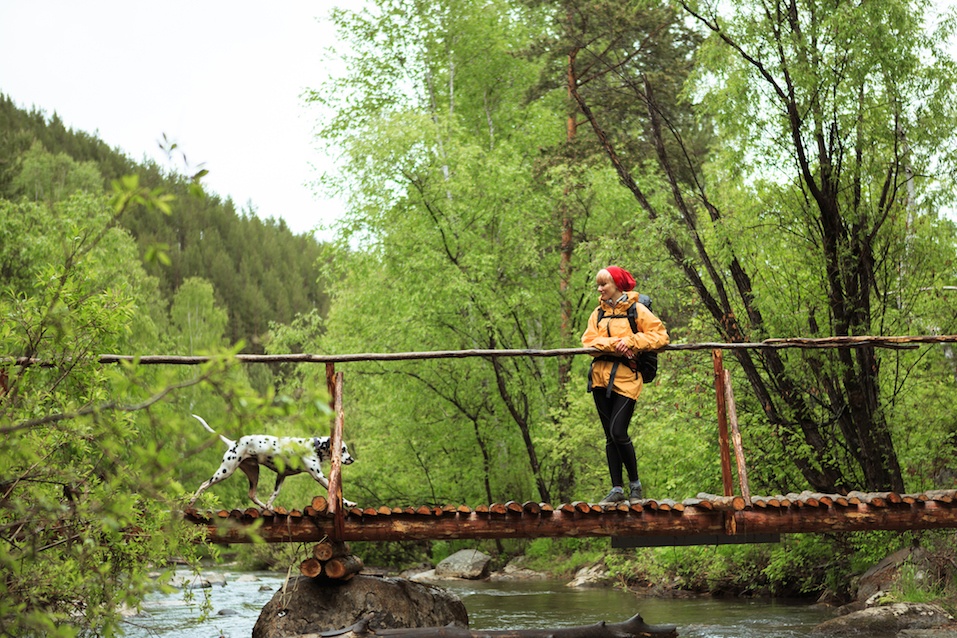 A woman walks her dog. | iStock.com/Xfas

If you have a pet, it’s hard to imagine life without it. Be it a dog, cat, lizard, or ferret, we Americans love our pets. They become a part of the family, and we spend a lot of money taking care of them. But they are, in many respects, modern luxuries. Households in the past would have scoffed at the idea that we’d spend money feeding random animals wandering around our houses, but these days it’s fairly normal.

Next: No. 2 on the list? Something you’re probably using this very moment. 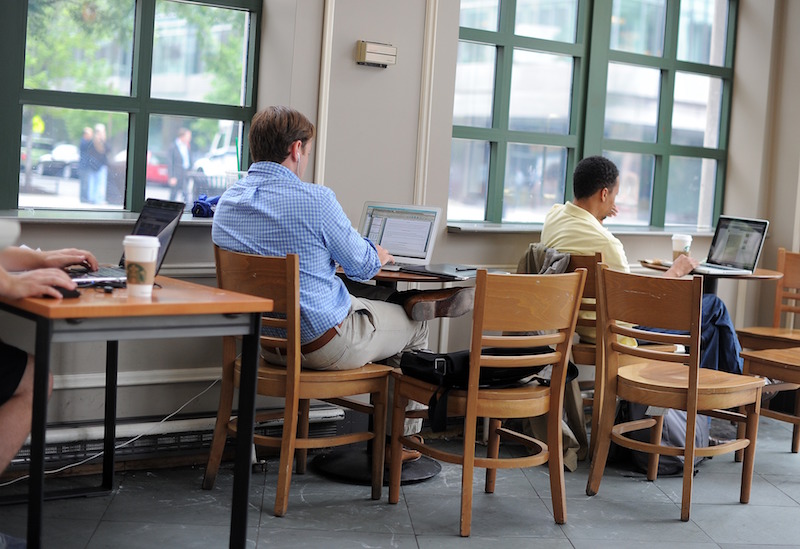 Though wireless internet connections are fairly ubiquitous these days, that wasn’t always the case. Even 10 or 15 years ago, they were somewhat hard to come by. But with how dependent we are on the internet and the rise of the smartphone, tablet, and laptop, they’re as necessary as any modern luxury.

Next: Speaking of smartphones, you’ll want to hang on for No. 1. 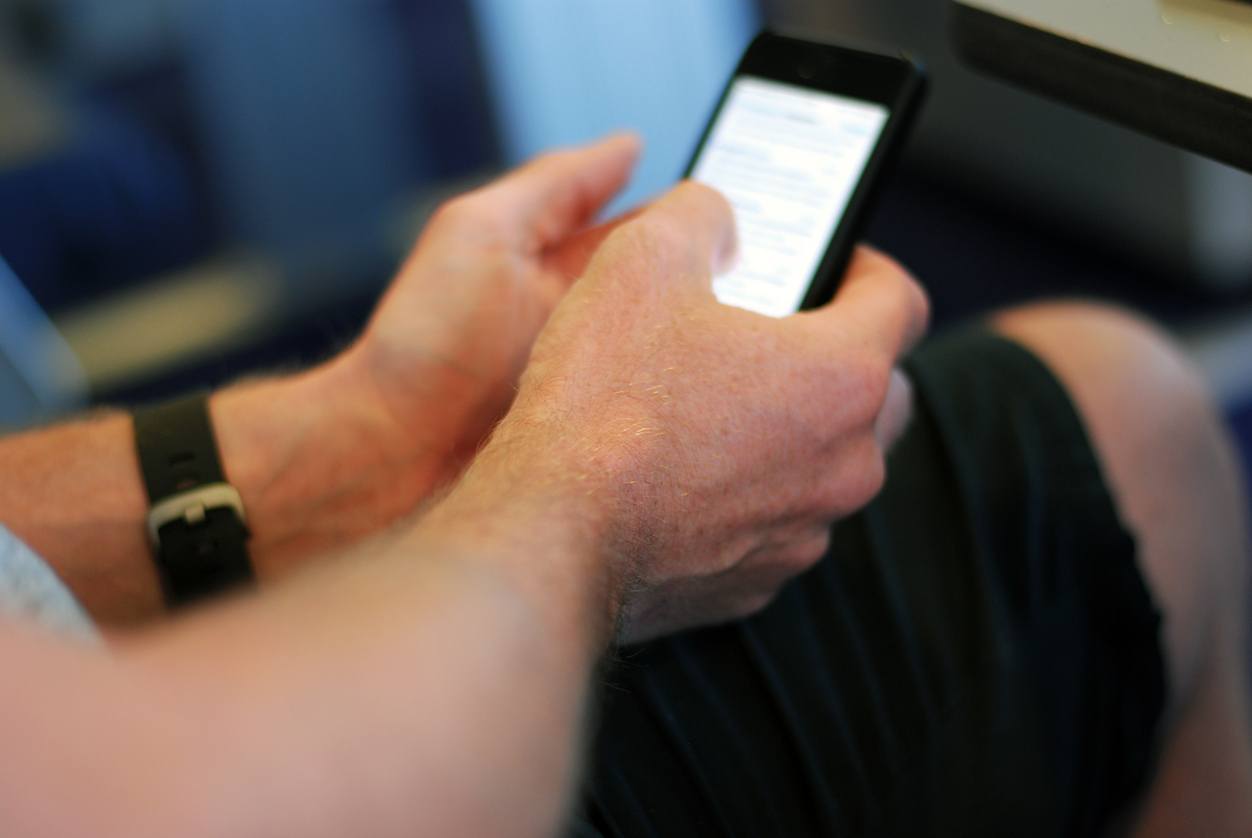 You might have been able to guess that of all luxuries Americans say they cherish their smartphones the most. It makes sense. A smartphone can do almost anything — it’s a computer, a search engine, a television, a radio, and so much more. Smartphones are still relatively new to the scene, too. The first was released around a decade ago, and very quickly they’ve become indispensable.

See the full chart from ThermoSoft.