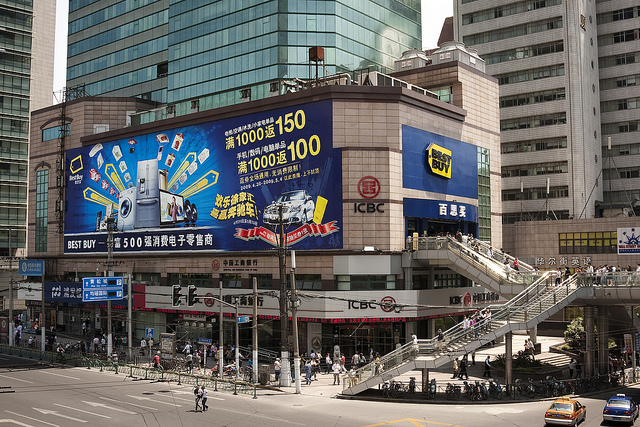 Best Buy now expects Q4 operating margin to decline 175 to 185 basis points year over year versus 40 to 70 basis points prior. The degradation in margin was due to incremental discounting to defend market share. We expect price competition to continue and expect lower operating margins for three quarters.

Management pointed out the “bright spot” that Internet sales were up roughly $200 million, while overall domestic sales declined by roughly $150 million. This implies that overall store-level sales declined by $350 million during the holiday period, triggering massive de-leverage. This is not a bright spot, in our view.

We are reiterating our UNDERPERFORM rating and 12-month price target of $18. Our target is based on an EV of 10x sustainable free cash flow, reflecting expected negative comps in 2014, further margin erosion, low visibility, lack of guidance, and doubts about the sustainability of Best Buy’s turnaround plan. We expect comps declines to continue, and we expect price matching to continue to pressure margins.