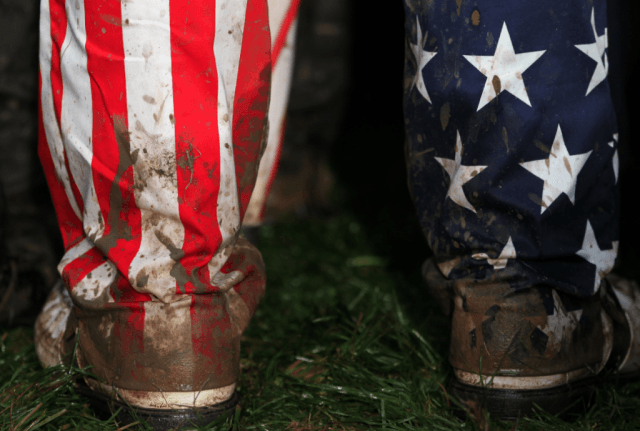 Scary warnings about the future of the American economy are becoming rather commonplace. Everyone from Nobel Prize-winning economists to business leaders and politicians are throwing in their two cents, and they all have pretty much the same thing to say: that the economy is bound for some unprecedented friction, due to income inequality, the expansion of technology, and automation of jobs.

The question is how to fix it. So far, there’s been a lot of lip service but not much in terms of actual progress made in addressing the predicted scenarios. And now, a prominent business leader has come into the conversation, having formulated a rather startling and worrisome hypothesis that a huge chunk of American businesses, 40%, to be exact, will go under within the next decade.

“Forty percent of businesses in this room, unfortunately, will not exist in a meaningful way in 10 years,” said outgoing Cisco CEO John Chambers, at the company’s consumer conference, as Business Insider reported. “It will become a digital world that will change our life, our health, our education, our business models at the pace of a technology company change.”

Chambers’ warnings come as he described to the audience how he believes that America’s businesses will, for the most part, be unsuccessful in trying to go digital. Basically, Chambers is one of many CEOs that sees the writing on the wall — with the advent of the Internet and the explosive growth of technology, the old ways of doing business, no matter what industry, are being targeted for extinction. For example, look at what Uber has done to transportation, or what the new slate of mobile payment apps are doing to banking. Industries that seemed impermeable ten years ago are in the crosshairs for a new generation of entrepreneurs, and nobody is totally safe.

What we’re really talking about here is that the economy has undergone some dramatic shifts. For a long time, there were several big corporations that effectively ruled the roost in American business, and those are being supplanted or overtaken by new ones. A few decades ago, General Electric, GM, and a small host of other companies were the defacto leaders of the economy. Today, companies like Facebook, Google, and Apple are all taking over, and using their huge stores of capital to disrupt other industries, like the automotive sector.

These big companies are warning everyone about the coming onslaught of creative destruction, which will have entrepreneurs finding ways to exploit weaknesses in any conceivable business structure that they can. Even big companies like Apple, as a recent Slate article pointed out, are merely rehashing ideas from other companies and putting their logo on it.

Since they have the resources to do that, and to successfully snuff out those other companies, a lot of small and mid-size businesses are destined to go down. Either they go down, or they get swallowed up, which is something we’re seeing in the technology sector. Companies like Google and Facebook have been gobbling up smaller companies before they can get a real foothold in the market at an extremely fast rate. That strategy serves a couple of functions — it smothers would-be competition before it has the chance to become a threat, and it folds new talent, ideas, and products into the existing amalgam.

This is exactly why Facebook went out and purchased WhatsApp, and Instagram. They expand their own capabilities, while taking out potential competition at the same time.

This is what’s at the heart of the warnings being passed down by people like Cisco’s outgoing CEO. We may not actually see business die, and jobs disappear (although that will occur to some extent, in all likelihood). We will, however, probably see a lot of business sectors become more concentrated. Just take a look at the telecom industry — there’s a new merger announced among cable, Internet, and telephone service providers seemingly every day.

Of course, whether Chambers’ predictions come to fruition is anyone’s guess. New startups and business models are being thought up every day, and any number of them can turn the business world on its head. That doesn’t mean we shouldn’t be concerned, to be sure. But things rarely play out according to plan.