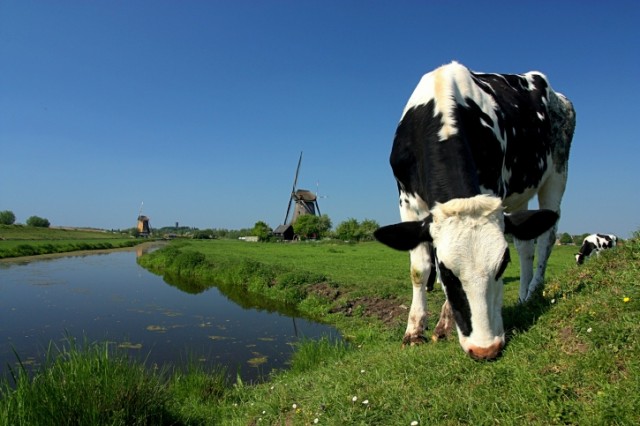 Utopian communities in America go back to the 19th century, though most people first think of the communes that arose out of 1960s counter-culture. A handful of those founded during the hippie movement are still fully functioning communities. But even communes and cooperatives, which commonly reject aspects of mainstream capitalism, must face the realities of a struggling economy.

In a 2006 article in The New York Times, Andrew Jacobs explained how American communes have evolved:

“After decades of contraction, the American commune movement has been expanding since the mid-1990’s, spurred by the growth of settlements that seek to marry the utopian-minded commune of the 1960’s with the American predilection for privacy and capital appreciation.”

With the growing popularity of eco-villages, housing cooperatives, communal homesteads, and other alternative communities, it seems a new breed of commune has arrived, one focused more on the practicality of sharing resources than ideology alone. Today’s advocates say the high price of housing, food, and energy sources make suburban life increasingly unsustainable, both for people and the planet.

The Fellowship for Intentional Communities, which provides a global community directory, lists more than 1,700 intentional communities in the U.S., and estimates claim as many as 3,000 or even 4,000 total. There are plenty of reasons people choose to live in a more cooperative way, including a sense of community, freedom from consumer culture, and increasingly, concern for the environment.

Richard Perez of Home Power magazine estimated in 2006 that 180,000 families lived off the power grid, relying entirely on solar and wind energy. Perez says the figure jumped 33% every year for a decade.

Today, many people look to alternative living situations simply to save money. Co-housing is the fastest growing aspect of the intentional living movement, according to Jacobs. Pooling resources has the added appeal of saving both money and the environment.

Communal living is even coming to big cities, with companies like Campus setting up co-living arrangements, akin to adult dormitories, with the added relief of month-to-month leases. While it’s not exactly cheap to live this way in a large city like New York, even young professionals coming to a bustling metropolis are seeking the support of tight-knit communities.

The handful of 1960s communes that have endured have, in some respects, shifted with the times. Jacobs says they have survived in large part because they have scaled back on dogmatism in favor of pragmatism. A Virginia commune called Twin Oaks, founded in 1967 and modeled after B.F. Skinner’s Walden Two, is still alive and well today, despite hardships faced during the economic downturn.

Though Twin Oaks no longer calls itself a behaviorist community, it has retained many of the same principles and self-governing practices. Members are expected to work 42 hours per week and receive a small stipend, though the necessities are covered. According to an article in Al Jazeera America, Twin Oaks spends about $5,000 per year on each member.

Another long-standing American commune called The Farm has monthly costs of only $100 per adult to cover communal expenses. The Farm’s Douglas Stevenson said, “It’s a hybrid system compared to the old days. We’ve gone from being a commune to a collective.”

Through the sale of consumer goods like tofu, Twin Oaks has a certain amount of reliance on the financial mainstream, making it vulnerable to changes in the market. The company made and sold hand-woven hammocks to Pier 1 for years, until the deal collapsed in 2004. Twin Oaks was then left scrambling to find a way to cut $50,000 from the annual budget.

Rising levels of student debt are threatening other intentional communities, according to Al Jazeera. Although it’s the middle class, not the poor, who frequently seek communal living, financial burdens can be a problem. This could be why low-cost housing cooperatives, in which members still have income-earning day jobs, are among the fastest-growing intentional communities in the U.S.

Intentional communities come and go, as do the people who decide to live a simple lifestyle, and this only seems natural. Some experimental communes of the 1960s were deliberately disorganized, rejecting the idea of rules altogether. These “anarchistic” communes were often short-lived, while some of the more “intentional” groups that came together with a common philosophy have endured. Today’s communities and collectives, with their growing emphasis on sharing and environmental impact, will do their own experimenting.

Financial sustainability is one of the biggest challenges for any community operating outside mainstream America. But well-run intentional communities are finding ways to succeed, and for modern-day consumers, the appeal is only growing.