Are Bonds a Good Investment in This Market? 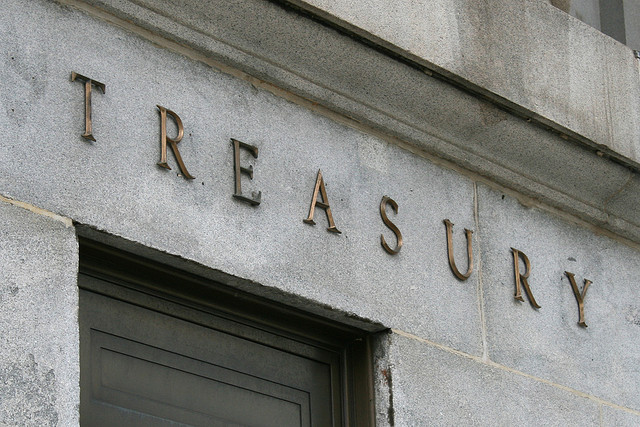 In his most recent letter to investors, Gross was optimistic about treasuries, writing: ”The U.S. economy is not sinking, nor are the majority of global economies. Their markets just had too much risk. In effect, the ship was top-heavy with too little ballast. Guess I should have known, huh?”

Pimco’s fund has been subject to volatility in bond markets recently and pummeled in value while interest rates have ticked up. Gross, though, thinks the bond markets overshot on speculation of quantitative easing. With treasury rates reaching a nearly two-year high of 2.65 percent, he thinks they will settle to the 2.2 percent area, something that would recoup a lot of value for his fund.

When the Fed threatens to cut off quantitative easing, the markets come running to treasuries and bonds to hedge themselves from their own leverage — but, really, they’ve run for cover too soon, he said. With first-quarter GDP growth being revised lower and other economic barriers still looming, Federal Reserve Chairman Ben Bernanke might be forced to keep easing a bit longer.

Gross highlighted rising interest rates as further incentive for the Fed to remain active in the economy. Inflation is around 1 percent and unemployment remains 1 percent above the target, he points out, and both metrics could encourage the Fed to keep purchasing assets.

The Pimco chief not alone in his assessment. Noted bond investors Jeffrey Gundlach and Dan Fuss both told CNN Money they don’t think rising interest rates are something to panic about. The pair noted the entire economy has been built on low interest rates, and suggest the Fed recognizes this as well.

While Fuss feels interest rates will not rise sharply, he does believe they will continue to trend upwards, though on a “well-controlled basis.” For this reason, he is avoiding investing further into bonds, while Gundlach thinks that bonds offer reasonable value compared to other assets.

Don’t Miss: Are College Graduates Getting Schooled With Debt and Lackluster Jobs?