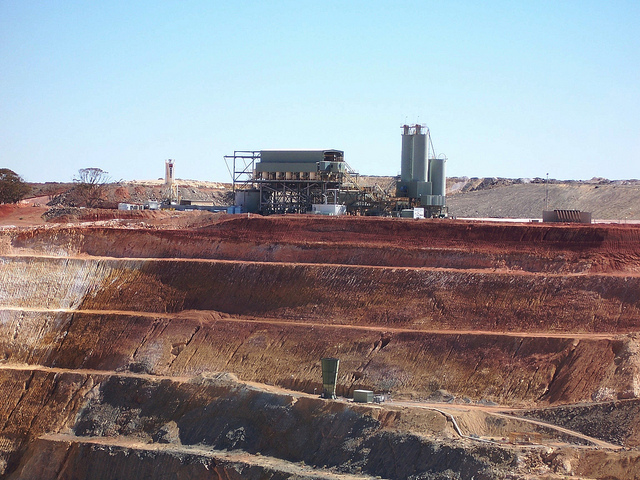 Gold is on pace for its first annual loss in more than a decade, but several well-known hedge fund managers are still holding positions in the precious metal. In fact, gold miners were a popular addition to many portfolios during the third quarter.

Many institutional investment managers recently filed their mandatory 13-F with the U.S. Securities and Exchange Commission. The filing is a quarterly report of equity holdings required by managers that oversee more than $100 million in qualifying assets, and it must be filed within 45 days of the end of each quarter. The 13-F provides a peek at what hedge funds did in the previous quarter, but investors should keep in mind that hedging and trading strategies of each fund are still unknown.

Let’s take a look at how popular hedge funds invested in gold names in the third quarter of 2013.

Billionaire fund manager John Paulson is known for betting against subprime mortgages during the housing bubble, but he is also a vocal advocate for gold. Last year, he said in a letter to investors, “By the time inflation becomes evident, gold will probably have moved, which implies that now is the time to build a position in gold.” He reaffirmed his belief that gold is a good hedge against inflation over the summer and added exposure to at least one gold miner by the end of the third quarter.

As of September 30, his firm, Paulson & Co., held 10.2 million shares of the SPDR Gold Trust (NYSEARCA:GLD) — the most popular exchange-traded gold product in the market. That is down 53 percent from the 21.8 million shares held at the end of the first quarter but unchanged from the second quarter.

Paulson increased his stake in AngloGold Ashanti (NYSE:AU) from 27.9 million shares in the second quarter to 31.4 million shares in the third quarter. His total position in the company was worth about $417.3 million at the end of September. Paulson did not change his stakes in Agnico Eagle Mines (NYSE:AEM), Gold Fields (NYSE:GFI), IAMGOLD (NYSE:IAG), and Freeport-McMoRan Copper & Gold (NYSE:FCX).

George Soros, the billionaire hedge fund manager known for breaking the Bank of England, once claimed that the “ultimate asset bubble is gold.” His management team kept exposure to gold and the miners long after the statement and even decided to do some buying in the third quarter.

Soros Management added a new stake in the Market Vectors Gold Miners ETF (NYSEARCA:GDX) of 1.1 million shares, worth about $27.6 million. Meanwhile, the firm held its position in the Market Vectors Jr. Gold Miners ETF (NYSEARCA:GDXJ) unchanged, at 300,000 shares. Soros also held call options in Barrick Gold (NYSE:ABX) worth about $35.6 million at the end of September.

Greenlight Capital’s David Einhorn once wrote a colorful piece criticizing the Federal Reserve’s monetary policy, relating the central bank to force-feeding someone too many jelly donuts in hopes of a sugar rush. With the Fed maintaining record low interest rates, Einhorn said, “As a result, I will keep a substantial long exposure to gold, which serves as a jelly donut antidote for my portfolio.”

While it is unknown how large of a physical bullion position Einhorn holds, he continued to keep a large position in the Market Vectors Gold Miners ETF. At the end of September, Greenlight Capital held nearly 8.8 million shares of the ETF, worth $220.1 million.

Third Point, the hedge fund founded by Daniel S. Loeb, sold its entire stake in the SPDR Gold Trust at the end of the second quarter. However, during the third quarter, the firm increased its stake in what could be considered a hard asset or wealth-effect play.

Despite closing out several precious metal positions in the second quarter, Leon Cooperman’s Omega Advisors took a new stake in Freeport-McMoRan Copper & Gold. At the end of the third quarter, the firm held 2.9 million shares, worth $94.4 million. Freeport is a leading international natural resources company and operates the largest copper and gold mine in the world in terms of recoverable reserves.

Don’t Miss: Will Americans Feast on Inflation This Thanksgiving?