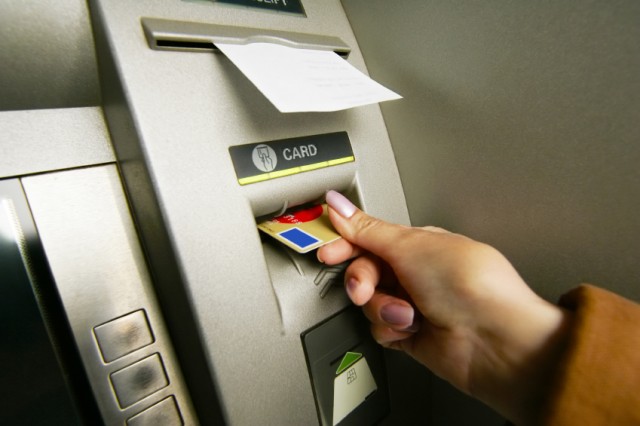 Philip K. Dick once said: “The trouble with being educated is that it takes a long time; it uses up the better part of your life and when you are finished what you know is that you would have benefited more by going into banking.” Those words certainly ring true today as the nation’s financial system siphons a record amount of fees from customers.

Being nickeled and dimed on your checking account adds up to more than just petty change. During the first six months of 2014, the average monthly maintenance fee increased 15 cents to $12.69, costing customers more than $150 a year to keep a checking account, according to a new survey by MoneyRates.com.  In fact, the average minimum balance required to qualify for a waiver of the monthly maintenance fee jumped $724.69 to $5,440 — a staggering amount for the millions of Americans living paycheck to paycheck.

Free checking accounts are still available among some financial institutions, but they are becoming scarce. The percentage of checking accounts with no monthly maintenance fees fell to 28 percent this year, down from 29.5 percent last year and the lowest percentage measured by the survey since it began in 2009. Adding insult to injury, the only category of fees to decline in the survey was the surcharge banks impose on non-customers for using their ATMs.

“Since the financial crisis, banks have been grappling with a combination of higher regulatory costs and lower returns, and many banks have responded by increasing fees and minimums,” said Richard Barrington, a spokesman for MoneyRates. “However, it’s a notably different world if you look at the distinction between online-based checking accounts and those serviced by a traditional branch network.”

Consumers looking to avoid bank fees should consider nontraditional institutions such as online accounts or credit unions. The average monthly fee for an online only account is $8.61, while many online banks don’t even charge fees. The survey found that 58 percent of online checking accounts have zero monthly maintenance fees. Overdraft fees are also cheaper, and online checking accounts only require an average of $98.40 to open an account, compared to $428.08 for traditional accounts.