Are Panera Bread Shares Getting Stale? 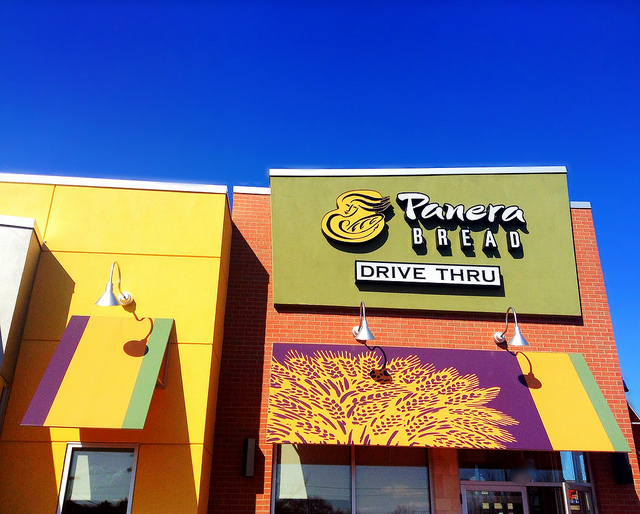 Shares of Panera Bread (NASDAQ:PNRA) have fallen by 13 percent so far in 2014. This weakness is largely the result of the company’s weak first-quarter earnings. The company reported declining sales growth and margin contraction that resulted in a decline in profits. Nevertheless, analysts are still relatively optimistic. While they have a “hold” rating on the shares the average price target is about $175/share, which is more than 10 percent higher than the current $154/share market price.

Panera is suffering from a variety of problems. I have already mentioned the declining sales growth and the margin compression, yet these issues deserve greater attention. Regarding declining sales growth, the company is not opening as many stores as it has in the past, and it is also not growing its same store sales as rapidly as it did in previous years. The company has two selling points: healthy, high quality food, and coffee. With respect to the first point, the company is losing out to companies such as Chipotle (NYSE:CMG), which offers a more compelling product and better value. Customers don’t like the fact that the company’s portions are relatively small, which has hardly been an issue with Chipotle customers.

With respect to the second point, the company is losing out to companies such as Starbucks (NASDAQ:SBUX), which has the high-end coffee market cornered, and Dunkin’ Brands (NASDAQ:DNKN), which has the low-end coffee market cornered. Panera isn’t offering anything compelling to compete on either front, and this is showing up in the company’s sales.

With this being said, one can already make the case that Panera shares should be avoided until the company is able to rejuvenate excitement about its products: if Starbucks and Chipotle can do it, then Panera should be able to do so as well.

But the problems get worse for Panera. The company is also suffering from the tepid consumer spending environment and rising commodity prices. We saw in April that consumer spending declined by 0.1 percent, and this is going to exacerbate the company’s unique competitive problems. We have also seen the prices of many agricultural commodity prices rise in the early part of 2014, and as a result, Panera’s margins have taken a hit. It is largely for this reason that the company was able to grow its sales while its profits declined. This is not a good state of affairs for a company whose shares trade at 23 times earnings.

Instead of addressing these problems head on by investing in the Panera brand, the company has instead chosen to use its free cash-flow to repurchase shares. While this strategy worked temporarily, it can hardly be justified as a prudent usage of shareholder capital. Not only is the stock lower than the average repurchase price, but as we have seen this capital is needed elsewhere.

Given all of these points, it is no wonder that the stock is breaking down. While there is some support at $150/share, I doubt that it will hold. Not only does the company have the problems mentioned above, but the market has not been kind this year to high multiple growth stocks. When the companies underpinning these growth stocks stop growing we have a recipe for disaster for the bulls. We saw something to this effect in Whole Foods’ (NASDAQ:WFM) shares. The company stopped growing and management expressed its concern that competition was rising and the stock fell nearly 20 percent in a day. Panera has similar problems — competition, decelerating sales growth, and contracting margins. While a 20 percent decline in the company’s share price in one day is unlikely, it is clear that there is a lot to be concerned about with regards to Panera, and I think that investors should not try to be a contrarian here.

Disclosure: Ben Kramer-Miller has no position in Panera Bread or in any of the stocks mentioned in this article.