Are Robots Coming for Your Job? 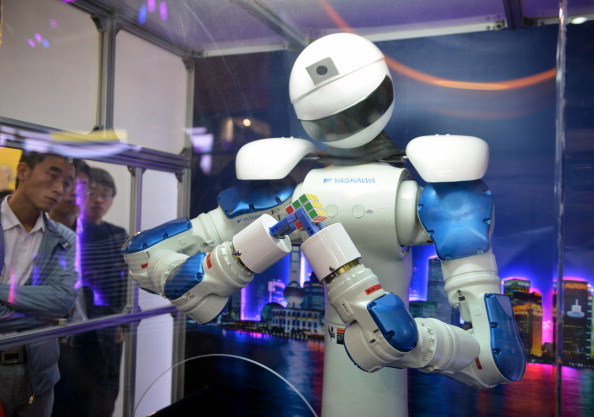 The tensions between humans and robots have long been a subject of fascination. Movies like the Terminator series and I, Robot explored the possibilities of robots as a source of evil. Futuristic themes normally include robotic creatures that have simplified basic life functions into a series of key strokes and buttons. But the shift becomes less like a sci-fi story and more akin to real life as changes in the economy and job market begin to select robots instead of humans to fill a variety of job slots.

The signs of robots creeping further into the job market are growing: Technology research firm Gartner predicts that one-third of jobs will be converted to software, robots, and smart machines by 2025. Sectors including financial analysis and medical diagnostics have already started to see a rise in the use of machines for everyday tasks. “New digital businesses require less labor; machines will make sense of data faster than humans can,” Gartner research director Peter Sondergaard said.

And as robots become more efficient and more affordable, the opportunities for advancement multiply. One robot, christened “Baxter” by its creator, Rethink Robotics, now has a base cost of about $25,000 and is a “workforce multiplier,” according to the company’s website. The robot can be customized to work in a variety of industrial and manufacturing settings, packaging supplies, tending machines, or sorting goods.

And though the robot can replace humans in a factory setting, the goal is to augment human work, not supplant it, company CEO Rodney Brooks told PBS NewsHour in the video below. For example, Baxter is able to complete mind-numbing tasks 24 hours a day without stopping. It can also sort plastic products and other goods that might not be healthy for humans to be exposed to for long periods of time. 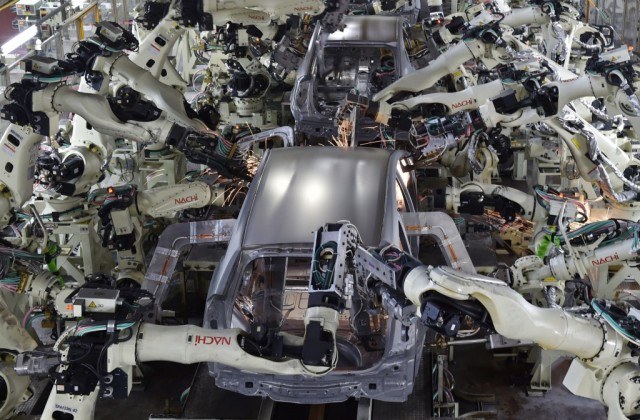 The McKinsey Global Institute estimates that 320 million workers will be affected by advances in robotics as the industry becomes a “disruptive technology.” About 12% of the global workforce will be impacted in some way by 2025, according to the institute. Banque de Luxembourg calls the rise of robotics the fourth Industrial Revolution and says that the addition of cameras, sensors, and increased flexibility means robotics are poised to enter the service industry, too.

Authors Andrew McAfee and Erik Brynjolfsson call it “The Second Machine Age,” writing that the robotics industry could have as large an effect on the job market as the first Industrial Revolution. And while robots are guaranteed to change the job landscape in the coming years, it doesn’t necessarily mean doom and gloom for American workers.

It will, however, mean that workers need to shift their ideas of what certain jobs look like, as well as how to prepare for them. “Technology’s always been destroying jobs, but it’s always been creating jobs,” Brynjolfsson said in an interview with PBS NewsHour. Technology is racing ahead in innovation, he said, but humans can adapt to the changing job landscape with education and with intentional job choices preparing for the future.

Co-author McAfee says that robots, for example, haven’t mastered human interactions such as subtlety and negotiation. Therefore jobs in leadership roles, such as management, are still safe from robot markets. In addition, infrastructure jobs like repairing roads and bridges are still specialized to be out of robot’s capabilities.

The key to moving forward in the workforce and not being left in the dust by a machine that looks kind of like C-3PO is investing in education that inspires workers to think outside the box, Brynjolfsson says. “Going forward, we’re going to need more creativity,” he told PBS NewsHour. According to an Oxford University study, about 47% of jobs in the U.S. labor market are at risk for being replaced in the next decade or so — at least in the ways they are performed now.

Jobs in sales, service, and office administration are some of the most at-risk occupations, while opportunities in management, engineering, and education are less likely to switch over to automatons. 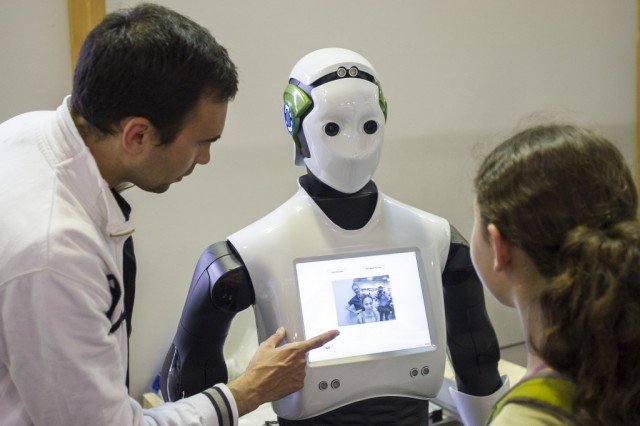 Despite those startling numbers, there’s still a debate about how that shift will affect the economy and job market. A New York Times article from December references several white-collar jobs that are now at risk: Microsoft’s Kinect can recognize human movement and correct it in physical therapy sessions.

In a joint poll of about 1,000 people conducted by the newspaper, CBS, and the Kaiser Family Foundation, about 30% of 25- to 54-year-olds said technology was a major or minor reason for why they don’t have a job. About 38% said another reason is that they lack the skills necessary to enter the job force.

But Forbes points out that in the past 120 years, the three largest spikes in unemployment came from the banking industry, not technology. You’ll recall that the Great Depression had much more to do with unstable banking than the newest assembly line revelations. And even more recently, when robots became more pervasive in several new sectors, the Great Recession was driven by bad mortgages, not Baxter’s ability to play Connect Four and sort plastic containers.

Instead, the world has something to gain from robotics, so long as we prepare for it. McKinsey estimates that robotics will have between a $1.7 trillion and $4.5 trillion economic impact value in the next decade. The caution, according to the Foundation for Economic Education, is that monopolies on robot patents could halt advancements within the free market.

However, if the industry continues as it is now, the dislocation of jobs because of robotic advancements should be temporary. “And if history is a guide, the replacement jobs will require skills that better express what it means to be human: communication, problem-solving, creation, and caregiving,” according to the foundation.

It might be too rosy of a notion for someone just laid off from his or her factory job, but it’s certainly better than mounting an army against the robots that are here to stay.