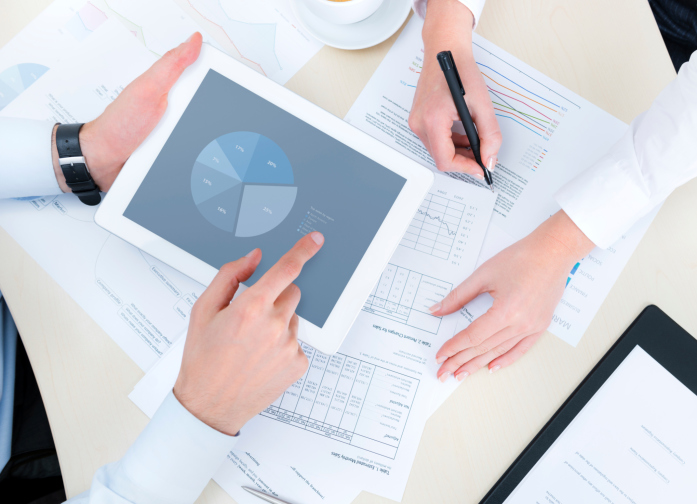 The stock market has been rising as of late despite signs of decelerating and even negative growth. While there are several reasons for this strength, one of the primary ones is a surge in stock repurchases.

Some of the largest repurchases in the first quarter include:

The reasoning behind this is fairly simple and straightforward: if companies are buying back their own stock, then this creates demand for their shares, in addition to that which is coming from the market; this creates an upward bias in stock prices.

Not only that, but as companies repurchase their own shares, they tend to reduce the total number of shares outstanding, and this means that on a per-share basis earnings look stronger. For example, take a company that repurchases its stock especially aggressively: AutoZone (NYSE:AZO). Over the past year, AutoZone reduced the number of outstanding shares from an average of 36.5 million in Q1 of 2013 to 33.7 million in Q1 of 2014. This company’s earnings growth was about 7.4 percent. But on a per-share basis, this earnings growth soars to 16.4 percent.

That’s the good news. The bad news is that stock repurchases are a contrarian indicator, meaning that companies tend to buy back more shares near the top of a cyclical bull market than near the bottom. This is because near the top, companies are earning more money and their trailing growth rates are stronger, and so their stocks feel cheaper, especially if they project past earnings growth into the future.

Recall that I said that the first quarter was the second largest in history for stock buybacks. Well, the biggest quarter was in the third quarter of 2007, which is just before the stock market peaked before the subsequent bear market, which began in October 2007. Investors should also keep in mind that financial companies were among the most aggressive stock re-purchasers prior to the financial crisis.

With this in mind, we are forced to view stock buybacks with a more critical eye: Not only are companies buying the highs while failing to buy at the lows, but one has to wonder whether these buybacks are the result of genuine managerial confidence or managerial avarice and a desire to inflate their companies’ stock prices.

Thus, when you are looking at a company as a possible investment and you notice that it is repurchasing shares, you should take the following into consideration.

First, you need to make sure that management isn’t being overly compensated via stock options. Oftentimes management teams will grant themselves enormous stock options and then cover up the dilution by repurchasing shares on the open market. If there is a huge disparity between the dollar size of the stock buyback and the amount of shares that disappear from the company’s float, then this is a bad buyback.

Second, ask yourself whether the company is buying back more stock when the share price is high or low. If it’s the latter, this could be a quality buyback that shows management is tactical in implementing its buyback. But in most cases, companies just blindly repurchase their own shares, and this means buying a lot of stock near the highs. Find companies that reduce or even postpone buybacks when the stock price is high.

Finally, companies should only be buying back stock if they are doing well. Companies with managements that buy back stock are often in trouble. We saw this with Hewlett Packard (NYSE:HPQ) back before its decline from $50 per share to $12 per share. Management was aggressively buying back stock, and while the shares have recovered, they are still below the buyback price, making that money wasted capital.