Automation Is Taking Over, and That’s Bad News for the World’s Poor 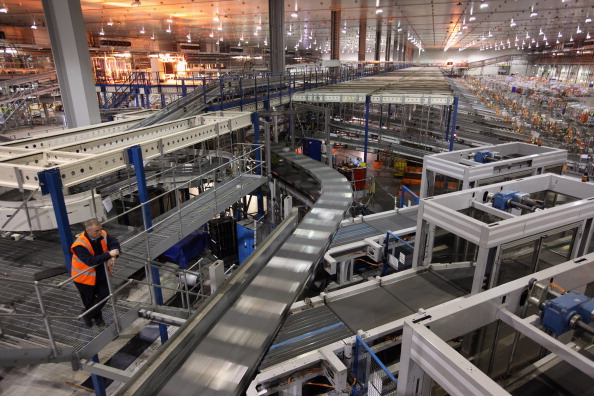 America has a jobs problem. But that’s no secret, and a lot of it has to do with widespread outsourcing of work that has occurred over the past two decades. Simply put, labor is a big expense for any business. And labor abroad is, well, cheaper.

While the current economic situation we’re experiencing in the U.S. certainly wasn’t caused by the outsourcing of jobs, the practice hasn’t helped. The population of working-age adults keeps increasing and jobs are being sent abroad, while the recent round of belt-tightening following the recession has left many people without work. It’s a complicated situation, and as we’ve found out, there are no easy solutions.

But it looks as though big business may be turning toward yet another solution to solve its labor issues. No, these companies haven’t found another part of the world, complete with fully staffed factories with employees willing to work for next to nothing. The truth is, they’re finding solutions that don’t require laborers at all and are instead instituting large-scale automation operations, which require a large investment to start with, but after that, don’t require paychecks.

So after offloading jobs to offshore factories or production centers, those jobs are now disappearing altogether. And it’s a not just a few employers — it’s a lot of them. Foxconn, a manufacturing company based in Taiwan that has ties to many electronics companies, has set the goal of making an army of more than a million robots. The move is coming in response to rising wages for workers, which in turn caused Foxconn to invest in the development of a robotic workforce. Foxconn employs 1.2 million people and appears to have the ultimate goal of replacing the vast majority of them.

“We have over 1 million workers. In the future we will add 1 million robotic workers,” Foxconn CEO Terry Gou told PC World. “Our  workers will then become technicians and engineers.”

Of course, there won’t be a need for a million technicians or engineers, so once the company’s plans come to fruition, there will be roughly a million freshly unemployed Chinese laborers on the market, which will dilute the labor pool and drive wages down, among other things.

But Foxconn isn’t alone. Oregon-based athletic company Nike is headed down the same path. Nike is notorious for its use of cheap, foreign labor, which sparked a massive backlash against the company over the past couple of decades. It has since taken measures to right the ship, so to speak, but the PR stain hasn’t completely disappeared. Regardless, the company recently offloaded more than 100,000 laborers from its factories, with plans to replace them with machines.

Experts don’t think the trend will end with these two companies, and they also don’t think the adoption of automation will hit a standstill. “I think this is going to accelerate,” Erik Brynjolfsson, a professor at the MIT Sloan School of Management, told the International Business Times. “What we have is a situation where robots and automation do more and more tasks that are being done by low-wage labor in Asia and elsewhere in the world. People involved in repetitive work are very vulnerable to what’s happening.”

Nike cut its factory worker payroll by 17% since 2009, according to the Portland Business Journal, and that rate should only increase as automation technology becomes cheaper and easier to transport and assemble.

You can’t really blame companies like Nike or Foxconn for what they’re doing — after all, they’re businesses, and their job is to turn a profit for shareholders and the company’s owners. That’s why they exist. They do not exist to supply jobs. However, the jobs that big companies like these do add to the economy are immensely important to the integrity of society as a whole.

So what happens when they start to disappear? Obviously, these disappearing positions will have a giant economic effect on developing nations, particularly countries that have been used for cheap labor over the past few decades. Many of the world’s struggling nations that depend on large influxes of capital investment and jobs from American and European companies are going to face some tough situations as automation continues to spread, as they have built their economic backbone as popular choices for companies looking to outsource.

It looks like the other shoe is about to drop, and they will now experience the same situation many Americans were faced with a decade or two before them. The question is, what will the ultimate fallout from that be? We’re talking about the possibility of tens of millions, if not hundreds of millions of workers losing their jobs over the next two decades, if things continue to pick up.

While we have always heard of a future in which robots would be handling most of the labor, it’s hard to think that most people pictured it in the way that things seem to be heading. Sure, automated work forces will be handling many of the world’s tasks in a relatively short amount of time, ushering in a new era of prosperity and leisure for the masses. The problem is that that prosperity hasn’t been shared, and many of the world’s poor and middle classes will end up scrambling to make ends meet as a result.

It’s unclear what the endgame of this dramatic shift from human labor to automation will be, but it’s clear that we are in the early stages of it. What policymakers and economists will need to do is to figure out how the vast majority of the planet’s masses will care for themselves if there is suddenly a huge shortage of work and opportunity.

The problem won’t be that prospective employees aren’t smart, resourceful, and skilled. It’s that they’ll want a paycheck, which a robot won’t ask for.