Retirement is on the horizon, but many baby boomers are reluctant to stop working. Twenty-seven percent of boomers don’t expect to hang up their hat until they’re 70 or older, a 2017 Insured Retirement Institute survey found. Half of boomers polled said their fallback plan if savings ran short in retirement was to go back to work.

Sticking with a job or going back to work sounds like a good strategy, especially for the many retirees and near-retirees who are facing a savings shortfall. (More than half of boomers and seniors have less the $50,000 set aside for retirement, according to GoBankingRates.) Yet finding a new job once you’ve hit the mid-century mark can be tough.

Twelve percent of workers over age 55 are either unemployed, stuck in part-time jobs they don’t want, or have given up on finding a job altogether, according to government statistics. The hurdles these older job seekers face are numerous, including stereotypes about their abilities, blatant age discrimination, job sites that block older workers from applying, and, for some, a lack of education and a skill set that doesn’t match employers needs.

1. Using an email that gives away your age

Your graduation date and gray hair aren’t the only things giving away your age. Using a vintage email address, no matter how easy or reliable it is, can also make you look old and out of touch.

Alison Green on the Ask a Manager blog notes that older email services like Hotmail have an older feel to them. An old-fashioned email won’t necessarily disqualify you from a job, but a hiring manager might make certain assumptions, such as that you’re not up on the latest technology, if you use one. Upgrading to a new (and free) Gmail account for job searching is easy and won’t automatically date you or your resume.

Simply emailing your resume to employers won’t get you a job. | iStock.com/Rawpixel

If you’re simply emailing (or worse, snail mailing) your resume to employers and then sitting back and waiting for a response, you could be in for a long and painful job search.

“Even though corporate websites encourage candidates to email their resumes the chances that they’ll actually be read by a human being are pathetically small,” wrote Bob Weinstein of Work Force 50. Networking, especially with people at companies where you want to work, is more likely to produce results.

3. Not having an online presence

You might think social media is for kids, but not having an online presence can hurt you in your job search. Fifty-seven percent of employers CareerBuilder surveyed in 2017 said they were less likely to hire a person who they couldn’t find online.

If you don’t have one already, set up a LinkedIn profile or create an online portfolio, so potential employers can find you online. Doing this will help you connect with recruiters and HR and show you’re not stuck in tech’s dark ages.

4. Having a too-long resume

Nothing dates you like a resume that looks like it could double as a first-draft of your autobiography. You might have great experience, but by the time you’ve reached your fifth or sixth decade, there’s no reason to include your entire work history on your resume.

Stick to the most recent 10 or 15 years of experience, career experts told Marketwatch. If earlier experience is relevant, condense it into a small “other experience” section. Highlighting recent accomplishments is more meaningful than crowing about your many years of experience, noted Monster, especially because it shows you’re still an active and engaged employee, not one who’s resting on his laurels.

5. Not using your network

Network your way to a new job. | Justin Sullivan/Getty Images

Your network is likely one area where you have a big leg up on your younger counterparts. Failing to use the professional and personal connections you’ve nurtured over the years is a big mistake.

Networking can be a challenge, especially if it means swallowing your pride and admitting you’re out of work and need help. But now is the time to reconnect with old colleagues, meet new people, and share your knowledge. And evidence suggests such networking can make a difference. Forty-four percent of recent job seekers polled by Pew Research said their connections with friends, family, colleagues, or friends of friends was the most important resource in their most recent job search.

6. Condescending to a younger interviewer 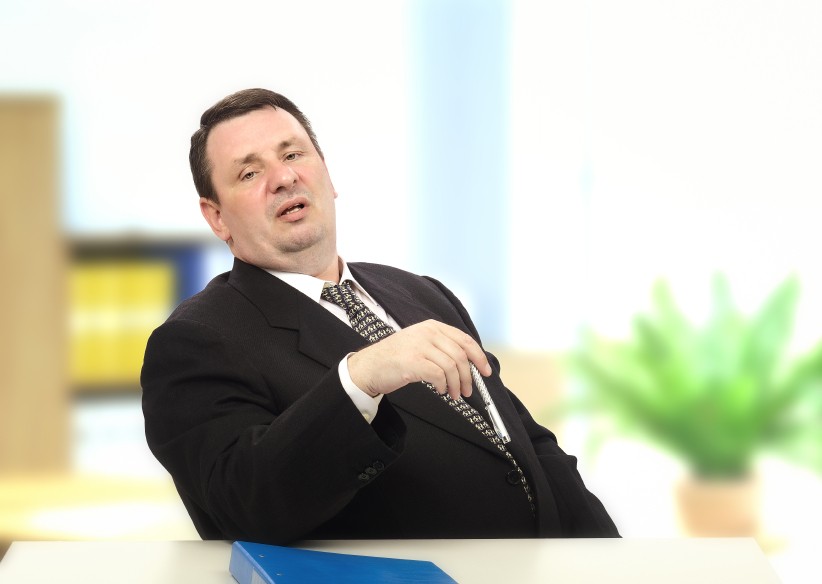 Acting like a jerk in the interview won’t get you a job. | iStock.com

The person interviewing you might be young enough to be your son or daughter, but don’t treat them as if they’re your kid. A younger interviewer might already be worried you’ll have problems taking direction from a more youthful boss, and evidence suggests they’re right to be concerned. A survey by Kelly Services found a significant share of boomers thought millennials were entitled, impatient, and didn’t value collaboration — negative attitudes that could hurt them in their job search.

Referring to the person on the other side of the table as “kiddo” or “young lady” is a definite no-no, noted HR Nasty, while references to the interviewer’s youth or how your experience was “before their time” can be equally off-putting. Although the age gap might take some getting used to, you’ll want to treat your interviewer like a peer, whatever their actual age. 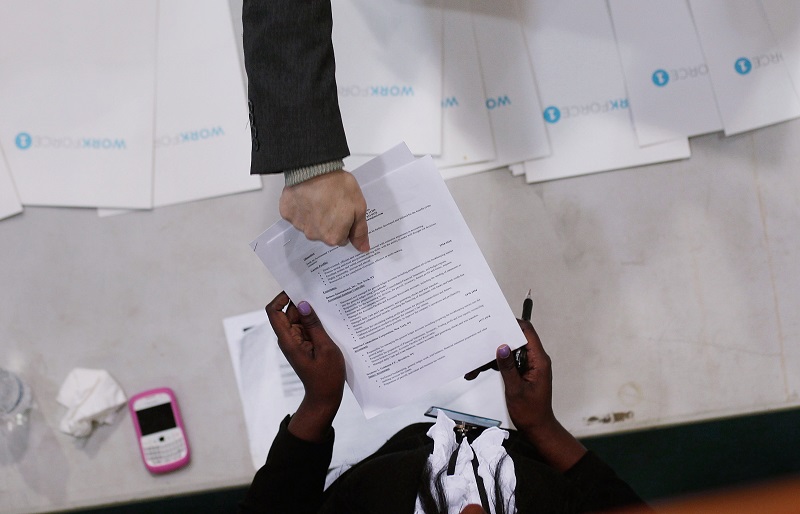 Update your skills to make yourself more appealing to employers. | Chris Hondros/Getty Images

Many job-seeking boomers have figured this one out, but here’s a reminder just in case: The skills that got you to where you are today might not get you to where you want to be tomorrow. If you refuse to adapt, you’ll be left in the dust.

If your professional skills are a little rusty, now is the time to update them. Completing a class at the local community college or earning a new certification can help you brush up your knowledge of the latest technology, noted The Ladders. 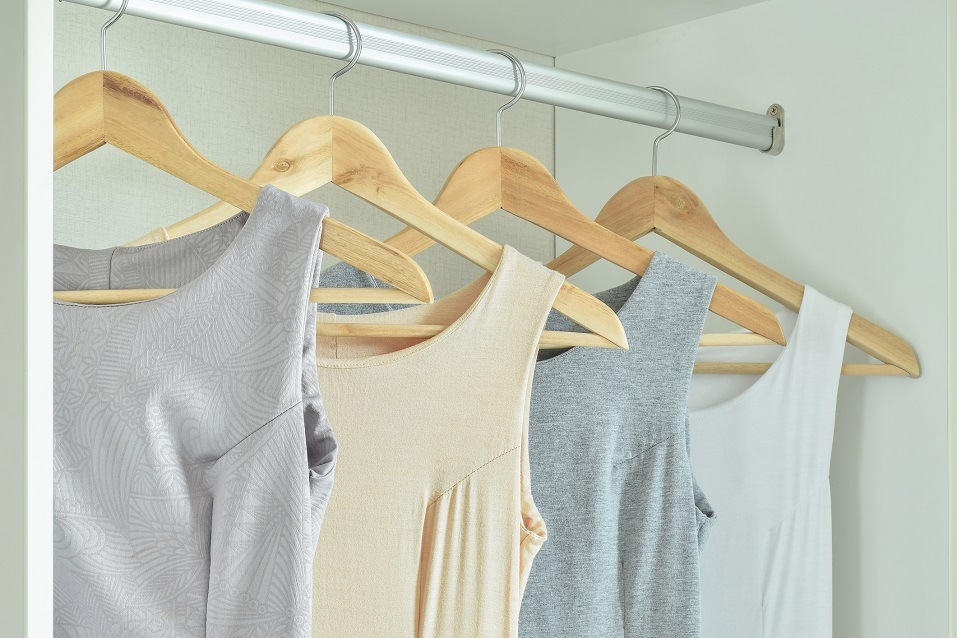 An up-to-date wardrobe is an asset for older job seekers. | iStock.com/Lizmyosotis

It might not be fair, but looking your age in an interview could work against you. An old, frumpy suit, dated haircut, and accessories that were last in during the Clinton administration will make you look like you’re stuck in the past. For women, the problem can be especially acute. The authors of a 2015 study that found strong evidence of age discrimination, especially against women, speculated appearance bias might be one reason why employers were reluctant to hire older women.

For women, an overabundance of black in your wardrobe, an ill-fitting bra, and frumpy clothing can make you look older than you really are, according to Oprah.com. So can some common makeup mistakes. For men, a bad dye job or a baggy, ’90s-era jacket and pants makes you look like you’re stuck in the past.

A man gets advice on improving his resume from a career coach. | Paul J. Richards/AFP/Getty Images

Your job search might feel like a private endeavor, but it shouldn’t be. Refusing to ask for help could hamper your efforts to land a new position.

Smart job seekers of all ages use whatever resources are at their disposal. That could mean tapping their network for referrals, signing up for classes to boost their skills, getting advice on what to wear in a job interview, and perhaps even seeking out the help of career coach.

10. Not being open to career change 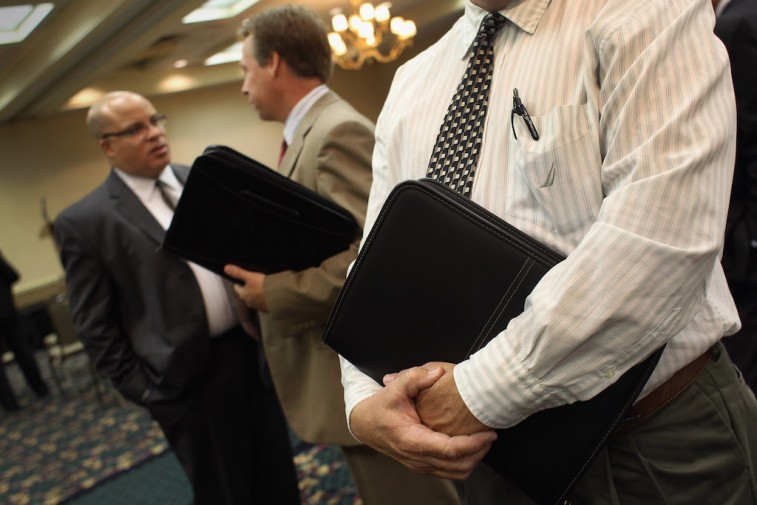 There’s a stereotype that baby boomers are stubborn and not open to change. Don’t prove that stereotype to be true in your job search. To find a job, you might need to look beyond what you’ve done in the past. Your old job might no longer exist. Or you might find companies want to hire younger, cheaper workers for the job you used to do.

The good news is it’s never too late to reinvent yourself. Some older workers turn a spell of late-in-life unemployment into an opportunity to pursue a dream career, take a job abroad, or start their own business, noted The New York Times. In fact everyone, no matter their age, should be thinking about a Plan B or C before they have to start looking for a job, just in case.

“Shame on you if you’re not thinking every single year, ‘What’s my next step?’” Pamela Mitchell, a career coach and author, told the newspaper. “It’s magical thinking not to do this.”