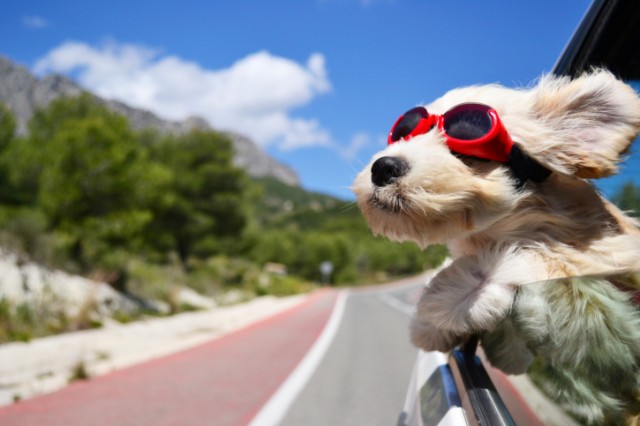 Summer is officially upon us, and for many, that means hitting the open road with friends and family. Independence Day is one of the bigger travel days of the summer, along with Memorial Day and Labor Day, and this year is expected see an uptick in holiday travel. A report from AAA indicates an estimated 41 million people will leave home for the holiday weekend, making a trip of at least 50 miles. That number is an increase of 1.9 percent over last year.

One major takeaway from AAA’s projections is that the overwhelming majority, more than 80 percent, will be traveling by car. Even with gas prices higher than they were last year, more Americans are packing up the car and hitting the road. While it makes sense for most people to take a small road trip, especially within a range of 50 to 100 miles, an increased impact on consumers’ wallets would lead most to expect a decrease in holiday travel.

But that’s not the case.

What can be concluded from the numbers is that Americans are more confident in the economy than they have been over the past several years, with increases in employment levels and an added itch to spend leading to a Fourth of July boom for hotels, restaurants, and other tourism-related industries. Car rental rates are roughly where they were last year, at an average of $58, and airfare has prices have dropped 5 percent. Hotels, on the other hand, are up in price, between 9 and 15 percent for AAA Two and Three-Diamond properties.

Travel as an economic indicator

The increased willingness of Americans to travel this holiday weekend is due more to an openness to take on credit card debt than it is an increase in income, according to the AAA report. From an economic standpoint, this indicates that people are more confident in their abilities to handle such debt and pay it off accordingly.

While unemployment has seen steady drops over the past several years as the economy has recovered, consumers are able to loosen their belts a bit and spend some money. This is shown in an increase in holiday travel, which has seen increasing numbers in four out of the past five years.

This year, the number of Americans traveling is expected to be 6 percent higher than the average for the past decade.

Another sign of increased consumer confidence is that this year’s travelers face higher gas prices than in preceding years, yet they are coming out in droves. In fact, gas isn’t just up a little bit: It’s at a six-year high in price. By AAA’s calculations, the national average is hovering between $3.65 and $3.70 per gallon but is expected to rise even higher than that toward the end of the week, when people hit the road to carry out their travel plans.

Estimates from the U.S. Energy Information Administration show the same trend AAA’s numbers do, with higher averages in just about every region around the country compared to last year. The jump in price is being blamed by the instability in Iraq, which has pushed oil producers to increase petroleum prices in the face of uncertainty. The good news, once again, is that many people seem unbothered by the higher-than-usual energy prices, and they are following through with their travel plans regardless.

With the best economic climate America has seen in a long time, it’s encouraging to see more and more families heading out for the holiday weekend. Not only does it show confidence from the consumer side, but also should give businesses a shot in the arm. Restaurants and hotels are set to be the most likely benefactors, as well as the transportation industry. An increase in consumer costs, from gas prices to a bump in hotel rates, could be a result of increased demand, but there are external factors, as well.

If you’re planning on hitting the road yourself with friends and family, try and think of the extra traffic, higher prices, and lines at your favorite restaurant not as a bad thing, but as a sign that the country is finally seeing a return to normal after many years of economic turmoil.