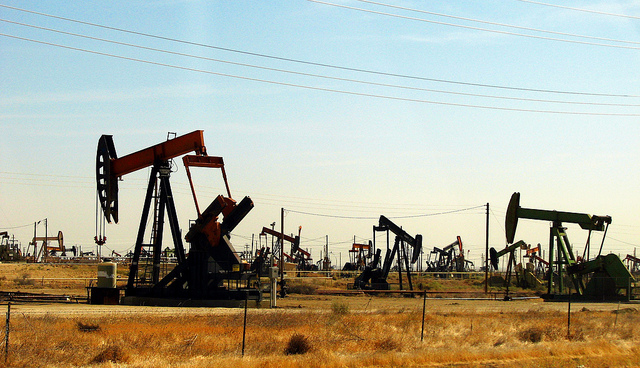 From Kurdistan to Somaliland, for independent oil companies, getting your hands on new exploration acreage where both technical risk and political risk are low is impossible. Exploring for oil and gas in new frontiers is all about striking the right balance between geological potential and political risk. Take it from Anglo-Turkish Genel Energy, the largest producer in the Kurdistan Region of Iraq, where it seems nothing can shake investor confidence right now.

Interview by James Stafford of Oilprice.com

Oilprice.com: On 29 September, a series of attacks targeting security forces in the Kurdish capital of Erbil killed six people, sparking fears that the conflict in Syria maybe be spreading Kurdistan. Will this do anything to investor confidence in the region?

Tony Hayward: Kurdistan has been a beacon of stability and security in an unstable region, but sadly nowhere is immune to terrorism. As this is the first such incident in Kurdistan for six years, we have no reason to think that it will or should change investor perception.

Oilprice.com: Right now, Kurdistan is one of the hottest emerging venues out there, and the media is fascinated with the Kurds’ success in forging oil and gas independence despite threats emanating from Baghdad. As the largest oil producer in Kurdistan, Genel naturally fields the majority of tricky questions related to these political dynamics. Is there anything that can stop Kurdistan from continuing to pursue oil independence at this point?

The signing of an Energy Framework Agreement between Turkey and the KRG in March 2013 was an important step, and we have seen clear evidence of its implementation — KRI crude oil is exported by truck to international markets via Turkey, and a Turkish state-backed energy company has also entered the upstream sector in the KRI, signing 6 PSCs with the KRG and partnering with Exxon in a number of licenses.

Finally, Turkey and the KRG have agreed a framework for the export of KRI gas to the Turkish gas market — we expect this Gas Sales Agreement to be signed by the end of the year. Kurdistan has always had the resources, now it is building the infrastructure and has a significant market for its oil and gas. It is a good place to be.

Oilprice.com: How far along is the pipeline at present?

Tony Hayward: The pipeline from Taq Taq to Fishkabur is very close to completion — welding is now in sight of the pumping station. We expect the entire system, capable initially of exporting some 300,000 barrels a day, to be fully operational around the end of the year. This will be a major inflection point for the Kurdistan Region of Iraq and of course for Genel, allowing us to increase production and realise international prices for our exports.

Oilprice.com: What can we expect in terms of production once the new pipeline to Turkey comes on line as planned for the fourth quarter?

Tony Hayward: We have not yet given guidance for production for 2014, but developments at Taq Taq and Tawke are on track to deliver 140,000 barrels a day of working interest production capacity by year end-2014.

Oilprice.com: What will Baghdad’s response be?

Tony Hayward: While it is difficult for us to speculate on this, we believe that the pipeline will be a positive political benefit, allowing for increased exports of oil from the Kurdistan Region of Iraq with regular and stable payments that will benefit Iraq as a whole.

Oilprice.com: How much oil is reaching Turkey now? Can you take us through the transport route and the costs?

Tony Hayward: At present, we are exporting around 30,000-40,000 bopd a day by truck from Taq Taq to Mersin on the Mediterranean coast in Turkey, where it is sold on the international market. Contractors are receiving full entitlement for the barrels sold.

Oilprice.com: What can we expect from new exploration in Kurdistan, and what is the average hit rate for exploration?

Tony Hayward: Hopefully more of the same. High impact exploration drilling is continuing in the KRI, and planned wells are targeting around 1bn  boe of gross unrisked resources. We also still have work to do to fully assess our recent discoveries, and so the full potential of the region has yet to be evaluated. We remain very excited about the potential volumes in place. Results from Chia Surkh 11 and Taq Taq Deep are expected in Q4, while Miran Deep will spud in 2014. With the African portfolio taken into account, we are targeting over 4bn boe.

We’ve enjoyed a great run of exploration success in Kurdistan this year with three successes from three wells adding in excess of 50 percent to our net contingent resources. While this isn’t typical, our hit rate in Kurdistan has been very pleasing and due in no small part to the extensive preparatory work conducted by our technical teams ahead of drilling.

Oilprice.com: There are plenty of junior oil companies eyeing Kurdistan right now. What does an E&P company need to know about operating in Kurdistan?

Tony Hayward: We have found Kurdistan to be a very good place to operate. As with all places, you should ensure good working relationships with the local government and communities. As one of the first movers in the KRI we were in a very fortunate position — such has been the success in the region the majors have unsurprisingly now got involved, albeit focusing on exploration and appraisal opportunities so far.

Oilprice.com: Genel is no stranger to high-risk venues, and that brings us to Somaliland. What’s the political risk of exploring in a country that broke away from Somalia 20 years ago but still is not recognized internationally?

Tony Hayward: As an independent oil company I’m afraid the potential for now finding acreage with a very low technical and political risk is nigh on impossible — you have to have one or the other. Kurdistan was a low technical risk, and we were happy with the level of political risk — and we believe the momentum over the last 18 months has proven us correct. Somaliland is geologically hugely exciting, and so the risk is on the political side.

Oilprice.com: Why Somaliland? How explored is Somaliland, and what do you expect to find — and when?

Tony Hayward: Somaliland looks analogous with the prolific Yemen Rift Basins — geologically it looks exceptional, and it is a very underexplored area.

Oilprice.com: What other areas are worth exploring in terms of geological analogy to the prolific Jurassic Rift Basins of Yemen?

Tony Hayward: We like Ethiopia, hence our decision to farm in to the Adigala Block last month. The Block borders Somaliland, and oil seeps and surface outcrops support the presence of a mature and active Jurassic oil prone system, which we believe is analogous to the Yemen basins. We have identified several large potential structures, with further planned seismic and technical work to be done to identify these leads into drill ready prospects. We are also actively reviewing other opportunities in the region.

Oilprice.com: Where do you predict the next big find to be in this area, and why?

Tony Hayward: Hopefully in our acreage. We like the geology and we are excited about the prospects, but if we could predict the next big find then we would be in a very blessed position indeed. The only way to ascertain whether hydrocarbons are present in commercial quantities is to drill.

Oilprice.com: What attracted you to Malta and Morocco? What are your expectations?

Tony Hayward: As with all of our acreage — geology. As we have expanded outside Africa we have targeted opportunities to take material interests in high impact prospects, with the potential for field sizes of at least 250 million bbls. Malta and Morocco both fall firmly in these categories and, while expectations are dangerous in this business, we are confident in the geology and look forward to drilling them both. Morocco will be our first well to spud outside the KRI when it does so in the last quarter of this year.

Oilprice.com: How excited should investors be at the continued prospects for offshore Cote d’Ivoire due to the fact that it is the same basin where Western Ghana’s Jubilee field was discovered?

Tony Hayward: Our prospect is in the same sub basin as the West Coast of Ghana, and the discovery rate there has been 44 percent. There are clearly proven petroleum systems in the area and there are geological similarities — if the result is the same we will be delighted.

Don’t Miss: Your Cheat Sheet to the Debt Ceiling Debacle.