Bank of America May Have Cut in Line in Futures Trades 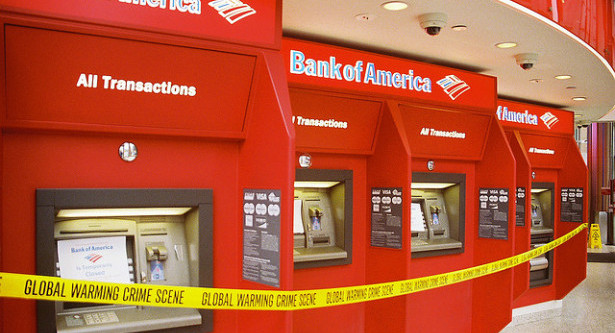 Bank of America (NYSE:BAC) may be finding itself in yet another spot of trouble as an intelligence bulletin from the Federal Bureau of Investigation seems to point a finger at the bank for unscrupulous futures trading, Reuters reported.

Financially, things have been hitting their mark for Bank of America. The bank reported forth-quarter earnings of $22.3 billion, beating analyst estimates of $21.24 billion. Net income during the quarter grew a favorable 369 percent over the same period, reaching $3.4 billion. This all helped push Bank of America’s stock price up to a 52-week high of $17.42 shortly after earnings were reported.

So, while the company has looked good from a financial standpoint recently, it still has had a troubled image otherwise.

The stigma against big banks over the financial crisis of the past several years has not faded from the eyes of many, and Bank of America is still making up for the damages for which it was found responsible. In early December, Bank of America was facing upwards of $80 billion in fees for settlements with numerous government entities in several states. In the same month, it was reported that it failed three tests by compliance monitors from the National Mortgage Settlement.

More recently, Bank of America created a requirement for employees to take a certain amount of vacation each month. On it’s own, this sounds like a good move, but the reason for this requirement stemmed from the death of an intern in the bank’s London offices in August of 2013 after he had worked for several days straight without any sleep.

The bank seems to be finding it’s way out of one difficult situation after another, and every time it does, it quickly runs into a new one. Now, it seems the bank may have been looking down the barrel of recent probes, potentially as the suspect of market manipulation.

Reuters reported that both the Commodity Futures Trading Commission and the U.S. Department of Justice have probed Bank of America to see if it had been prioritizing futures trades for itself before seeing through the block trades being made by clients.

The Financial Institution Regulatory Authority, or FINRA, released a statement indicating that the U.S. Attorney’s Office of Charlotte, North Carolina, was “investigating whether it was proper for the swaps desk to execute futures trades prior to the desk’s execution of block future trades on behalf of counterparties.” Adding, “We also understand that the Commodity Futures Trading Commission is conducting a parallel investigation into the trading issue.”

Though the FINRA disclosure doesn’t call out Bank of America specifically, Reuters noted that Bank of America happens to be based in Charlotte and was subject to multiple investigation, including one by the CFTC.

The intelligence bulletin from the FBI also doesn’t specify any bank by name, but did indicate that one U.S. and one Canadian bank’s swaps traders were potentially involved in the front-running of futures trades by Fannie Mae and Freddie Mac, Reuters indicated.

While it’s not clear what this will all mean for Bank of America going forward, the continuation of negative publicity for the bank is likely to continue leaning hard against the companies image and could put downward pressure on shares.