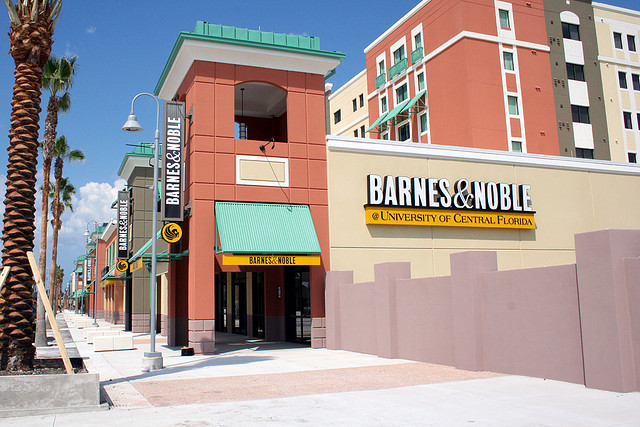 Barnes & Noble (NYSE:BKS) has seen several buyout offers it felt capable of refusing. In the latest one G Asset Management (GAM) pitched the night of February 2o, the troubled bookseller and digital reader manufacturer would receive a per-share price well above the market value, according to a release appearing on MarketWatch. As wind of the offer hit Wall Street, investors pushed Barnes & Noble stock as high as 13 percent above its opening price on February 21.

The G Asset Management proposal offered B&N $22 per share for 51 percent of the company, which places a value of $1.32 billion on B&N. Failing that, GAM offered to buy the bookseller’s Nook division at $5 per share, which sets the digital reader wing of the company’s value at $300 million. GAM’s release notes that it increased its offer by 10 percent from the $20 per share it offered Barnes & Noble in mid-November 2o13.

G Asset Mangement’s bid to take over either Barnes & Noble, Nook, or both is the third time the private investment firm has set its sights on the company. Noting that the offer was a 30 percent markup from B&N stock price at the time it was made, GAM mentioned it had to secure financing and work out details for the deal before it could officially take place. Nonetheless, the company release suggested there was “substantial shareholder value” to free up by separating Nook from the rest of the business.

In fact, the GAM statement reiterated that the company is “substantially undervalued” in its current form. Shortly after, the stock hit double-digit gains on Wall Street.

Barnes & Noble stock cleared $19 during afternoon trading on Friday, February 21, marking its highest point since June 2013. Prior to that surge, Barnes & Noble hadn’t cleared the $20 mark since 2011. By the end of the day’s accounting, company stock had fallen south of $18 to close with a 5 percent pop on the day.

GAM’s acquisition proposal pointed out the potential the company had in digitizing its college textbook offerings as well as instituting a rental program for materials used in college classrooms.

After news of the offer went public, Reuters received word from a Barnes & Noble spokesperson that the bid was received, though no comment was forthcoming from the bookseller. Maxim Group’s John Tinker told Bloomberg Businessweek that Michael Glickstein — G Asset Management’s founder and Chief Investment Officer — had “no money” to make the deal. Citing about $675 million in cash necessary to pull off the Barnes & Noble buy, Tinker told the news agency he considered the deal a long shot at best.