Be a Hero: Get Ready to Clean Up This Holiday Shopping Season 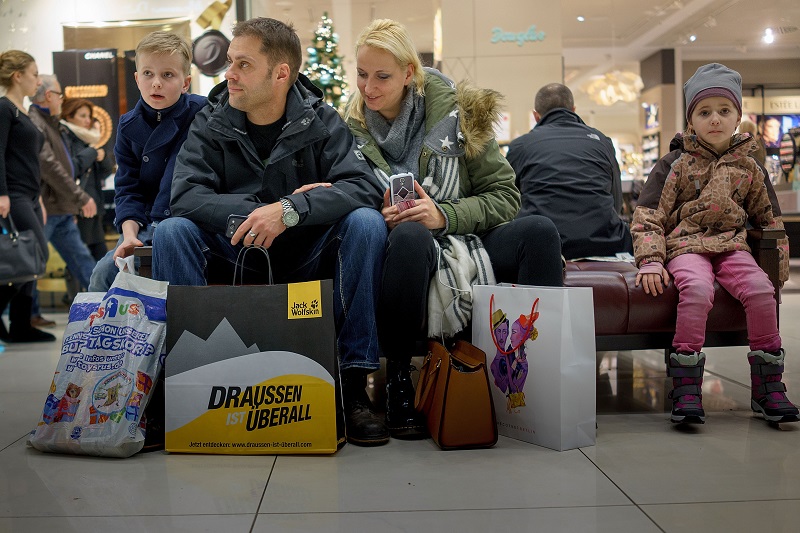 Santa’s poking his jolly ass into more of the year, every year, or so it seems. Despite the cries of a ‘War on Christmas’ that boil to the surface every autumn and winter, the holidays — really anytime between Halloween and New Year’s Day, at this point — have gobbled up more of the calendar than ever before. For some people, listening to the accompanying music on the radio for three months is a joy. For others, it’s annoying and obnoxious.

But if there’s a silver lining from it all, particularly with the current state of the retail industry, it’s that we can all make away like bandits when it comes to shopping.

The holiday season is big for the retail industry. Everyone’s familiar with the annual and primal ritual that is Black Friday, during which dozens of people are callously and maliciously trampled in Walmart and Macy’s stores nationwide in an effort to save a few dozen bucks on hair straighteners and Super Mario Bros. video games. But in recent years, the deals are stretching beyond Black Friday, and out of the brick-and-mortar stores and onto the Internet via our phones and laptops.

Basically, the big retail companies are fighting tooth and nail for our dollars — and that’s a great thing for consumers.

Take a look at the biggest retailers out there. Traditionally, Americans would head out to the ‘big box’ stores in an effort to get the most bang for their holiday buck. This includes department stores like Macy’s, Nordstrom, Sears, etc. Then there are also places like Target, Wal-Mart, and K-Mart — same idea as a department store, though with more diversity in selection and lower prices. You also have more specialized retailers, like Best Buy, which deal in electronics.

All of these businesses are big targets for holiday shoppers. But with the evolution of online shopping — and, quite frankly, Amazon — things are changing. Without the need for a storefront or physical stocks of goods, and for consumers, no need to go stand and wait in line (and possibly be trampled to death), Amazon has made shopping easier and much more enjoyable for consumers. Not to mention, cheaper.

But probably the most prominent change that e-commerce companies like Amazon have brought to the fold is the act of price matching. And it’s because of price matching that you, the consumer, have the chance to become a holiday hero during this year’s shopping blitz.

For example, let’s look at how just one retailer, Target, is planning on incorporating price matching into its model. The company announced in September that it is willing to go toe-to-toe with as many as 29 rivals, including online retailers, in terms of price. That can mean some considerable savings, especially if you’re walking through the store and checking competing prices from Amazon, Wal-Mart, or Best Buy.

In terms of saving even more money, price matching an in-store item with, say, an online price from Amazon may even save shoppers on shipping costs. So that’s something else to look out for.

Wal-Mart is also in the middle of the fight. The nation’s largest retailer is going to be hungry to get shoppers in its stores over the next few months, particularly as earnings forecasts have irked investors. Wal-Mart has been in the fray with Amazon for a few years now, and has been taking some fairly significant measures (increasing wages, offering price matching) to lure back customers.

But again, Wal-Mart’s shortcomings are gains for you in the form of big discounts and slimmer profit margins.

Essentially, what we’re seeing is the retail industry getting thrown into a mosh pit. All of these big stores and retailers are having to compete with one another in a way that we haven’t seen in a long time, if ever. While it may create some serious headaches for the leadership teams of these businesses, consumers are the ones who are winning.

Holiday shopping forecasts say that discounts and retailer pushes are already in full swing. Promotions are happening earlier than usual, all in an attempt to get a jump on the shopping season — and all more than a month ahead of Black Friday.

Seeing Santa in September or October may be obnoxious for some, but it can also be a sign — a sign that the retail fight is in full swing. And if that means anything, it’s probably that there are deals to be had.