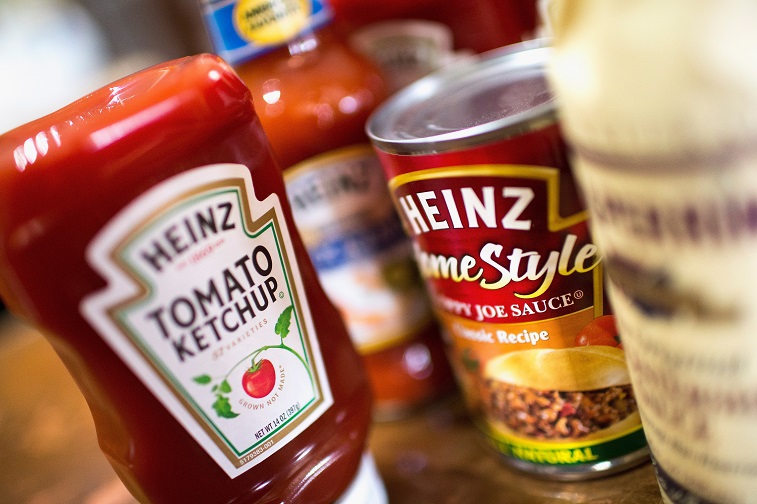 Some matches are made in heaven. Peanut butter and jelly. Lilo and Stitch. Ketchup and… salad dressing.

How did we come up with that match? You could say it happened organically, as two of the world’s leading food companies have decided to combine forces. Kraft and Heinz — both large conglomerates in their own right — have forged an alliance to become The Heinz Kraft Company, which will instantly become the third-largest food company in the United States, and the fifth-largest worldwide. Combined, the new company is expecting to churn out $28 billion in revenues, and command eight billion-dollar brands, and several others raking in revenues in the nine-figures.

“By bringing together these two iconic companies through this transaction, we are creating a strong platform for both U.S. and international growth,” said Heinz chairman Alex Behring, who is also a managing partner at 3G Capital — which itself is pouring $10 billion in investment into the new company, along with Berkshire Hathaway. “Our combined brands and businesses mean increased scale and relevance both in the U.S. and internationally. We have the utmost respect for the Kraft business and its employees, and greatly look forward to working together as we integrate the two companies.”

“Together we will have some of the most respected, recognized and storied brands in the global food industry, and together we will create an even brighter future,” added John Cahill, Kraft Chairman and CEO.

Without a doubt, this is a rather big shakeup in the food business world. Two huge companies combining like this is sure to send shockwaves across the market, and could lead to other companies combining forces — much like we’ve seen happen in the telecom industry.

The Kraft Heinz Company is set to become a new juggernaut marauding across the landscape, but there’s just one question that consumers are asking themselves: what does this mean for me? 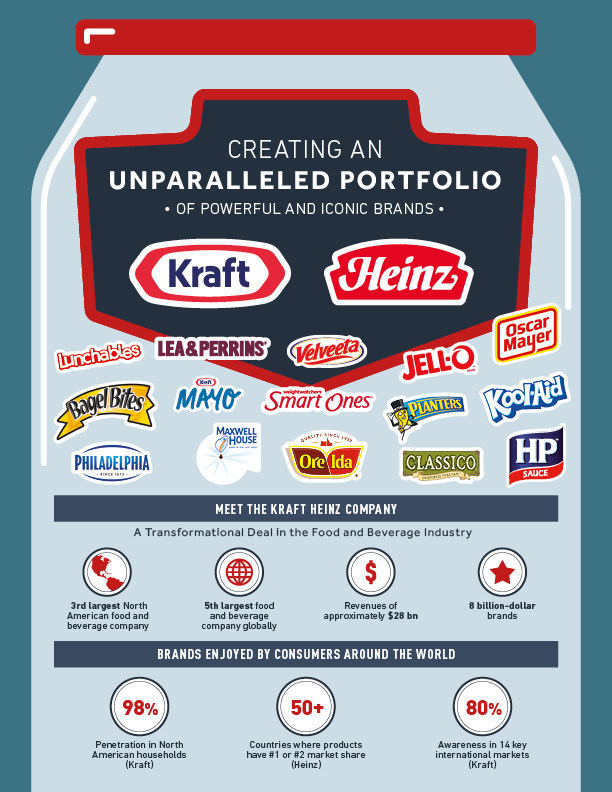 The answer to that question, unfortunately, is nothing good.

We’ve written before about consolidation in the food industry, and of course we know how much of a part the food companies themselves play in regulatory policy setting in the government. The truth is, when an industry that is already being dominated by a handful of companies becomes even more consolidated, consumers get the short end of the stick.

For example, The New York Times just released an article explaining a very similar situation taking place in the airline industry. Even as aviation trade organizations call the industry “hypercompetitive”, explains NYT author Andrew Ross Sorkin, the truth is that the marketplace is anything but. “Mergers over the last several years have left the nation with only four main airlines — Delta, United, Southwest and American-US Airways — which deliberately don’t compete on some routes,” he writes. “Far from ‘hypercompetitive,’ the airline industry is increasingly looking like an uncompetitive oligopoly.”

Are we looking at something similar in the food industry? It’s probable. Although there is much more to the market than in the air travel business.

To expand further, Kraft and Heinz don’t necessary have a lot of competing products, so what the new conglomerate is truly competing for is shelf space in grocery stores. That all depends on distribution and suppliers, adding another layer of complexity to the business model. What this deal does is give the new combined company more shelf space, and the ability to sell more products.

Also, it’s hard to think that regulators will stop this merger from being approved. The FTC has led many others slide, that would and have damaged competition and innovation in other industries (airlines, technology), so there is little reason to think they would step in and call the Kraft-Heinz deal off. Of course, it is still fair to say that though we can probably guess what will come as a result of this acquisition, no one can be certain.

In truth, mergers — particularly huge ones, like between Kraft and Heinz — typically don’t benefit very many people, other than shareholders and those brokering the deal. The result is typically less innovation and competition, which doesn’t mean lower prices for the consumer. The addition of The Kraft Heinz Company to the market will likely go to prove it.