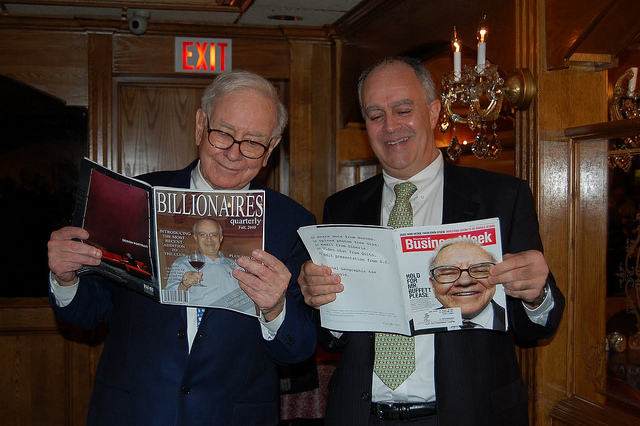 Investment and economic questions follow Warren Buffett wherever he goes. Appearing at a promotional event for his son and grandson’s book at the New York Public Library, the investor discussed the U.S. housing market. Bloomberg covered his remarks. “It’s coming back,” Buffett said, “Pricing is better in almost all markets by a reasonable percentage from a few years ago. Housing starts are up somewhat. They still are not where I would regard as an equilibrium point, where they match household formation.”

The housing market was slammed twice during the Great Recession. First, subprime loans and mortgage backed securities kicked off the declining economy. Then, even though the recession ended in 2009, bleak economic drove down the number of people establishing a home, meaning headship rates remained low.

The Millennial generation, young adults around 18 to 34, contributed to the lower rate of new households. Facing fewer job opportunities, a high percentage of them moved back in with their parents, delaying homeownership. Pew Research estimates that this number reached a record high in 2012, 21.6 million according to Pew’s data.

Buffett’s Berkshire Hathaway Inc. (NYSE: BRKB) (NYSE:BRKA) is involved in numerous aspects of the real estate business and housing market. This heavy investment makes Buffett and Berkshire particularly sensitive to movements in the industry, going beyond broad categories such as construction, building materials, and homes. Berkshire benefits when all aspects of housing benefits, just like the economy.

As a result, Berkshire’s portfolio and quarterly earnings report can have interesting gauges of the U.S. market. For example, in the second-quarter of 2013, Berkshire saw an increase in earnings before interest and tax (or, EBIT) from “Real Estate Brokerage Revenues,” which were up $115 million, or 29 percent, over 2012 second-quarter results. A real estate broker arranges details of a real estate transaction between the buyer and seller for a commission. The increase in EBIT, the report said, was because more transactions had been closed, and home prices, on average had increased.

Turning to a slightly more traditional indicator of a rebounding housing market in Berkshire’s report are the profits from Clayton Homes. Pre-tax earnings of this vertically integrated Berkshire company rose 61 percent to $209 million for the quarter. Clayton Homes is a manufactured housing company.

Its positive results align with other, non Berkshire building companies, such as the PulteGroup Inc. (NYSE: PHM) The company announced its third-quarter earnings October 24. Earnings per share for that quarter increased by 45 cents, 15 cents higher than 2012′s third-quarter earnings per share increase of 30 cents. Revenues from home sales were also up by 21 percent to $1.5 billion.

In the earnings release, PulteGroup’s President, Chairman and CEO Richard J. Dugas, Jr., matched Buffett’s cautioned optimism about the market. Purchases in the third quarter had slowed, he said, due to rising costs, an increase in mortgage rates, and unpredictable economic and political factors. However, he said that, “We believe the slowdown will ultimately prove to be short lived within a sustained, multiyear housing recovery.”

Multiple signs are pointing to a rebounding housing market. Although Buffett has indicated housing market recoveries before, such as in his 2010 letter to shareholders, as the earnings reports show, broad based gains have been made in 2013 compared to 2012.