Bernanke: Santa Claus or The Grinch? 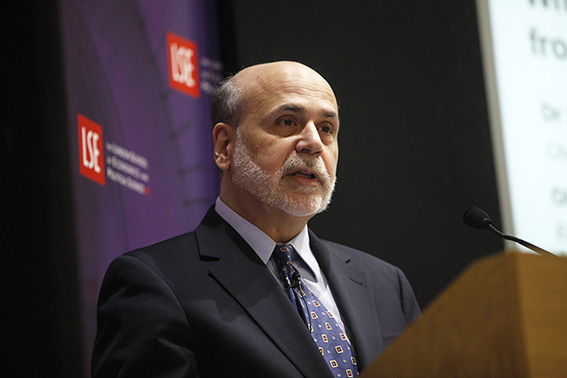 I’ve written plenty about my thoughts on the Fed and all the blathering from the media talking heads. Debates about the timing and probability of a Fed “taper” decision came to a crescendo in the recent week. As is often the case, the exact opposite of what the pundits expected actually happened. It was not a huge surprise the Federal Reserve initiated a $10 billion tapering of its $85 billion monthly bond buying program, but going into this week’s announcement, the betting money was putting their dollars on the status quo.

With the holiday season upon us, investors must determine whether the tapered QE1/QE2/QE3 gifts delivered by Bernanke are a cause for concern. So the key question is, will this Santa Claus rally prance into 2014, or will the Grinch use the taper as an excuse to steal this multi-year bull market gift away? Regardless of your viewpoint, what we did learn from this week’s Fed announcement is that this initial move by the Fed will be a baby step, reducing mortgage-backed and Treasury security purchases by a measly $5 billion each. I say that tongue in cheek because the total global bond market has been estimated at about $80,000,000,000,000 (that’s $80 trillion).

As I’ve pointed out in the past, the Fed gets way too much credit (read: blame) for their impact on interest rates. Interest rates even before this announcement were as high/higher than when QE1 was instituted. What’s more, if the Fed has such artificial influence over interest rates, then why do Austria, Belgium, Canada, Denmark, Finland, France, Germany, Japan, Netherlands, Sweden, and Switzerland all have lower 10-year yields than the U.S.? Maybe their central banks are just more powerful than our Fed? Unlikely.

Readers of Investing Caffeine know I have followed the lead of investing greats like Warren Buffett and Peter Lynch, who believe trying to time the markets is a waste of your time. In a recent Lynch interview earlier this month, Charlie Rose asked for Lynch’s opinion regarding the stock market, given the current record high levels. He had this to say. “I think the market is fairly priced on what is happening right now. You have to say to yourself, is five years from now, 10 years from now, corporate profits are growing about 7 or 8 percent a year. That means they double, including dividends, about every 10 years, quadruple every 20, go up 8-fold every 40. That’s the kind of numbers you are interested in. The 10-year bond today is a little over 2 percent. So I think the stock market is the best place to be for the next 10, 20, 30 years. The next two years? No idea. I’ve never known what the next two years are going to bring.”

Guessing is fun, but fruitless

I freely admit it. I’m a stock-a-holic and member of S.A. (or, Stock-a-holic’s Anonymous). I enjoy debating the future direction of the economy and financial markets, not only because it is fun, but also because without these topics my blog would likely go extinct. The reality of the situation is that my hobby of thinking and writing about the financial markets has no direct impact on my investment decisions for me or my clients.

There is no question that stocks go down during recessions, and an average investor will likely live through at least another half-dozen recessions in their lifetime. Unfortunately, speculators have learned firsthand about the dangers of trading based on economic and/or political headlines during volatile cycles. That doesn’t mean everyone should buy and do nothing. If done properly, it can be quite advantageous to periodically rebalance your portfolio through the use of various valuation and macro metrics as a means to objectively protect/enhance your portfolio’s performance. For example, cutting exposure to cyclical and debt-laden companies going into an economic downturn is probably wise. Reducing long-term Treasury positions during a period of near-record low interest rates as the economy strengthens is also likely a shrewd move.

As we have seen over the last five years, the net result of investor portfolio shuffling has been a lot of pain. The acts of panic-selling caused damaging losses for numerous reasons, including a combination of agonizing transactions costs; increased inflation-decaying cash positions; burdensome taxes; and a mass migration into low-yielding bonds. After major indexes have virtually tripled from the 2009 lows, many investors are now left with the gut-wrenching decision of whether to get back into stocks as the markets reach new highs.

As the bulls continue to point to the scores of gifts still lying under the Christmas tree, the bears are left hoping that new Fed Grinch Yellen will come and steal all the presents, trees, and food from the planned 2014 economic feast. There are still six trading days left in the year, so Santa Bernanke cannot finish wrapping up his +30 percent S&P 500 total return gift quite yet. Nevertheless, ever since the initial taper announcement, stocks have moved higher and Bernanke has equity investors singing “Joy to the World.”