Better Not Sell, Santa Claus Is Coming to Town 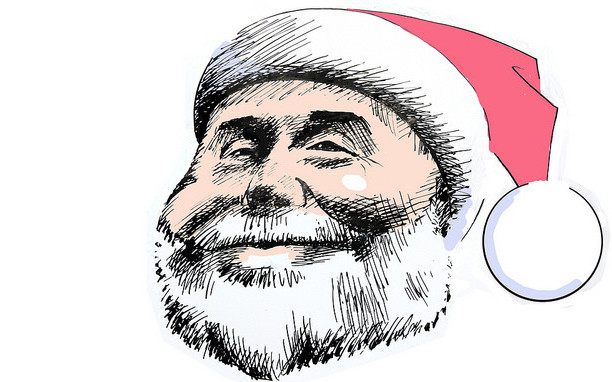 With Christmas around the corner, it’s time to participate in the annual resurrection of the Santa Claus rally. First described by Yale Hirsch, creator of the Stock Trader’s Almanac, in 1972, the Santa Claus rally occurs during the last five trading days of the year and the first two trading days of the new year. Since 1950, the S&P 500 has averaged a gain of 1.5 percent during this period. Since 1896, the Dow Jones Industrial Average has climbed an average of 1.7 percent during this seven-day trading period, climbing 77 percent of the time.

There are a couple of theories for why this time of year produces such a reliable mini-rally in equities. First and perhaps foremost is the idea that money managers tend do a little bit of tax-related dancing come the changing of the calendar, trying to lock in whatever tax advantages they can. Another theory is that people are wasting no time in investing their Christmas or New Year bonus, sending a fresh flush of money into the market all at once. A third, more nebulous theory is that investors simply feel a little better during the holidays and invest more bullishly than they may otherwise.

The Fed is holding a policy meeting on December 17 to 18, the second to last one for Chair Ben Bernanke. Mohamed El-Erian, CEO of Pacific Investment Management Co., estimates that there is a 60 percent chance that policymakers will announce a tapering of asset purchases alongside a package of other policy changes. Speaking to Bloomberg’s Betty Liu and Cory Johnson on December 17, El-Erian said that, “The idea is that the Fed is going to offer the market a package, and the market is going to be reacting to the package and not just one element, which is the taper.”

Many investors and market watchers have attributed the post-crisis market rally to the Fed’s highly accomodative monetary policy, and, specifically, to quantitative easing. Combined with the zero-bound target federal funds rate, quantitative easing has helped reduce the cost of credit over the past few years, allowing corporations to borrow and spend. The intention of this policy position is to spur pending in interest rate sensitive sectors, which, as Fed Vice Chair Janet Yellen articulated in her recent testimony before the Senate Banking Committee, should “stimulate a favorable dynamic in which jobs are created, incomes rise, more spending takes place.” However, when this stimulus is reduced the market rally is expected to lose some of its steam, and if a taper is announced before Christmas there may be no Santa Claus rally this year.